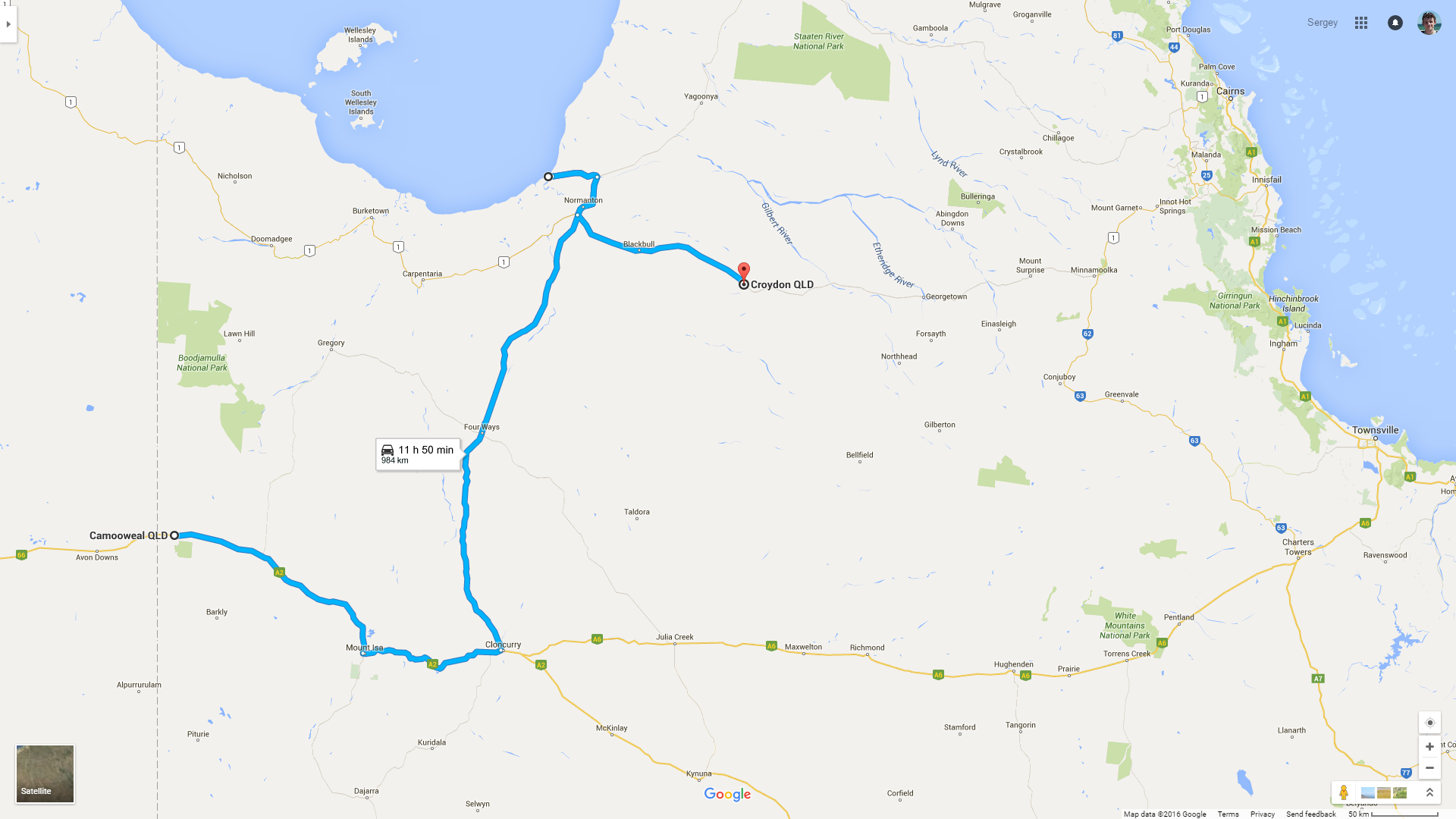 After having slept beautifully, I get up at 5 a.m. and finish eating and packing up before dawn. As the sun rises, I add a bit more oil to the engine (just in case) and take off. Ahead lie Queensland and the mining town of Mount Isa.

Mount Isa reminds me of Port Hedland somewhat. It has the same industrial feel on its outskirts: the same trucks, the same dusty highways, the same lack of people on the streets. Behind it, the desert ridges stretch from the horizon to horizon, and the speed limit changes to 100 km/h. After Northern Territory's 130, it feels like an insult. Simply out of principle I set the cruise control to 104 and drive further east. Just before Cloncurry I turn northwards again, to the Gulf of Carpentaria. Of course, I can continue east and reach Townsville tomorrow, but that would be too easy. Besides, I was always fascinated by the Carpentaria region, and I'd really like to see it closer.

The desert changes back to savannah gradually. Around noon I stop at the Burke and Wills Roadhouse to refuel. A lot of cars and people around, most of them with campervans or boats in tow. Unsurprisingly so: the Gulf is famous for its fishing. I leave the fishermen and anglers behind and drive further. The scenery becomes wilder and wilder. It's hard to explain why, but there's just something particularly remote and otherworldly about this area; the further you travel north, the more noticeable it becomes.

Suddenly the highway shrinks and turns into a one-lane road. A few kilometres like this, then two lanes again… and then back to one. It repeats many times. Not enough funds to build proper roads? I violate the speed limit and run 120 along these one-lane patches: I don't want a dusty rendez-vous with an approaching vehicle. I keep overtaking the boats in tow: apparently, it's hot season for fishing in the Gulf. 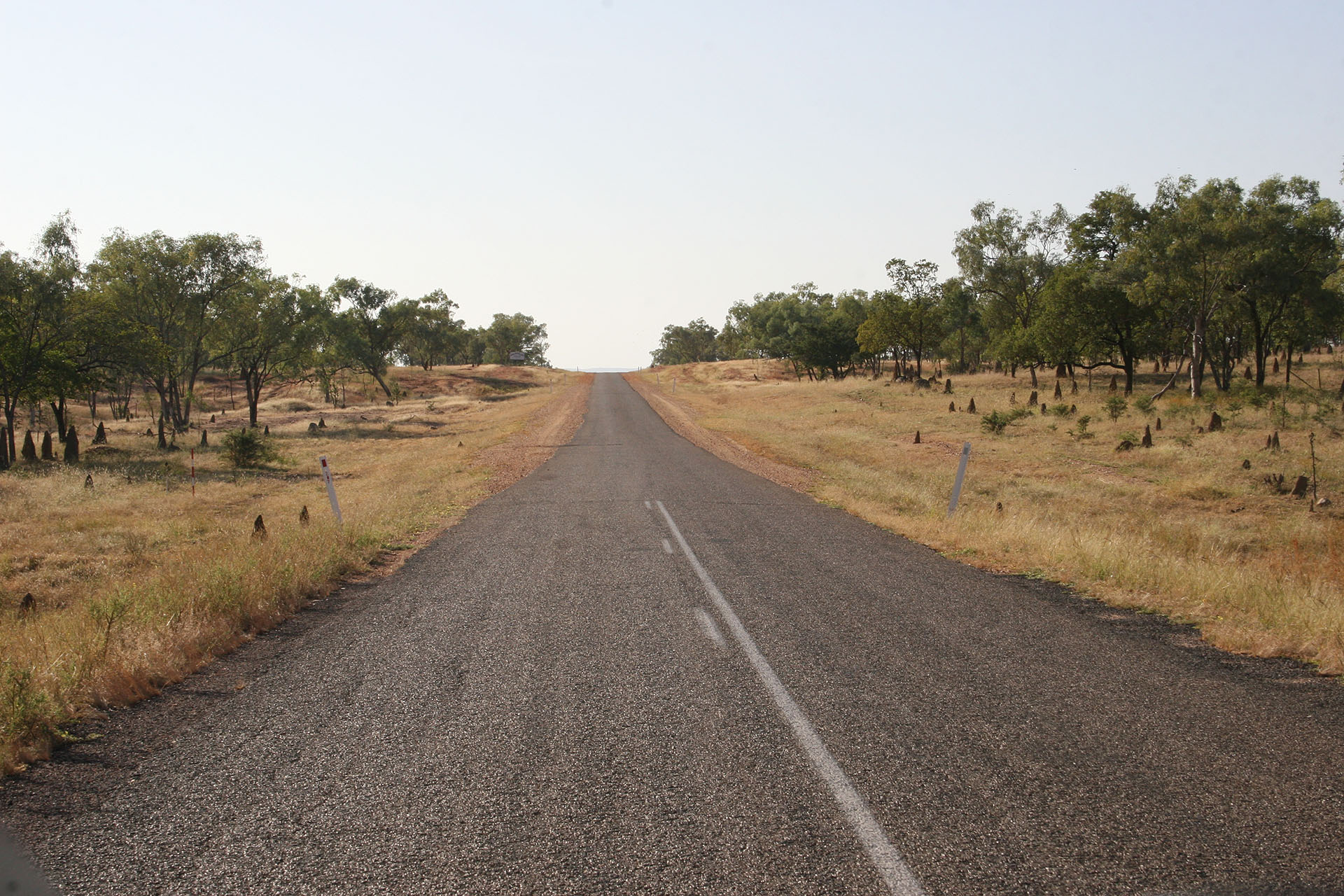 The more I drive further north, the more I feel the odd, prehistoric vibe of the region. It's almost like an enormous beast can crawl out of the savannah any minute; or, maybe, not even a beast, but some nightmarish creature brought to life by H.P. Lovecraft or Stephen King. Not to attack or to eat: just to look at me for a while and crawl away slowly, still not quite convinced in my existence. The narrow, one-lane road somehow adds to the feel, too: as if civilization itself is too cautious to invade these lands and tries to occupy as less space as possible here with its black bitumen arteries. 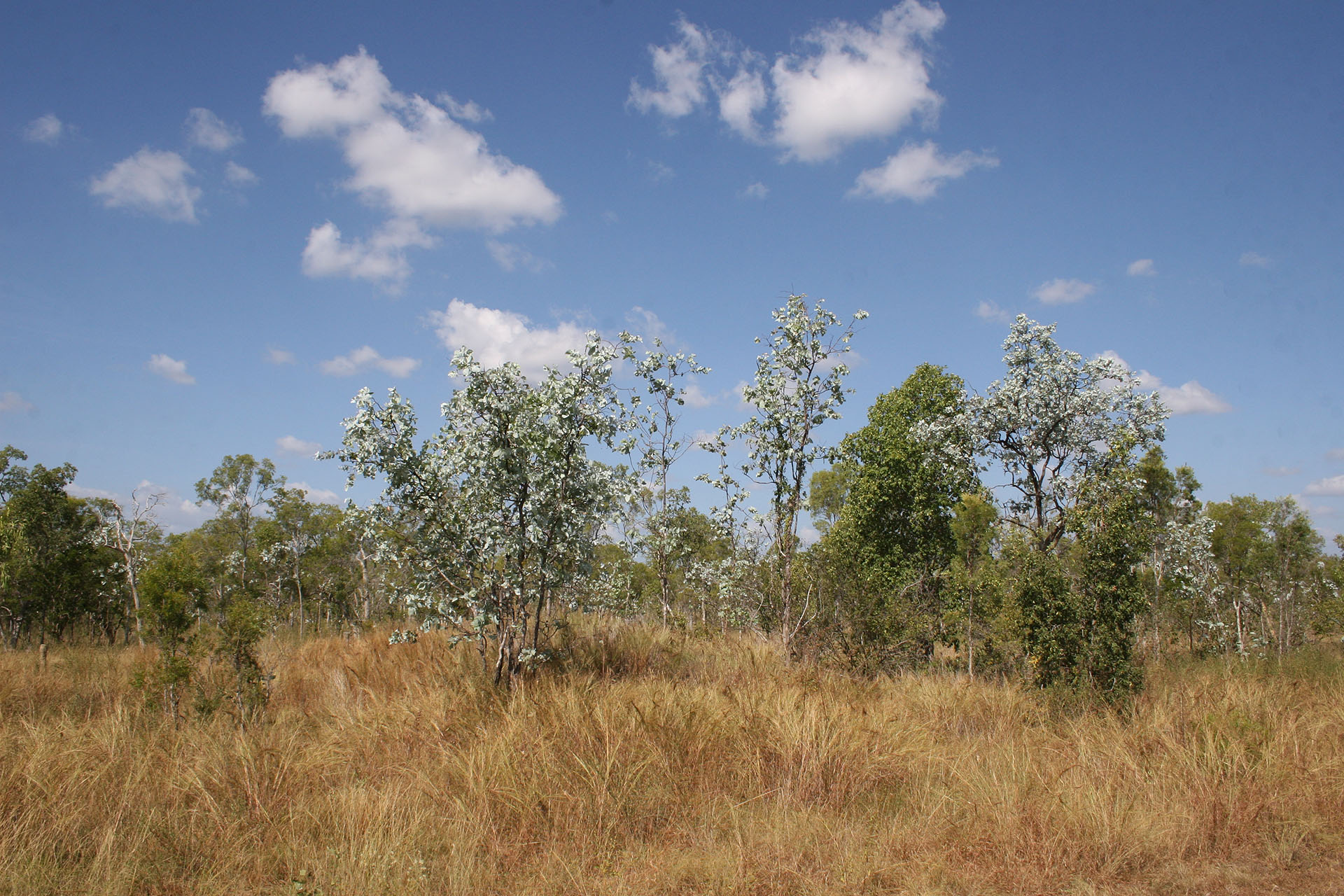 This haunted, otherworldly feel dissolves somewhat as I approach the Gulf. I pass Normanton, which also looks a bit wild, and drive further towards Karumba. Savannah is replaced by vast sandy plains, which look like they are flooded quite frequently. A giant, dark-grey bird with a red spot on its head looks at my car without blinking, standing on one foot in a ditch full of water.

I finally reach Karumba and approach the Gulf itself. Time to take a closer look at this body of water, which once was just a giant lake between here and New Guinea. Its waters are turbid and brownish-green, with quick and angry waves all over. A lonely pelican rocks slowly on them, paying no attention to me. The Gulf is warm to the touch and salty on the tongue. Well, that's all there is to it, then. Now that I've seen the Gulf at last, time to head back south, and then – further east, towards the new sights and new places. 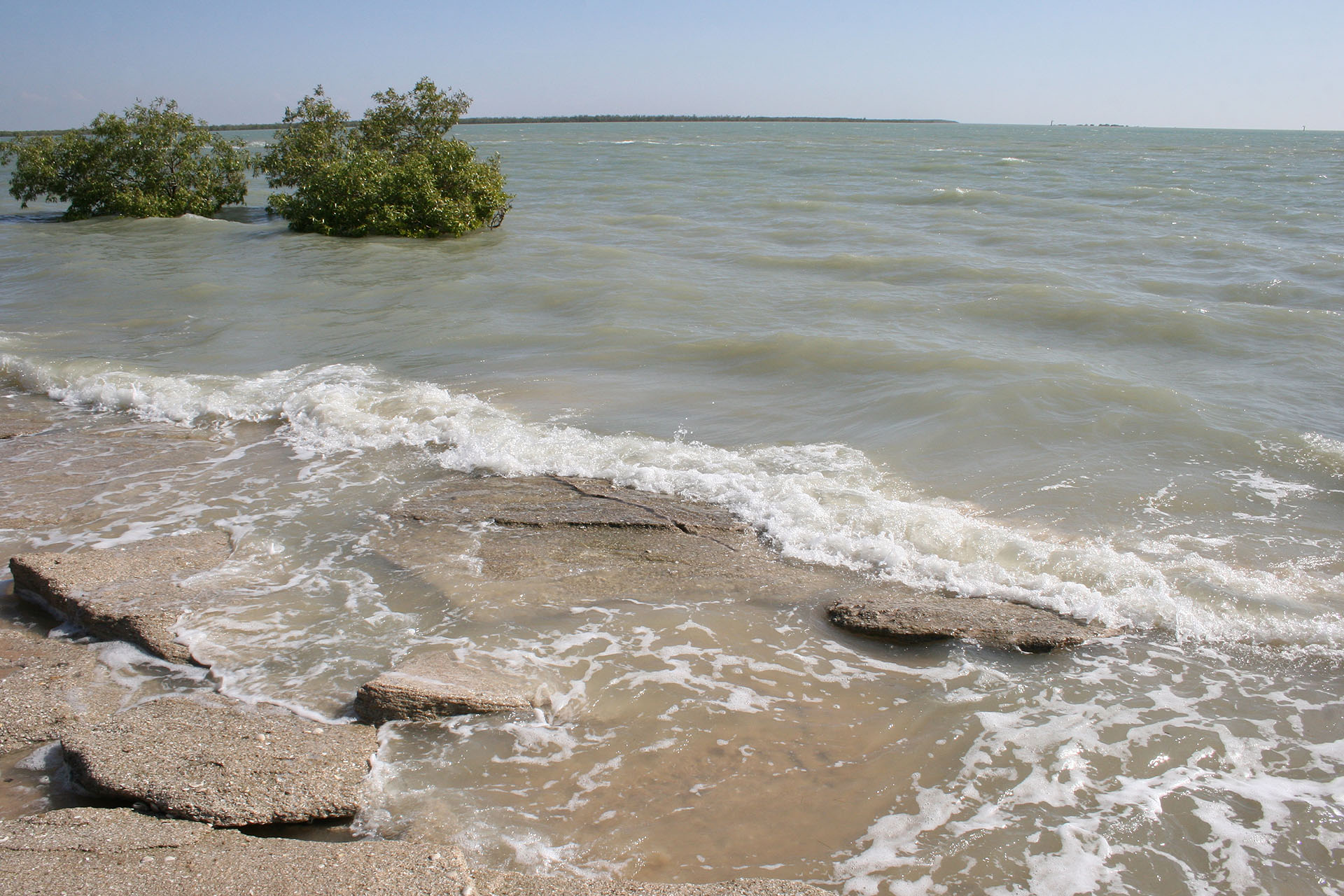 The Gulf of Carpentaria.

I pass the same prehistoric savannah on my way back to Normanton; there I stop and try to refuel my Tucson at a supposedly automatic service station: it's basically a one lonely bowser with no people or instructions around. It looks old and abandoned, but it does smell of fresh fuel. Weird. I fail to make it work, then shrug and hop back into the car, to drive further south and to make a turn east a bit later. No detours or distractions all the way to the Pacific now. The speed limit changes back to 110 km/h unexpectedly. Wonderful.

As I drive across the Gulf Savannah, the sun slowly sets down behind my back. Suddenly my eyes widen and I hit the brakes: a giant lizard is crawling across the road! It's really huge, about a metre long. I can even see its forked tongue as it turns its ugly head and looks at me reproachfully, as if asking what the hell I am doing here. I carefully leave the creature to the left and move on. I thought I saw it all on these roads: kangaroos, emus, cyclists, hikers… but giant lizards is just a little too much. Or is it? Just a few kilometres later I see another local inhabitant hurrying across the road: a long, oily-glistening black snake. What a friendly, hospitable land I'm entering now.

I finally reach Croydon and stop at their caravan park for the night. Just as I'm about to park the car, I notice the amber glow of the engine light. Dammit! I'll think about it tomorrow. I get out and start to put up my camp. 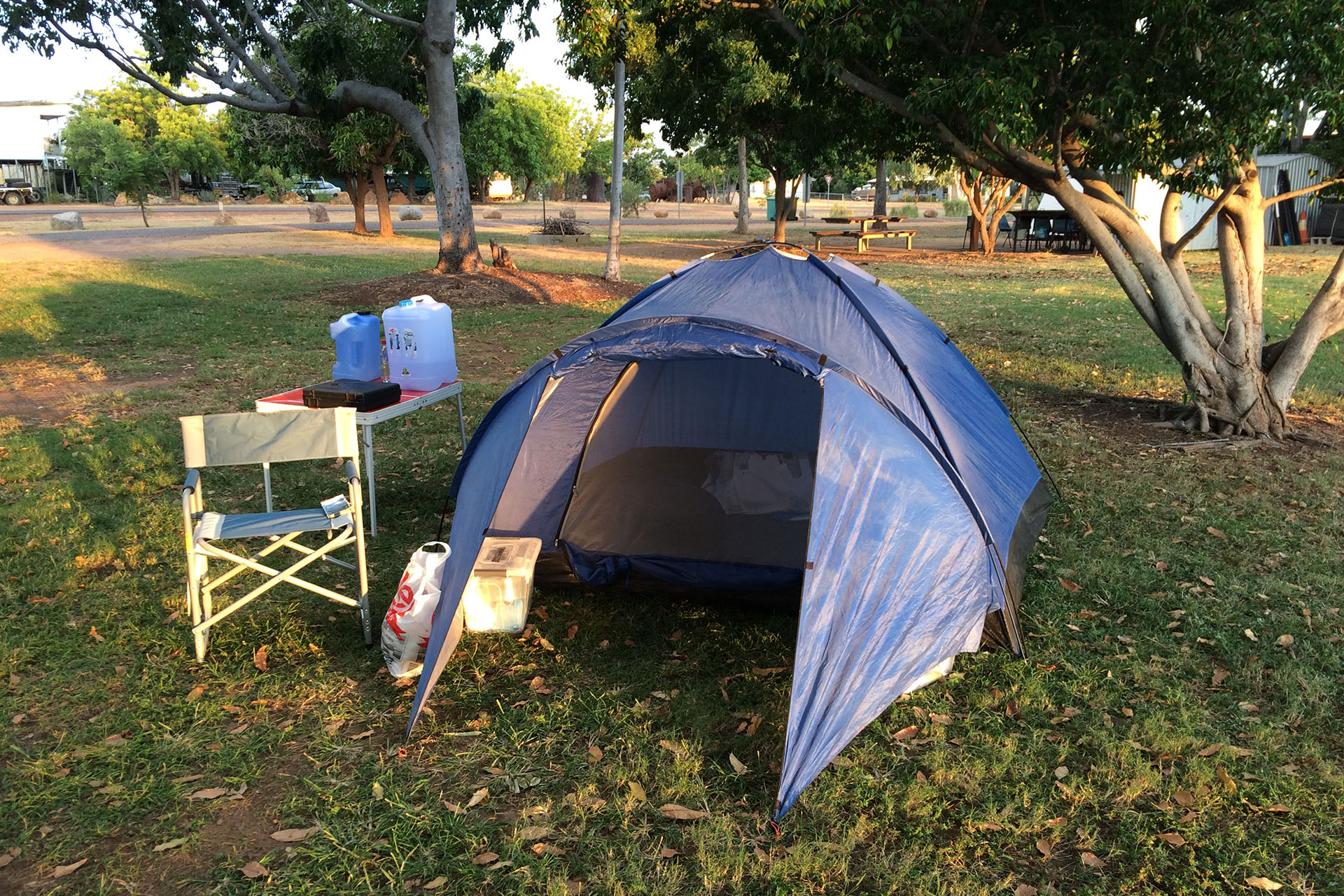 After a quick dinner I visit the ablution block to take a shower. It's already dark, and fat frogs are already all around it, waiting for mosquitoes patiently under the yellow lights. One can only hope that poisonous snakes don't wait for these frogs somewhere nearby. There are indeed some mozzies around, but not too many, and it's not too humid either. Good.

Back in my tent, I make a few calculations and find out that I'm exactly three days ahead of schedule by now. Not too bad either. 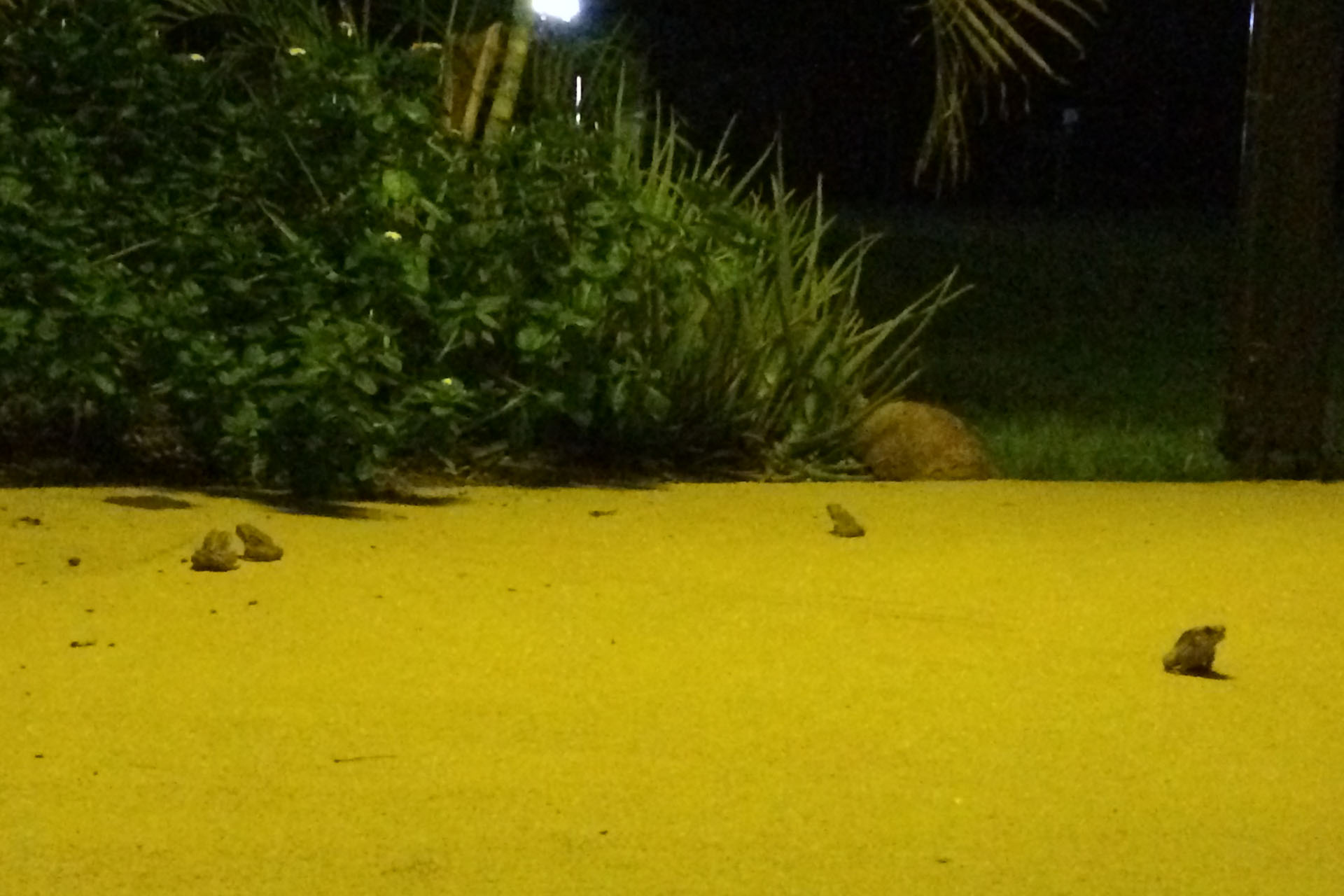