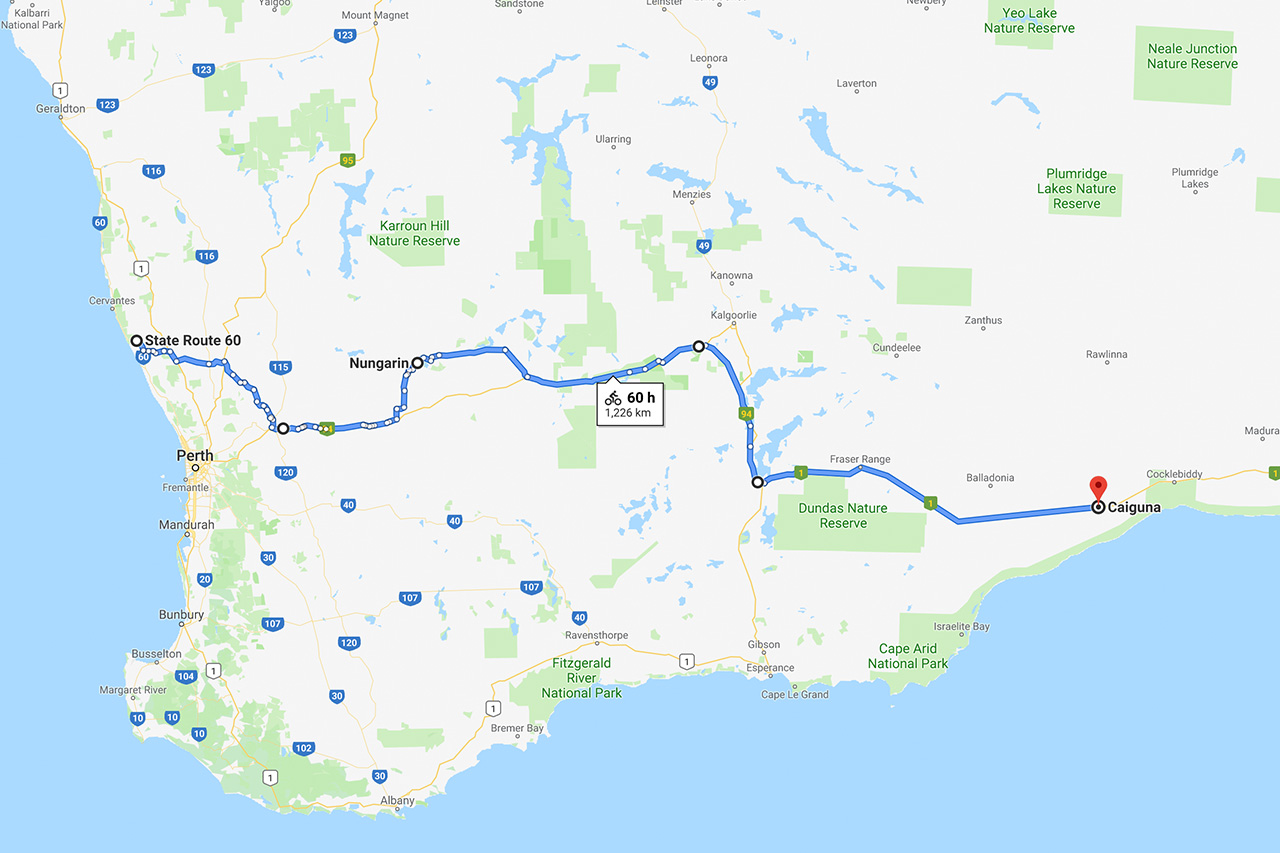 At this point, my journey west pretty much over, really. There isn't a lot more west left to this beautiful continent now, is it? Technically, of course, we still have Steep Point, which is maybe a hundred K's further westward on the map... but I don't think I'd like to go that far just yet. Probably it's time to turn back east; and to that end, I turn on the Great Eastern Highway towards the town with a romantic name of Southern Cross. 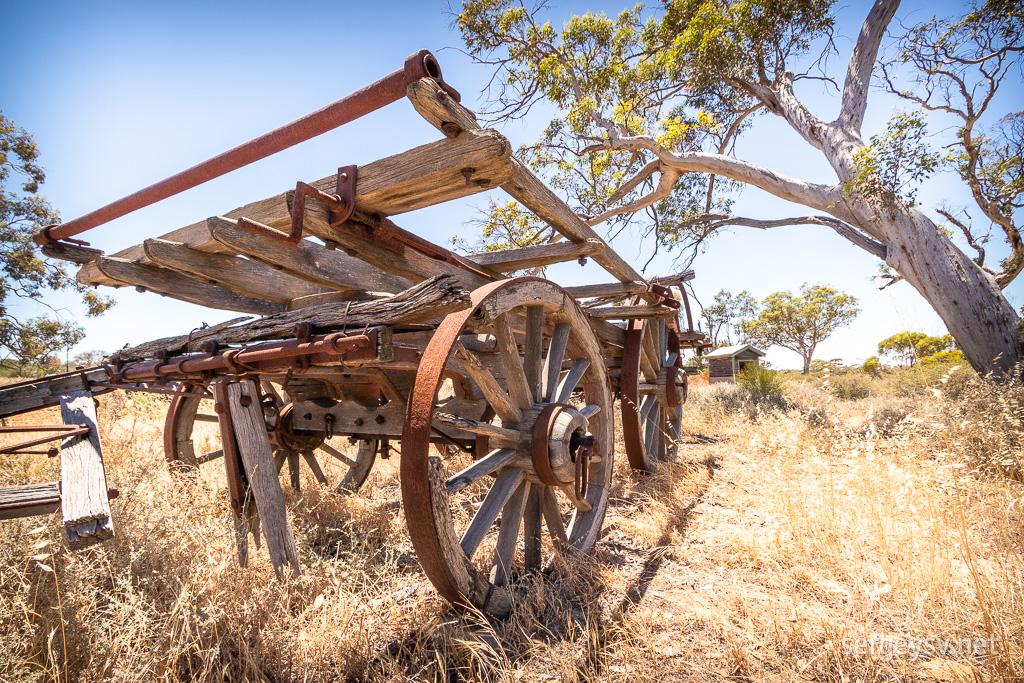 The road is quite monotonous, to be honest. This region of Western Australia is called the Wheatbelt, and I can see why as all the endless grain fields are now rolling past my windows. They're all brown and dry at the moment, of course, because it's summer, and because it's still unbelievably hot: if not 40 degrees, then at least 35. I must have been riding some sort of a heatwave for the last couple of weeks.

Near Nungarin, at about 1 p.m., I stop at a place called Eagle Rock, which I like so much that I decide to stay there for the rest of the day. It's still quite hot, but inside my awning tent with open windows it's manageable. I'm getting to like this tent more and more, as a matter of fact. With 2 by 2.5 metres of the inside space, it has room for everything, and it's not that difficult to set up either as I'm getting used to it: maybe about 15 minutes, including the awning itself.

This place also has some very basic amenities (a very poorly maintained toilet), it has no one else around, and most importantly, it has mobile coverage. The Rock itself – and the Lake Campion next to it, waterless at this time of year – also look scenic enough to be worthy of something photographically a bit later. And I do manage to do some nice shots there, both at sunset (when I get briefly interrupted by a group of youngsters with a dog, who leave very soon) and sunrise. 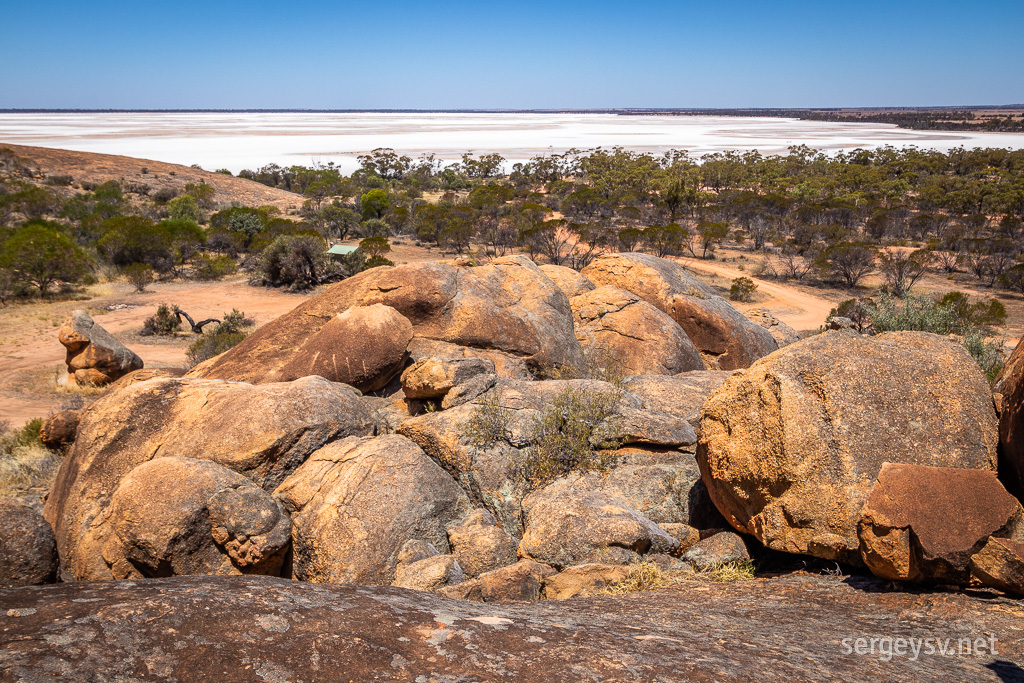 The rocks, the lake, and the camping spot (you can even see the roof of the toilet). 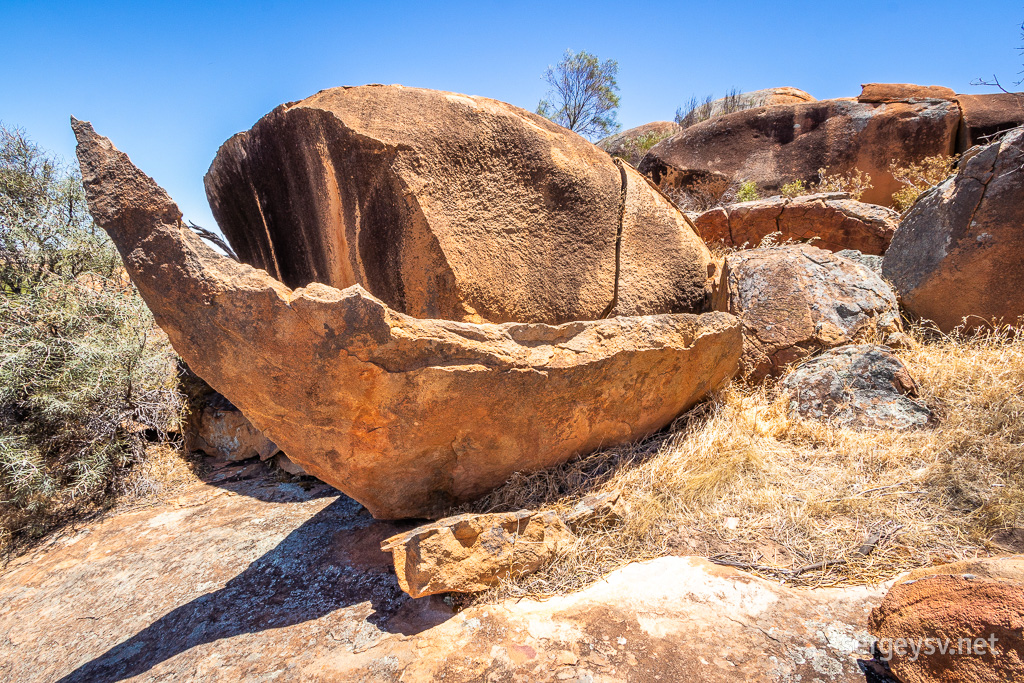 All kinds of wacky rocks! 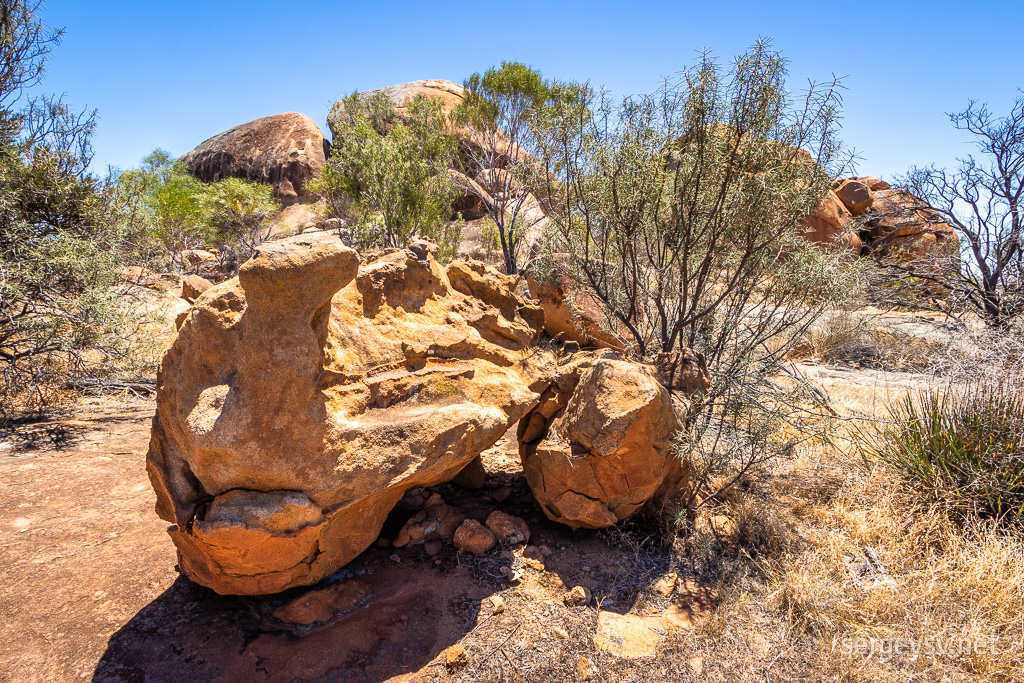 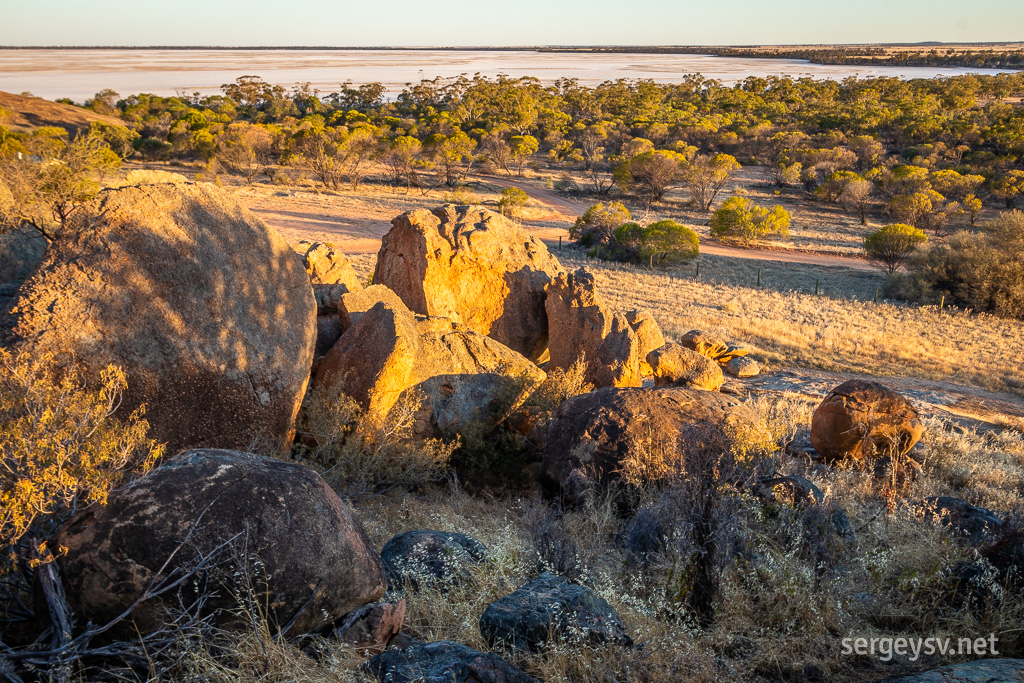 Shadows are getting longer. 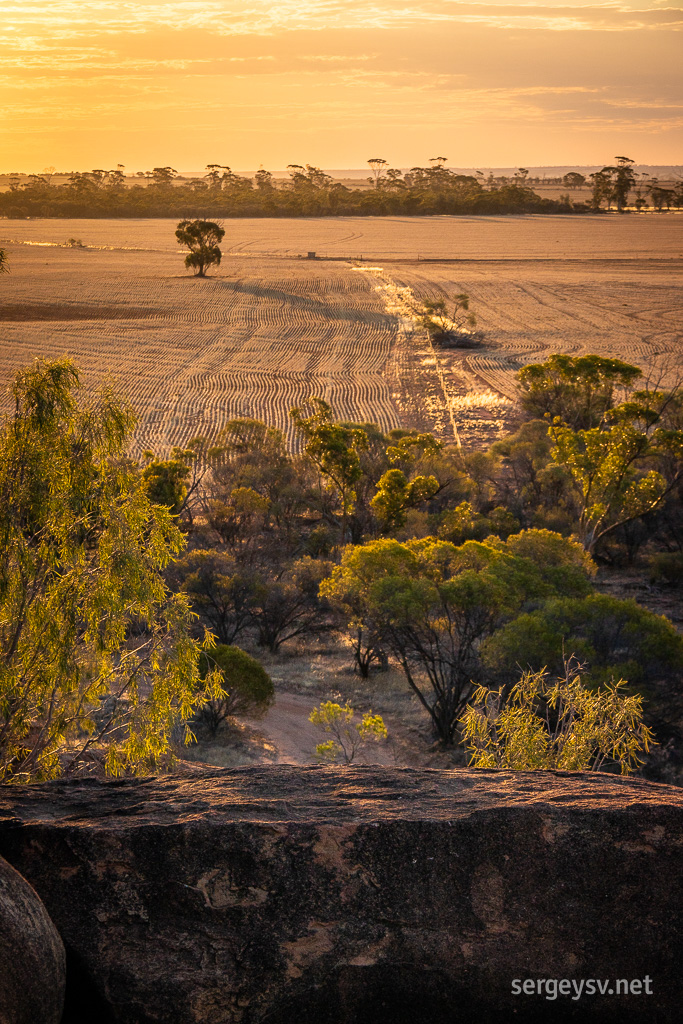 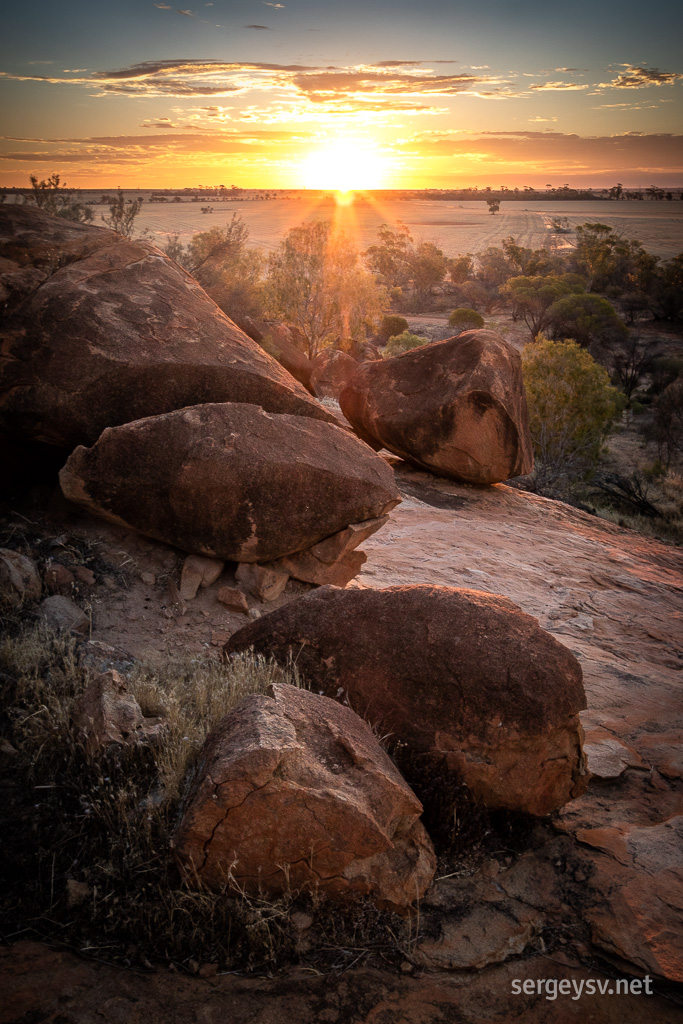 A hot day is finally over. 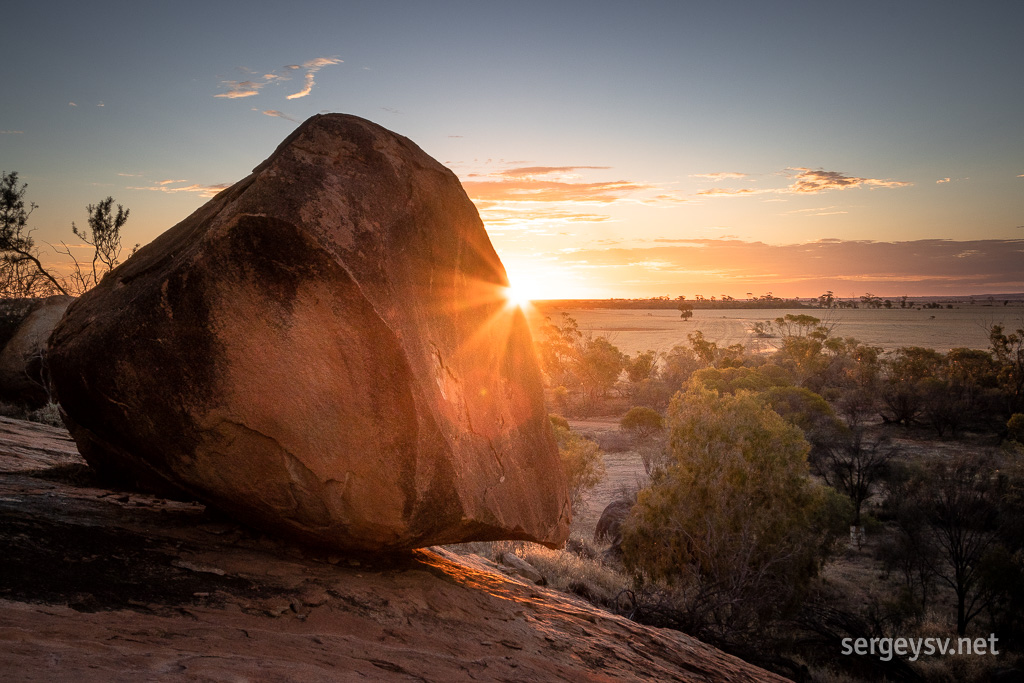 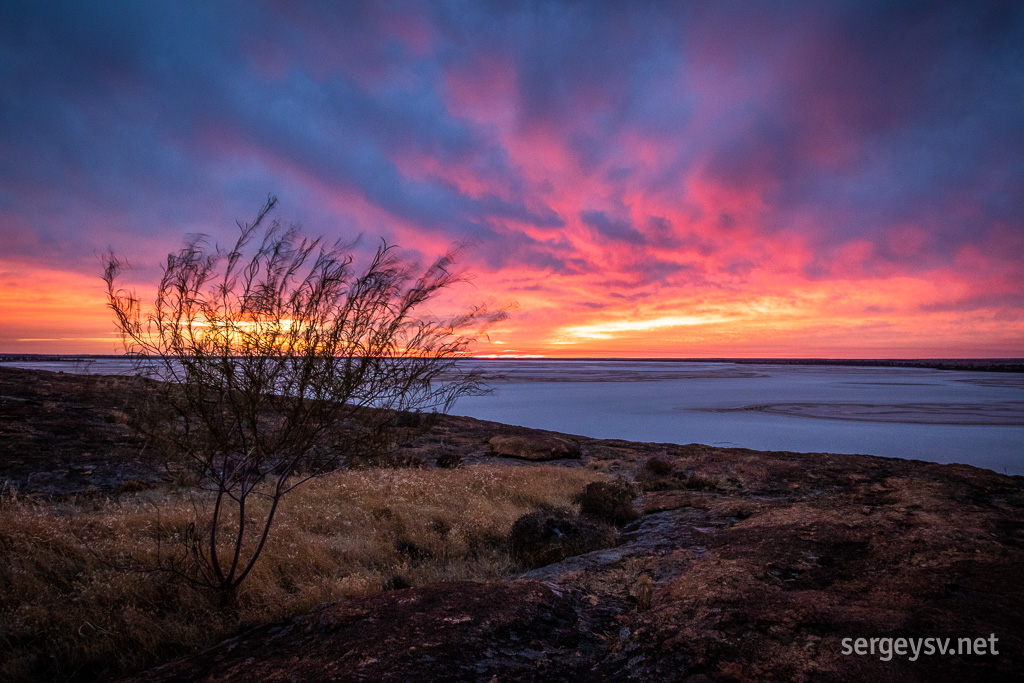 A new day is about to begin. 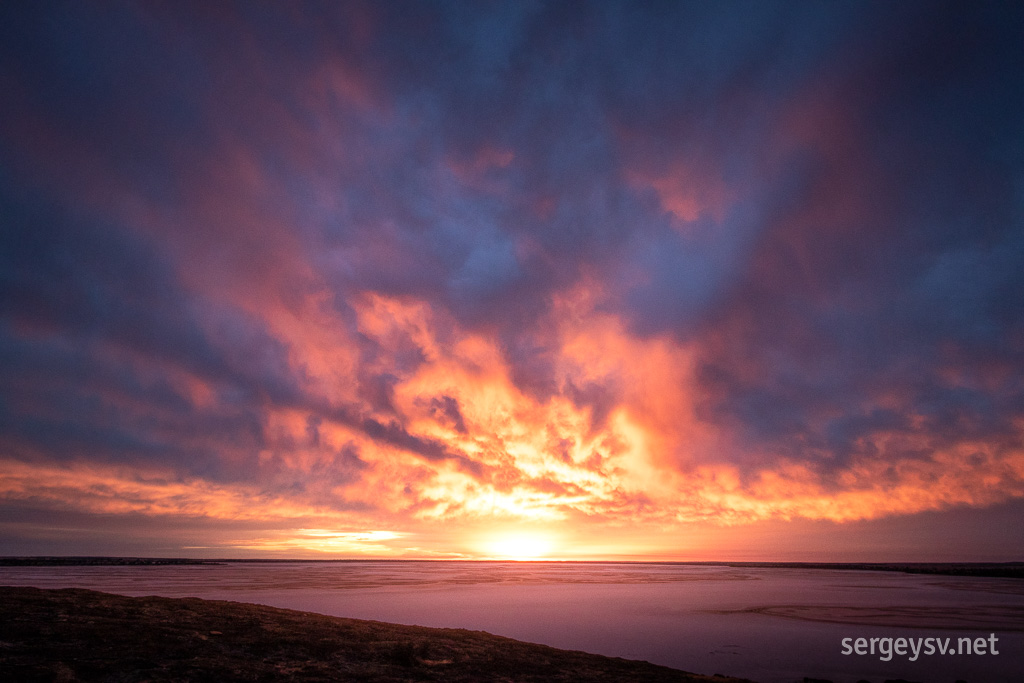 Once that's out of the way, I pack up again and resume my journey, heading towards Norseman now. The only problem is that it's Sunday, and all the shops are closed everywhere, and I really don't want to take a detour to Kalgoorlie, which is big enough to have something open during weekends. The reason I'm so keen on shopping is that I'm running out of gas for my cooker: only a couple of bottles left, which isn't enough to let me comfortably spend a few days out on the Nullarbor Plain (which is now my basic plan).

And then I make a mistake. Instead of spending the night somewhere next to Norseman, waiting for Monday, then replenishing my gas supplies and resuming my journey without a care in the world, I decide to drive further east. There's plenty of roadhouses, I think; at least in one of them they should sell those bloody butane bottles. But neither in Balladonia, nor in Caiguna I have any success: they simply don't sell these bloody butane bottles! Damn.

It's pretty late by now, so I turn off the highway and camp next to the Caiguna Blowhole. The place looks very non-assuming, and a bit dusty as well; but during sunset, I'm suddenly treated with a gorgeous display of colours, rivalling that of that unforgettable night a week ago. Well, at least I got something out of my reckless spurt east. However, tomorrow's Monday, which means that my leave is now almost over, and in the morning I have to report for duty at work. 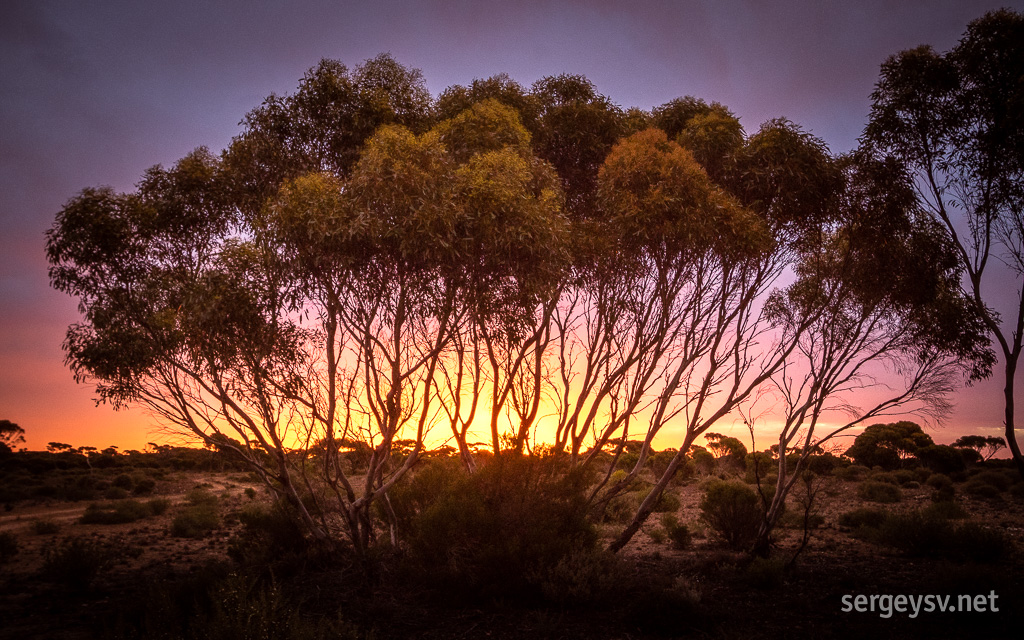 Mallee gums are watching the sunset. 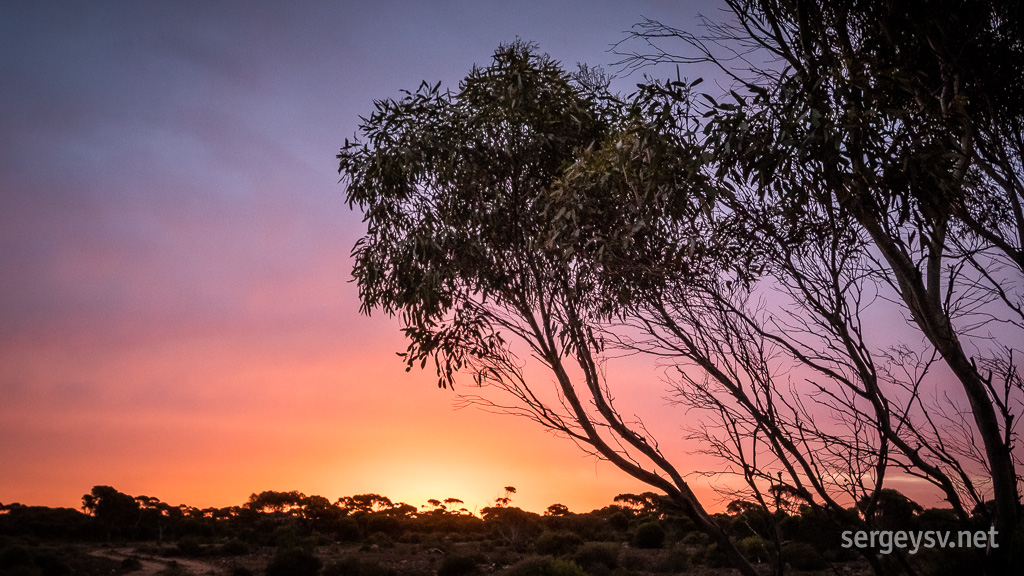 In clumps, or by themselves. 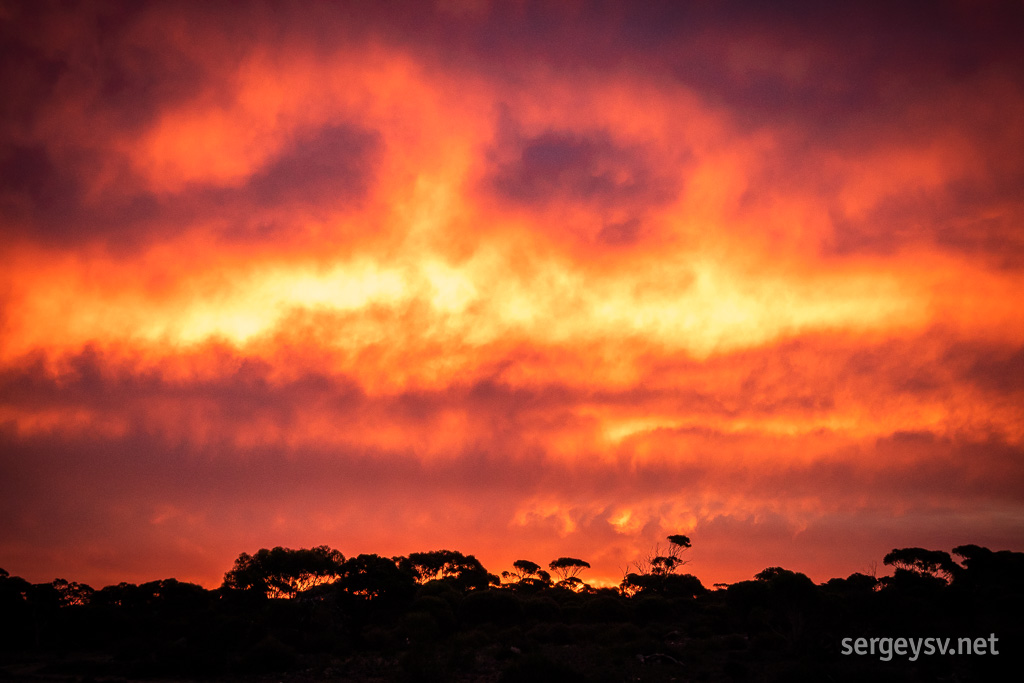 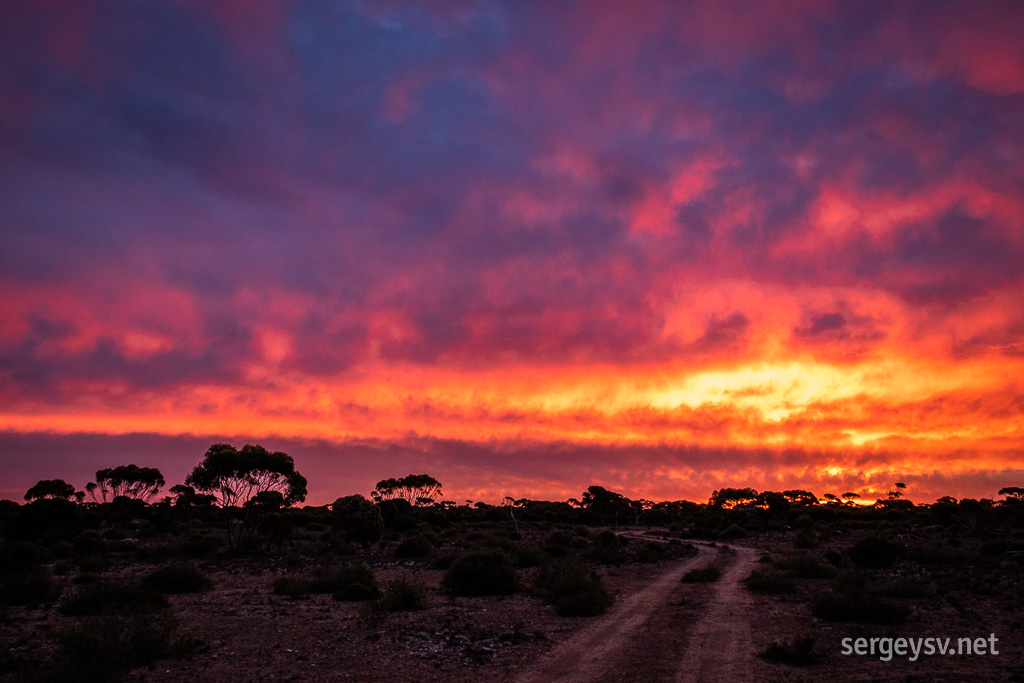 Anyone wants to drive into sunset?