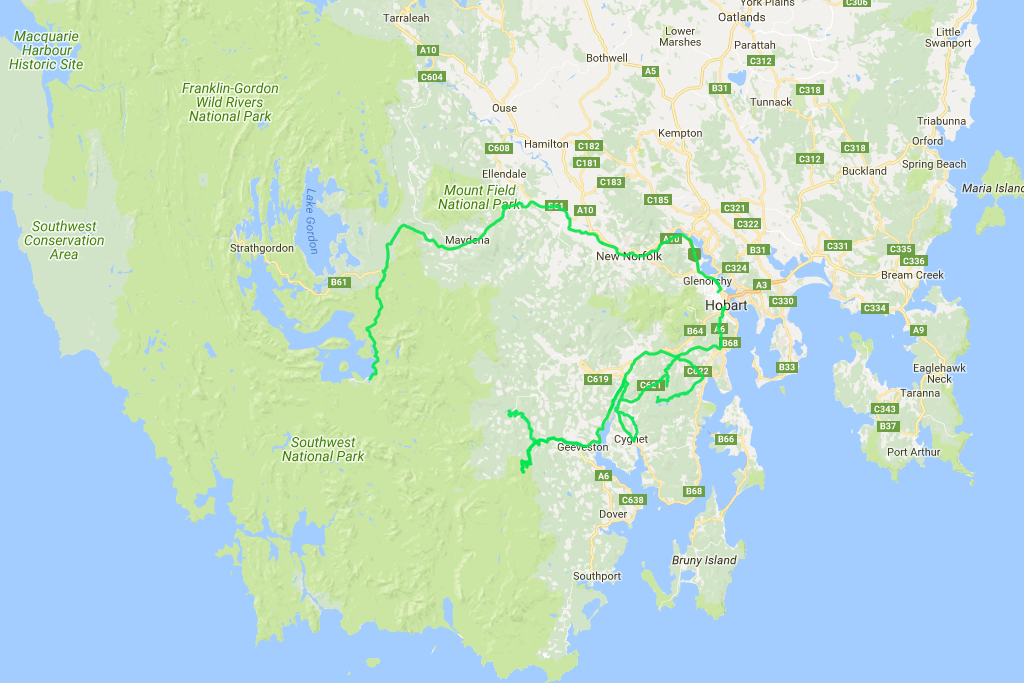 The area around Lake Pedder is quite elevated, and as a result the night is quite chilly: 8°C by the time I wake up. Should have brought an extra blanket, even though it's way more comfortable and warmer to sleep in a car rather than a tent. Anyway. Time to head back to the highway and further east thenceforth. 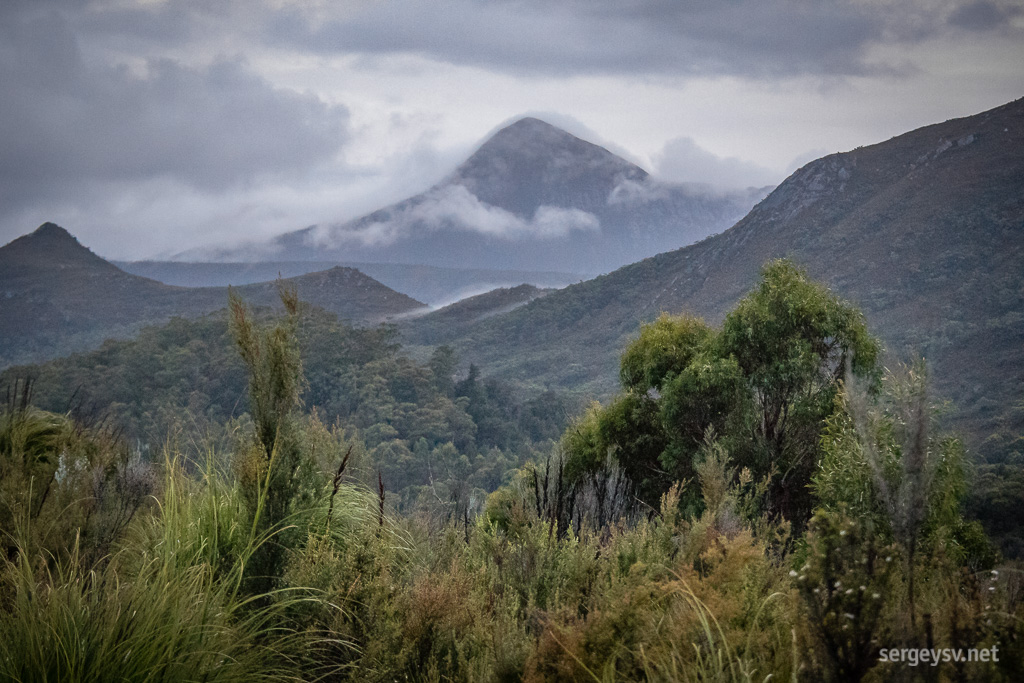 Just before I do that, I make a quick stop for the Creepy Crawly Nature Trail, which is totally worth it. True to its name, it doesn’t let you walk upright for too long: long, thin moss-covered trunks hang so low over the footpath that you literally have to creep and crawl under them. Not sure who came up with this idea, but massive points for creativity here. 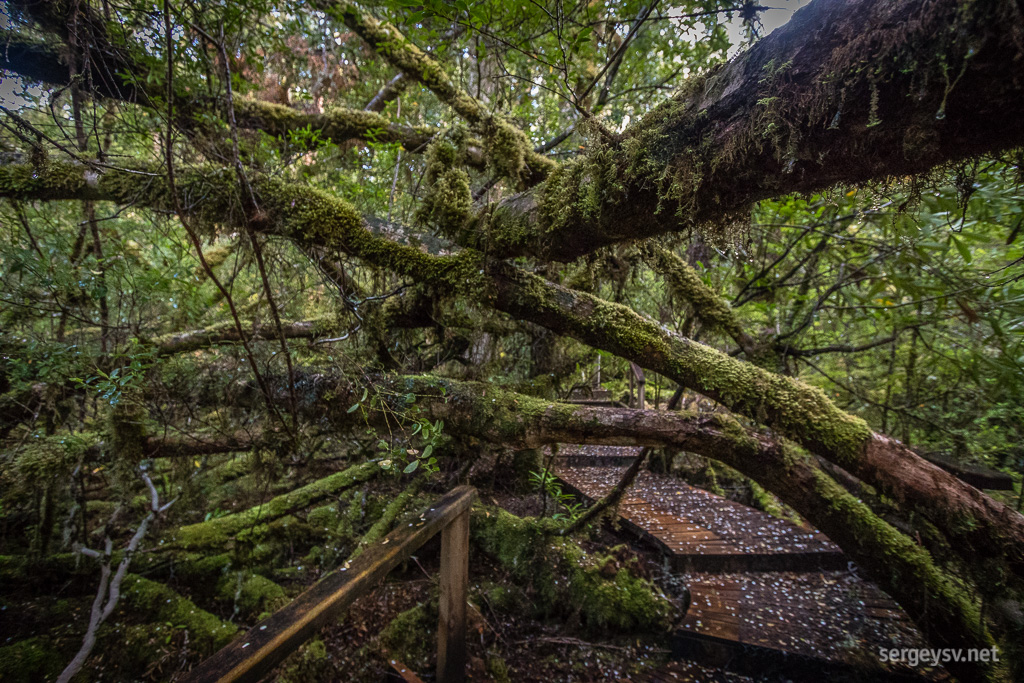 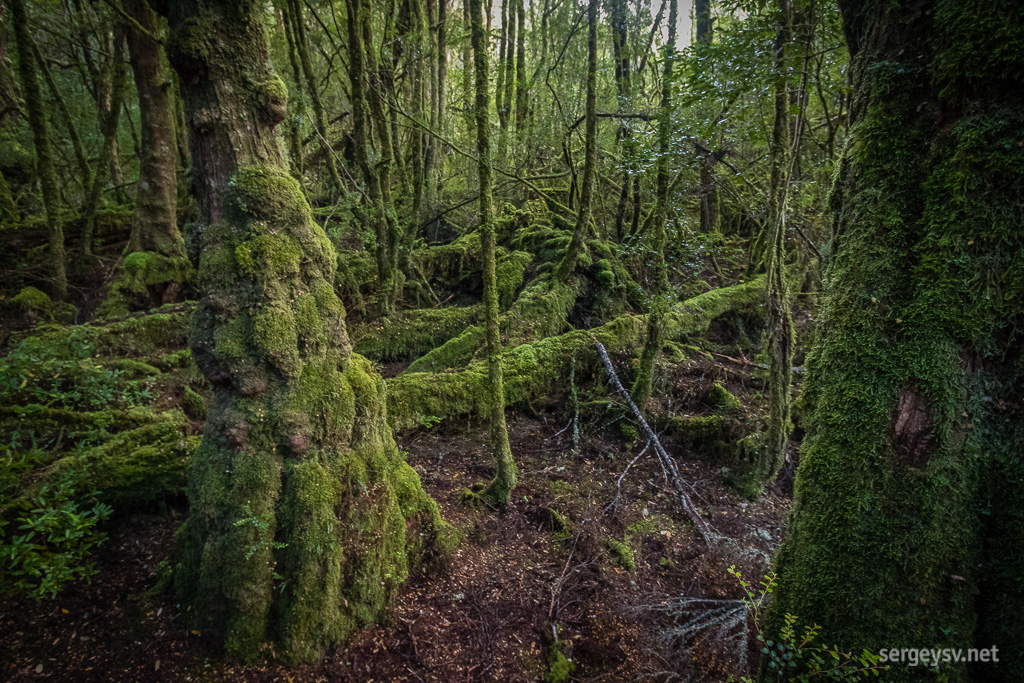 No such thing as too much moss.

The scenery gradually becomes more and more civilised as I approach Hobart. From wild-looking mountains to cosy farmlands and slowly increasing traffic – Tasmania has it all on a very limited space. 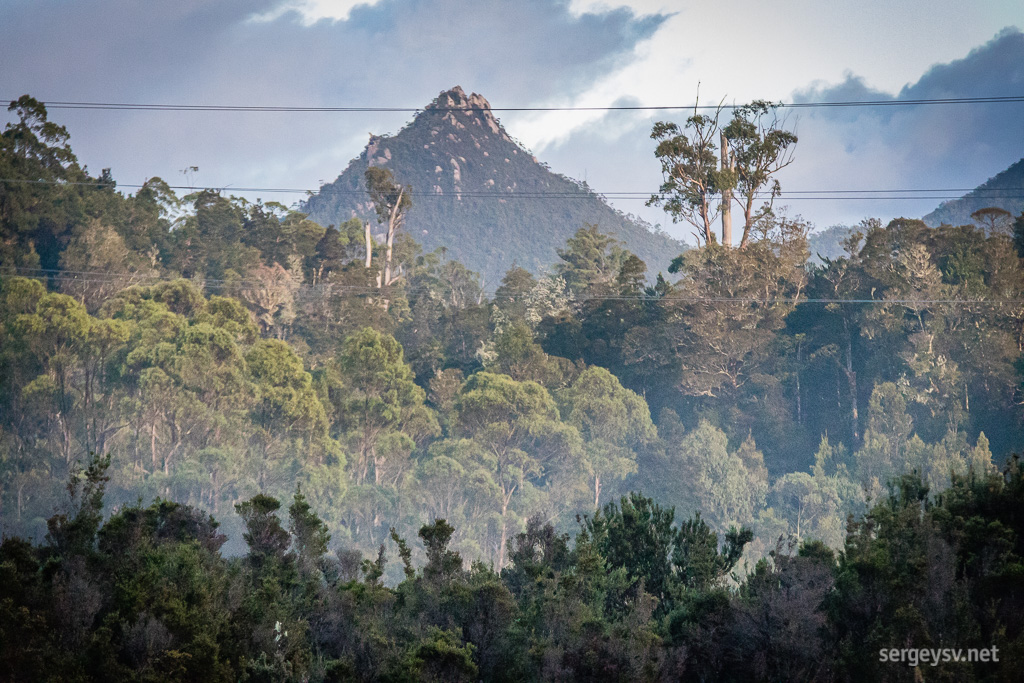 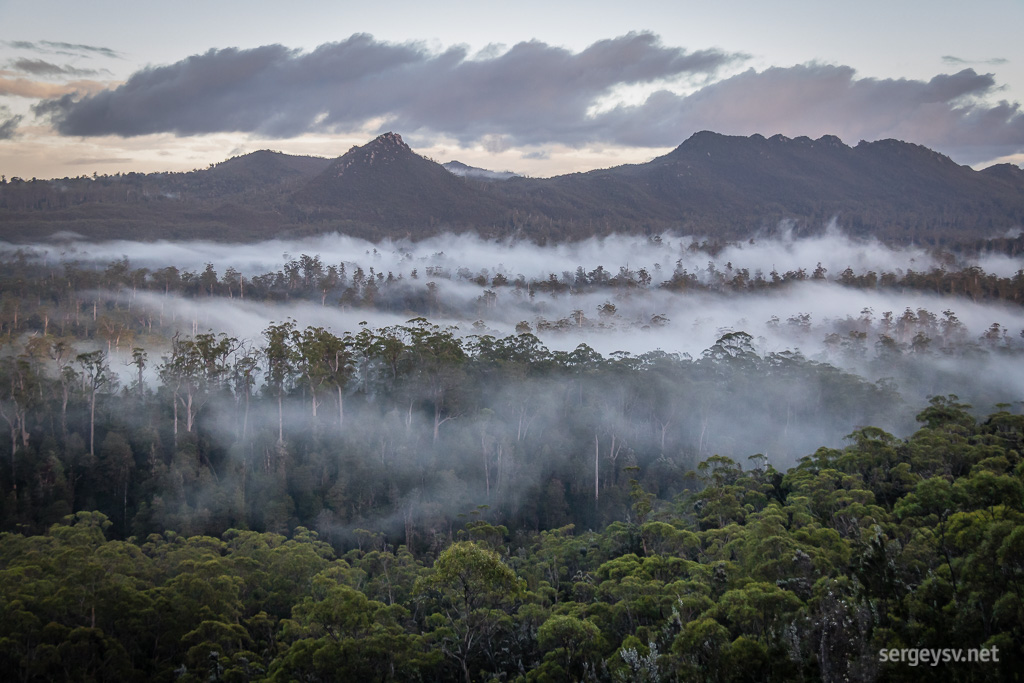 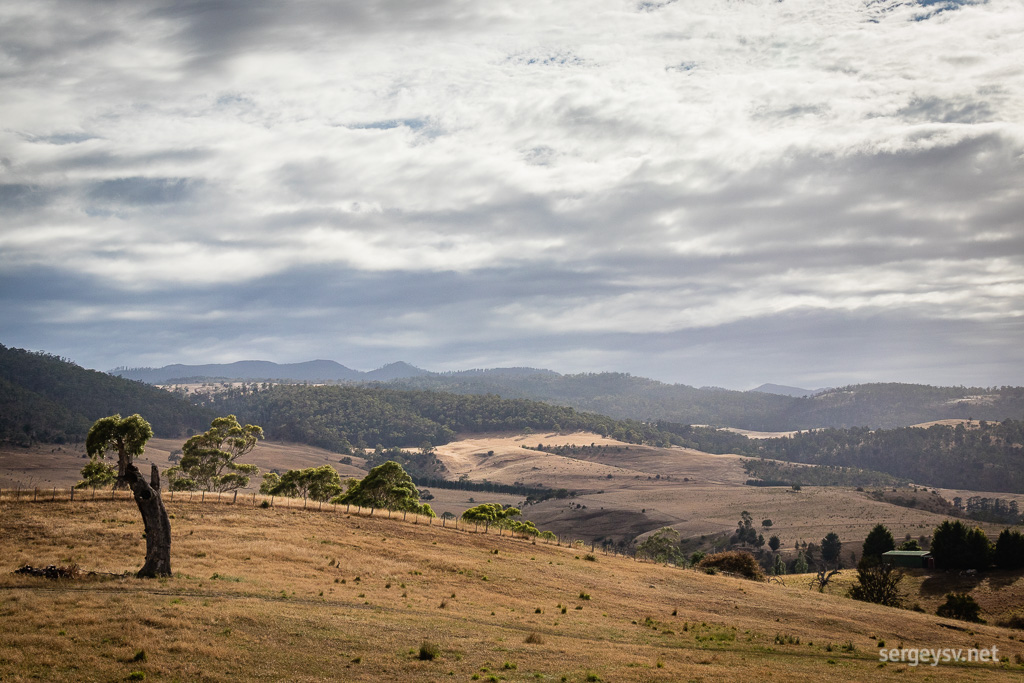 Farmlands in the morning.

And here’s Hobart, where I stop for a brief tea and chat with Michael. I think about taking a short stroll along the central areas, but eventually decide to just drive around a bit and save walking for later. 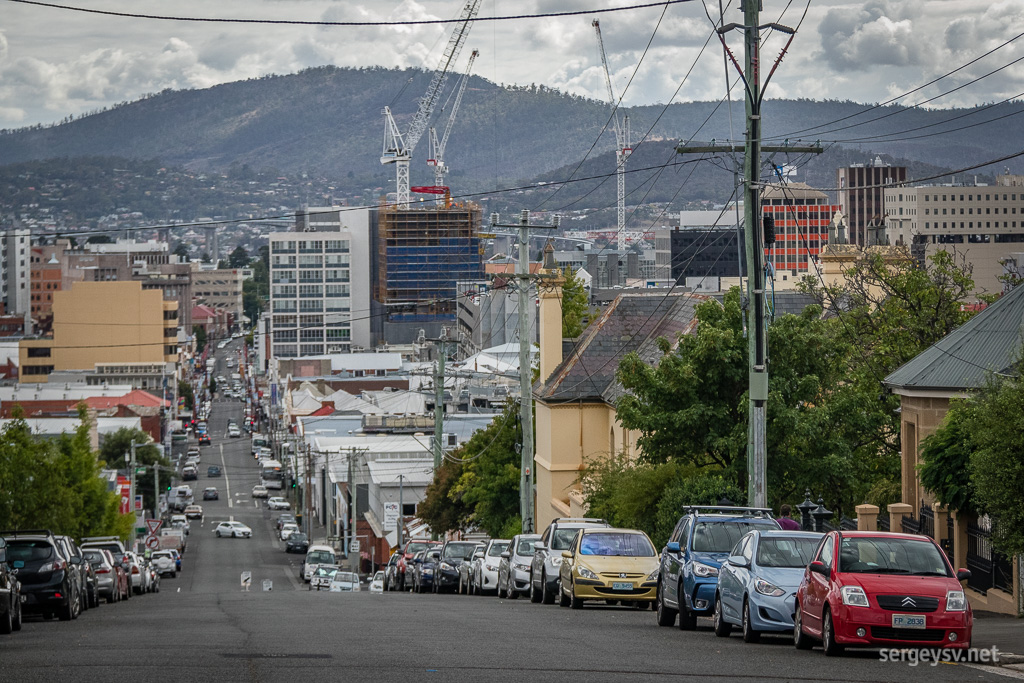 Next stop: Geeveston and the famous Tahune Air Walk, one of the longest canopy walkways in Australia and indeed the whole world. The entry fee of $30 bites a little, but it’s worth it. With your feet 40 metres above ground amongst even taller gum trees, it makes for quite an experience, and feels even more majestic than the Tree Top Walk near Walpole, WA, that I did in 2016. 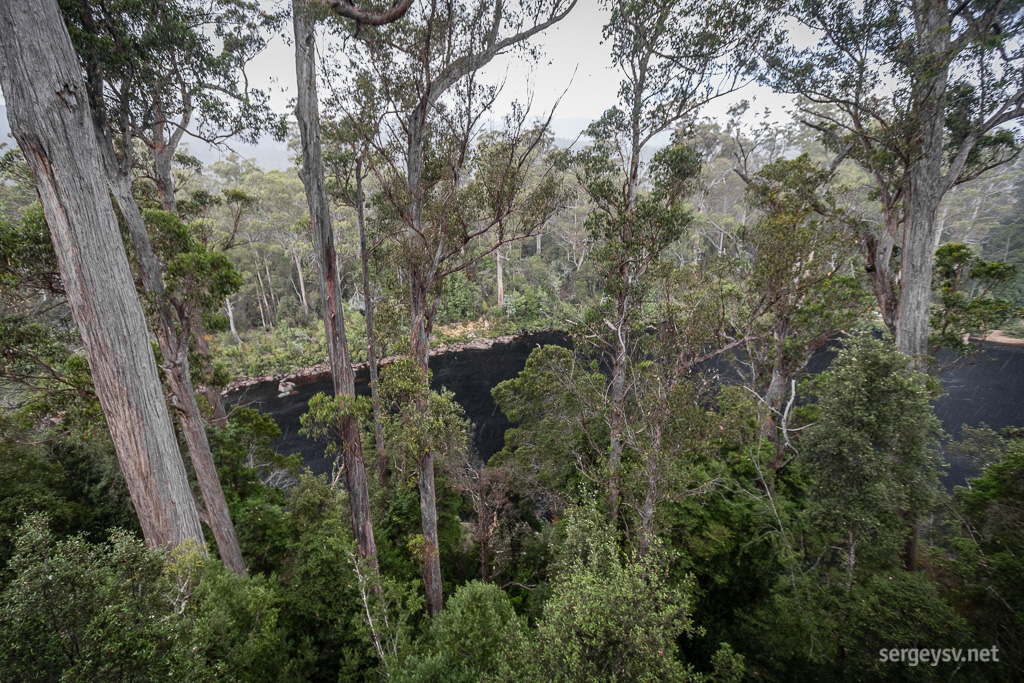 Looking through the canopy. 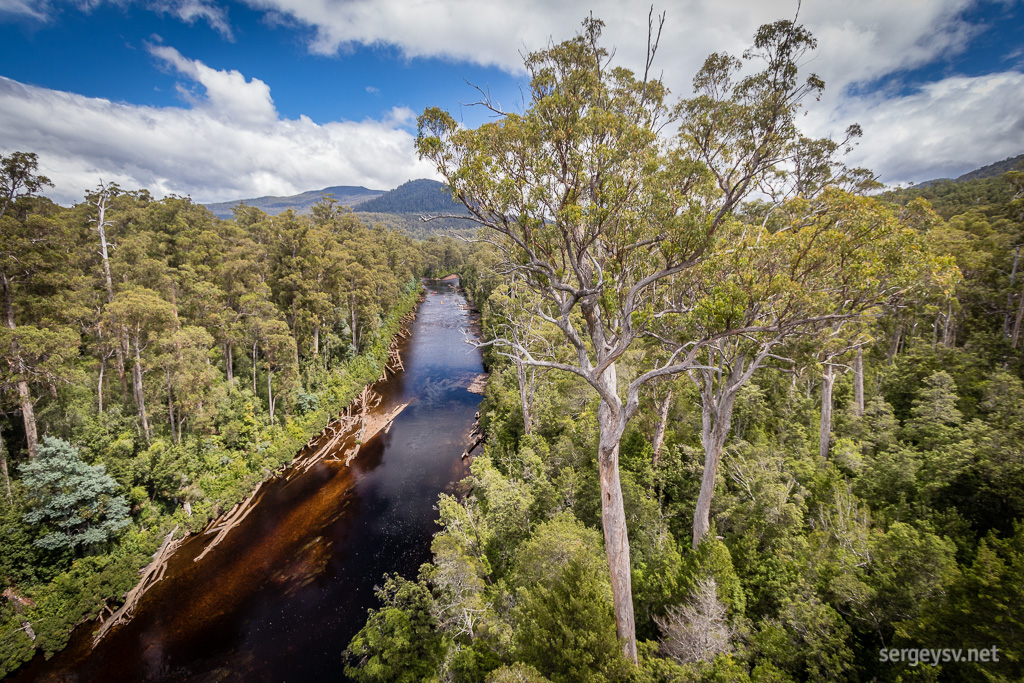 A view from the cantilever. 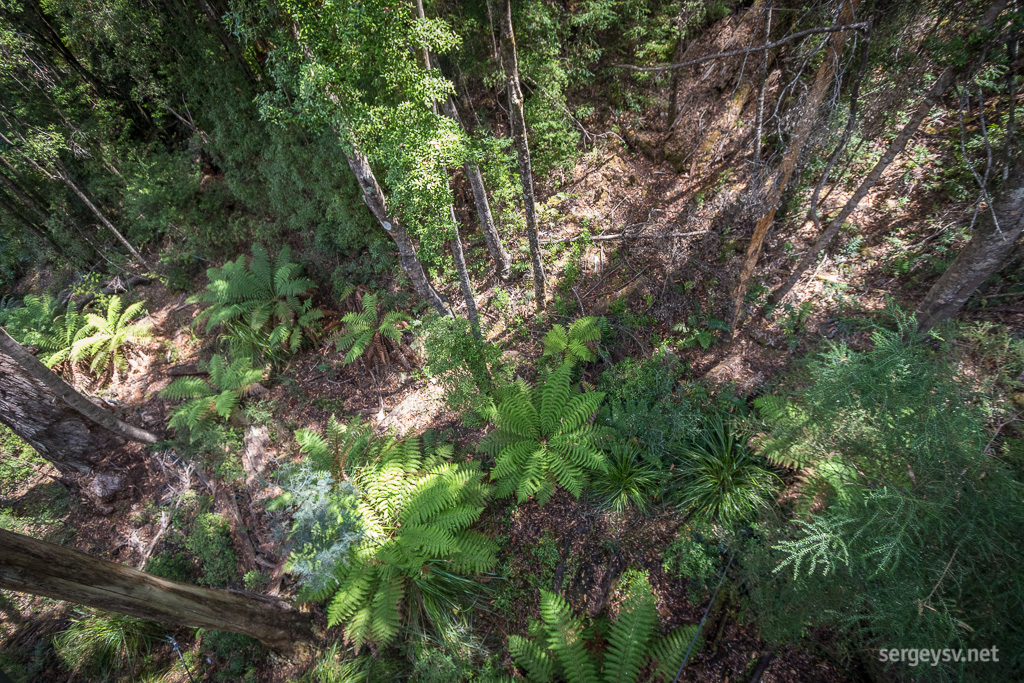 For those who feel like walking a little bit more, there’s a Swinging Bridges walk through the same temperate forest towards the said bridges. Sure, why not. 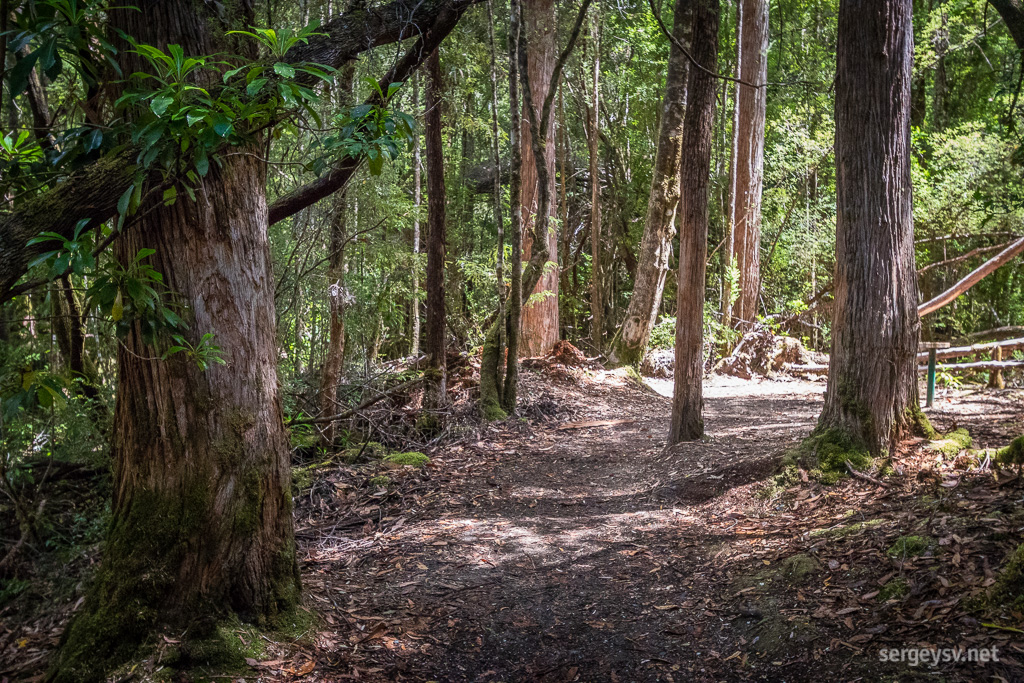 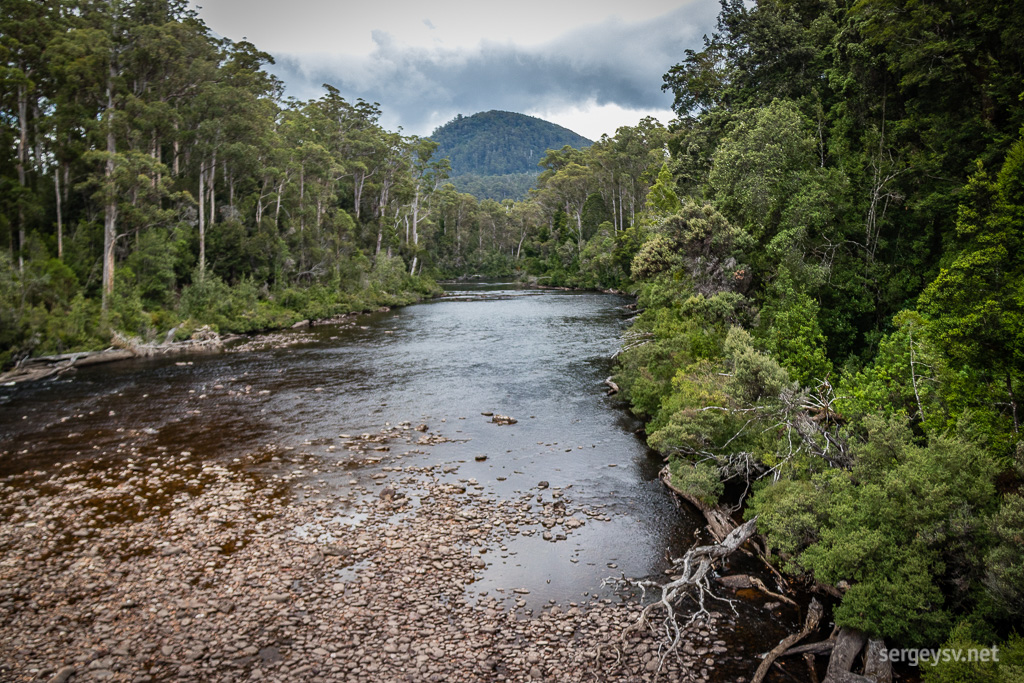 Across the Huon River.

Once you navigate the first bridge (waiting until a particularly noisy and bridge-shaking herd of Chinese tourists is finally off it), you go to the place where Huon and Picton rivers meet. Or not, if you want to do the second bridge straightaway. 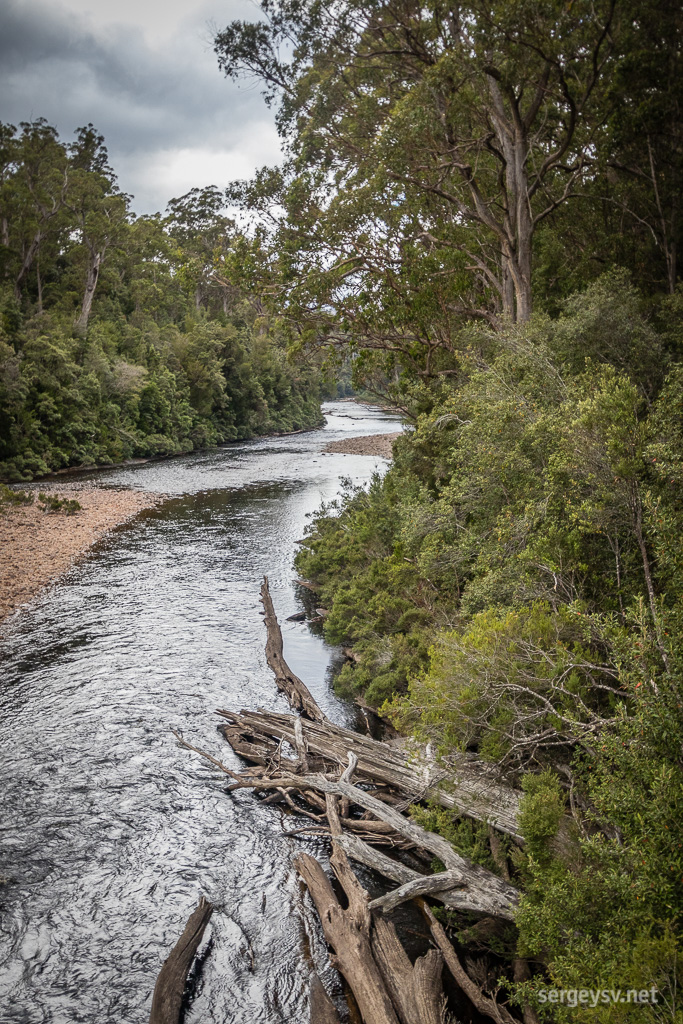 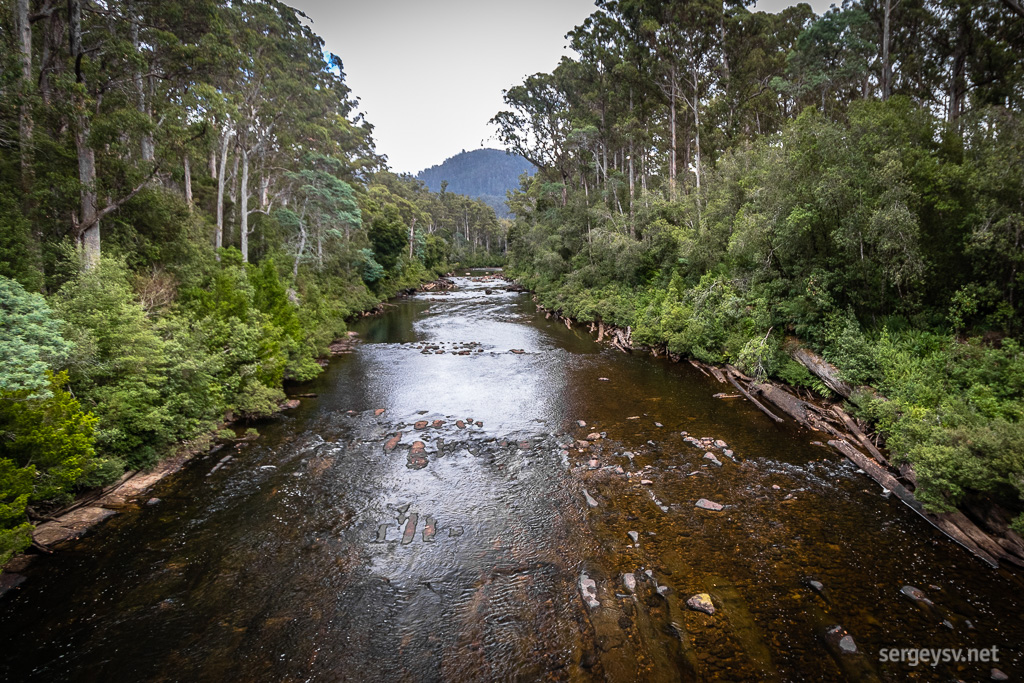 Picton River. Looks a bit like a flooded street alley, doesn’t it? 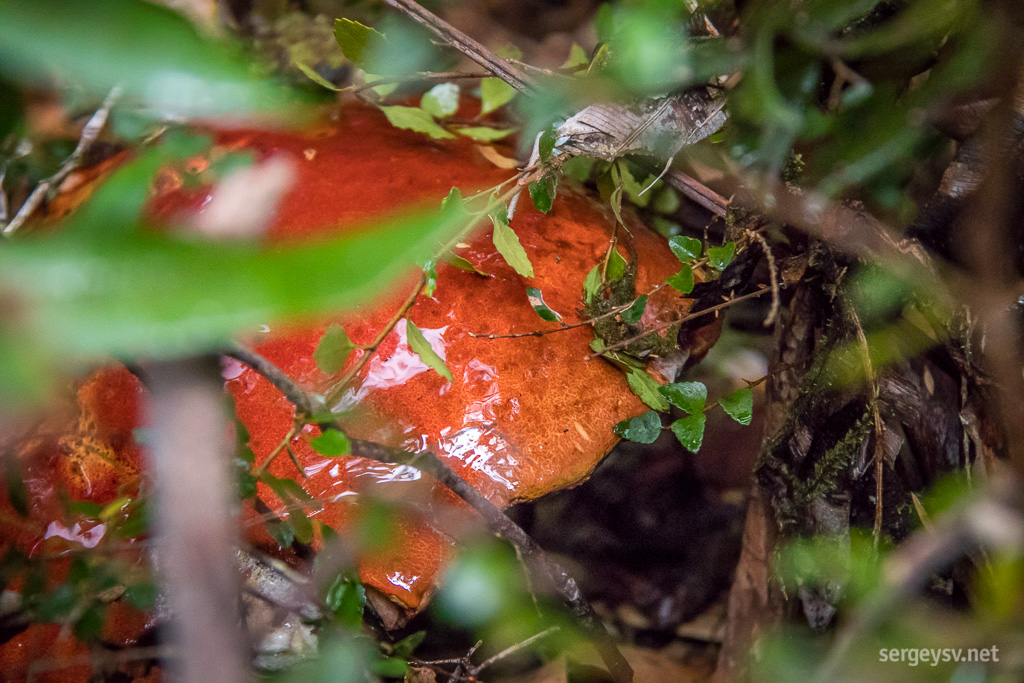 A mushroom next to the footpath. Looks edible.

Once you leave the Tahune, there’s an option to take a turn off the sealed road and visit the Arve Falls (pronounced as “arv”), which I do. The waterfall is tiny and unassuming (at this time of year, at least), but the walk itself is quite beautiful: much more so than the one for the swinging bridges. The Waratah Lookout, not too far away, is also worth visiting. 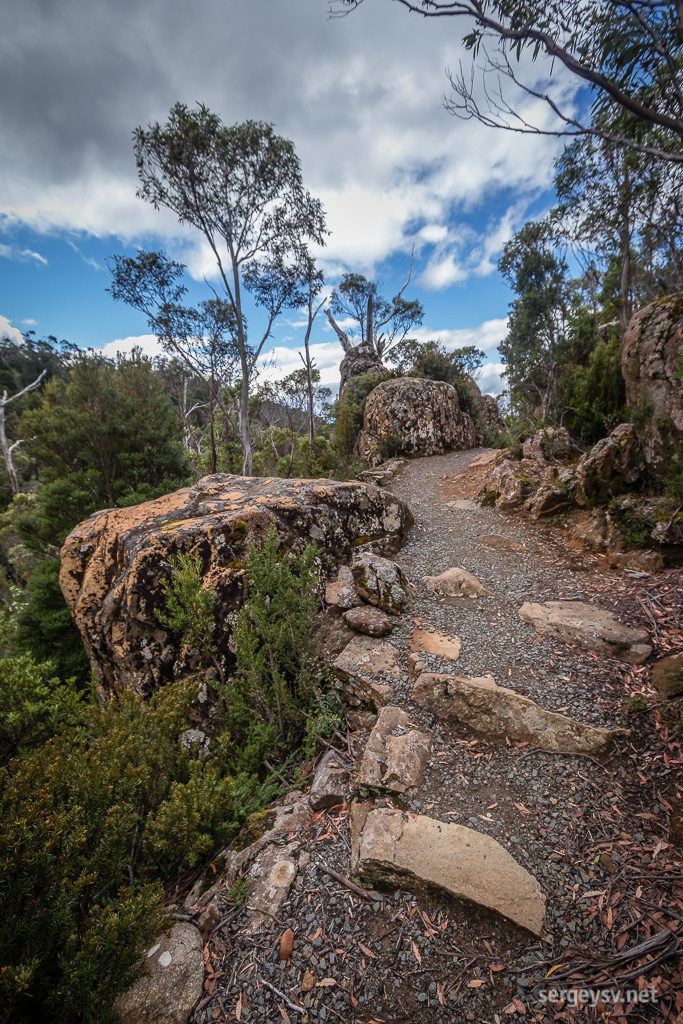 The walk to Arve Falls. 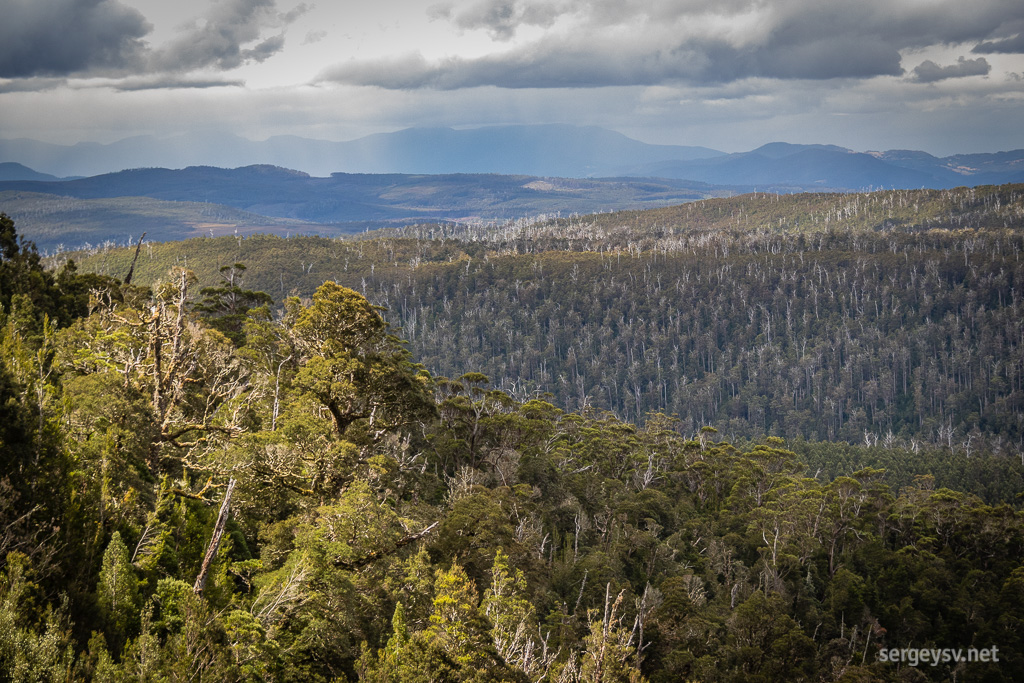 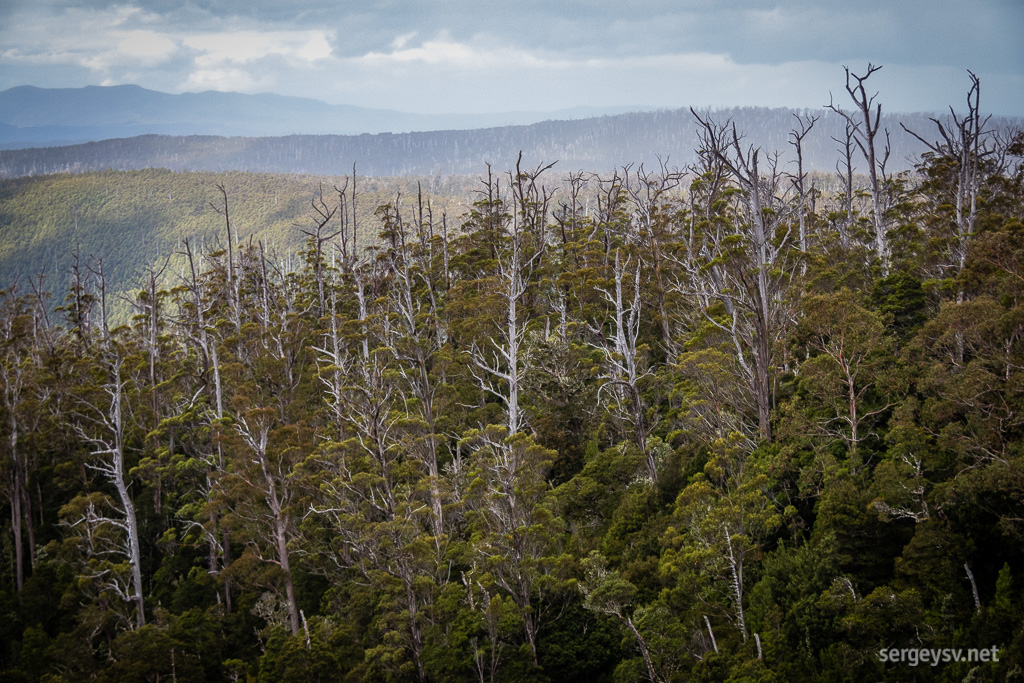 Bare trunks give it a very distinctive look. 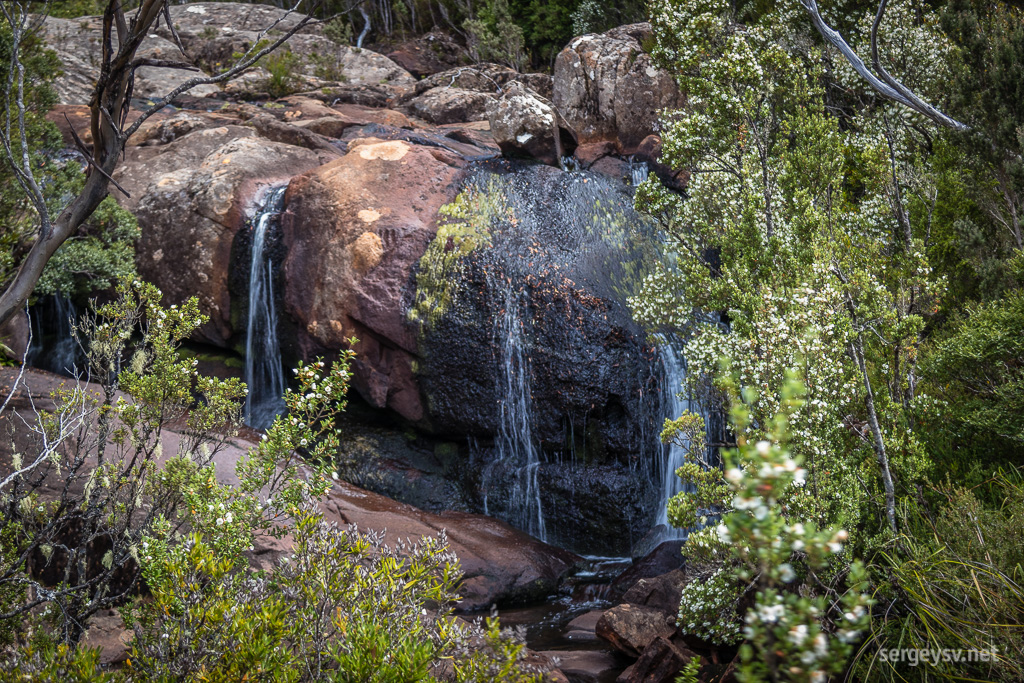 Leaving the Geeveston area, I decide to take a look at the Pelverata Falls, and this is where the most nerve-racking and embarrassing part of my journey begins. Lack of clear directions towards the Falls makes me turn to my atlas, which is not nearly as detailed as needed for this, and the rest of the chosen route turns out to be a private road. Well, at least the views were worth it. 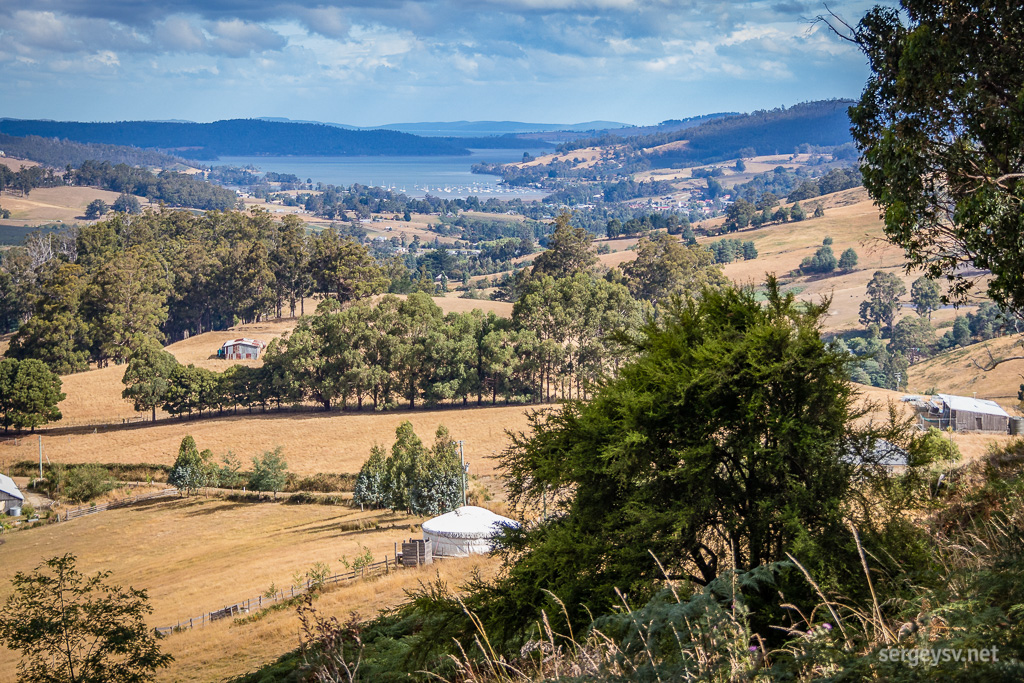 It’s still too early in the day to give up though, so I summon Google Maps. 40 minutes of driving later I stop at the firmly closed gate: the rest is a fire trail. Um. Okay. I take a detour and decide to approach the falls from the opposite side, because, well, I still have time. Once in Margate, I turn to Google Maps again, because, well, the lightning doesn’t strike the same place twice, right? 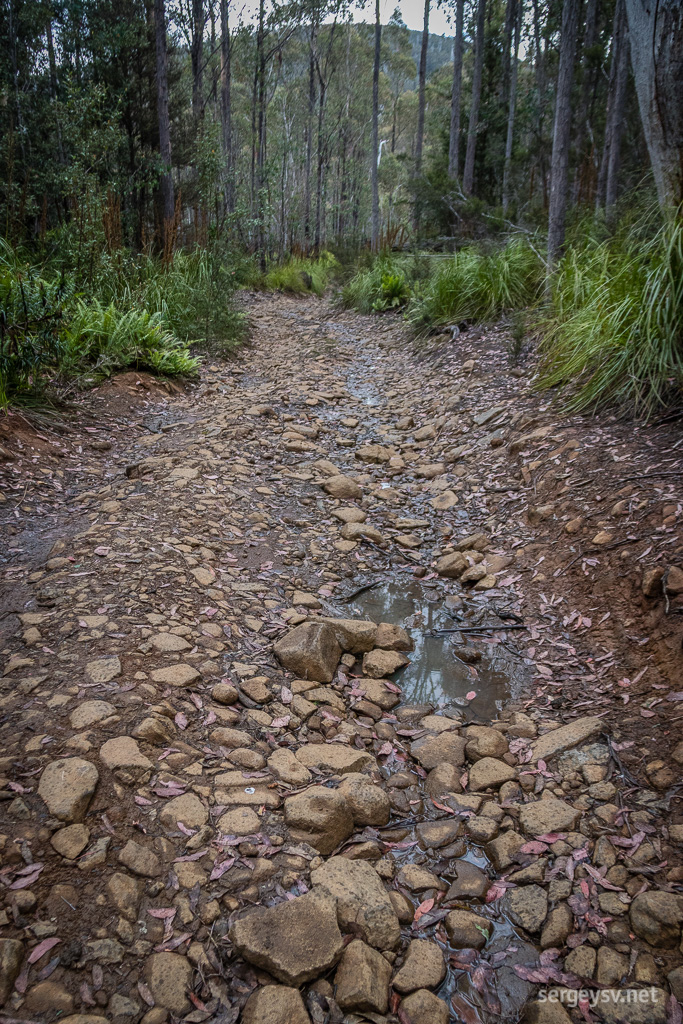 This looks legit to Google.

A quiet suburban street turns to an unsealed road, which, as it climbs more and more uphill, gradually becomes so ruined and rugged that the Montezuma Falls track pales in comparison. Here you get all of those 4WD-only ruts, waterholes and logs, plus a generous doze of very sharp-looking rocks, through which Google intrepidly guides me and promises that only a few kilometres away I’ll be right there. I don’t mind that at all, really. I don’t mind at all to finally end this God-forsaken track in one piece. Surely, the waterfalls must be worth it. Surely, there’s something out there that justifies another brutal ordeal that I'm subjecting my car to. 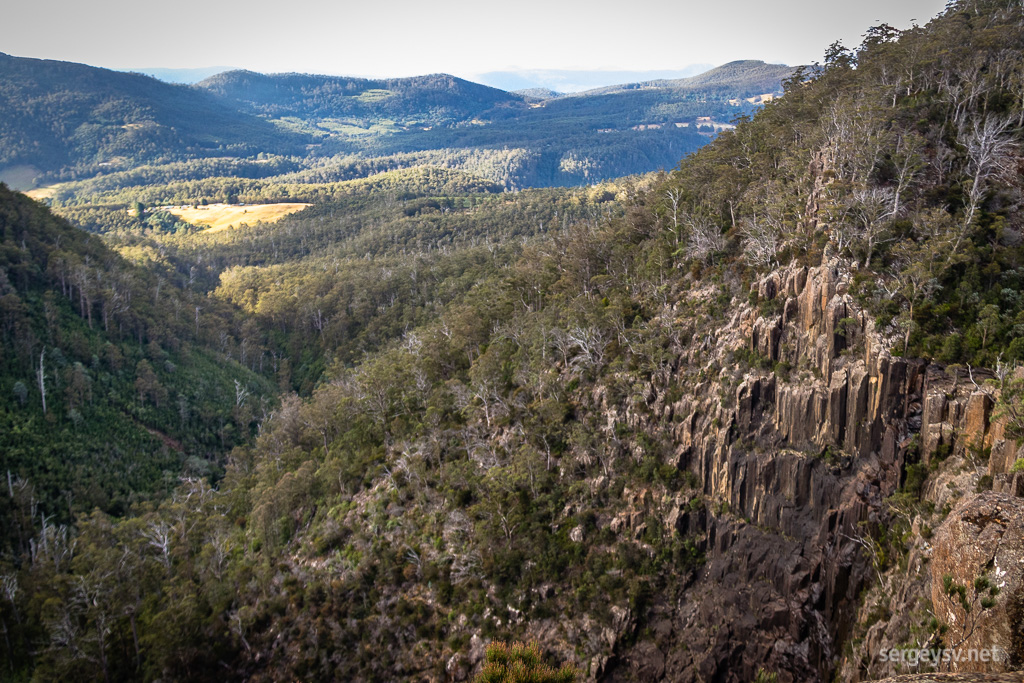 See the waterfall? Me neither.

The track ends at a very elevated open space with strikingly beautiful scenery around… and not a sign of Pelverata Falls. It takes me a while to figure out that those barely visible and slightly damp rocks over there is all that I get now, at the end of January 2018. Perfect.

However, it’s all not as bad as it looks. The vehicle is filthy but undamaged; the scenery around is fantastic; and on top of that, I get Telstra coverage so good that it doesn’t even look right next to the wild cliffs and the horrible drive I’ve just survived. It’s close to 7 p.m. now, so after weighing my options I decide that I might as well stay here for the night and get the hell out in the morning. At least I have friends in my Messenger now, to whom I can bitch about Google and its unparalleled navigating skills.