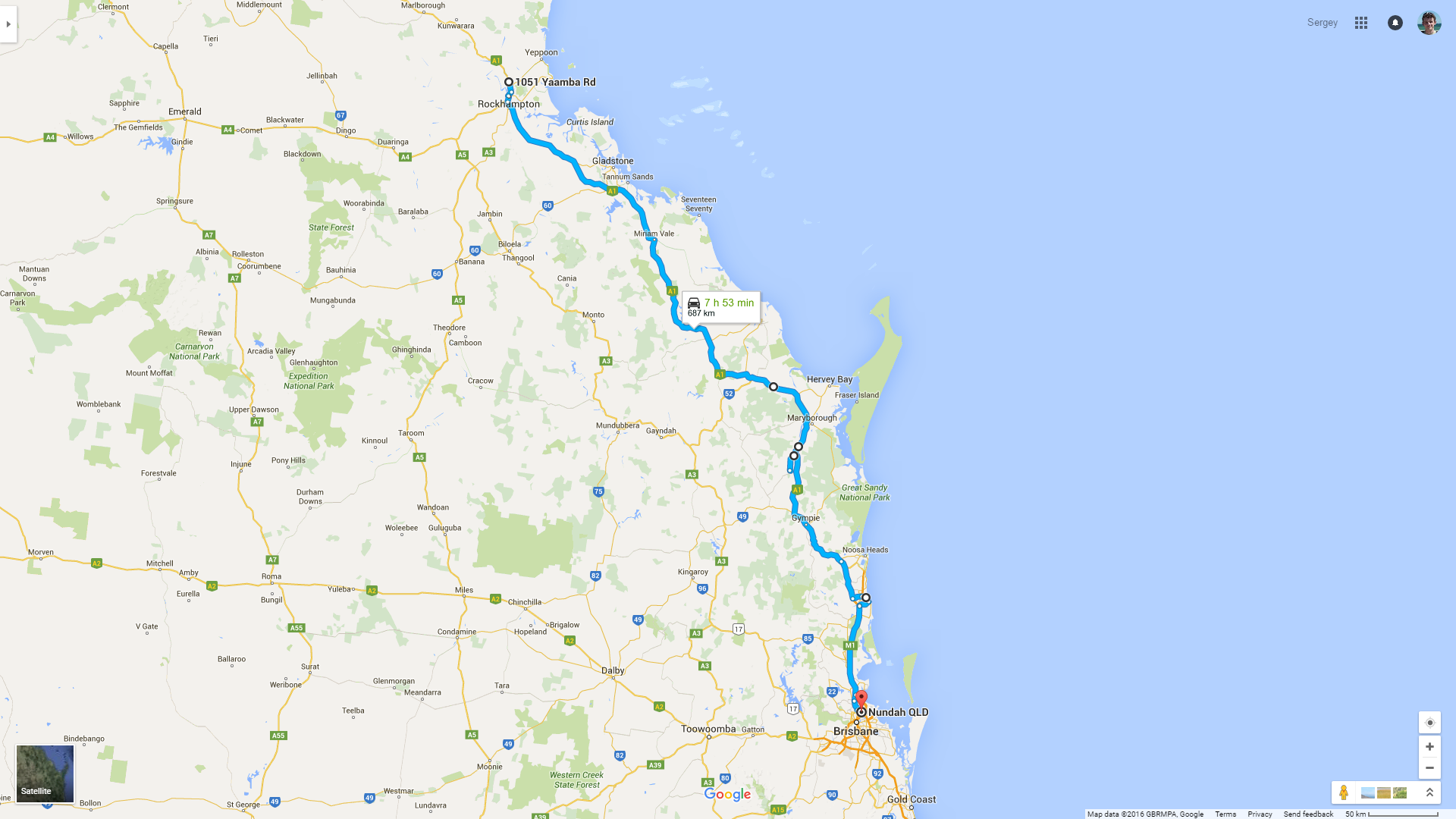 In the morning the whole tent is covered in thick dew, so I have to pack it as is, soaking wet. It will stay that way in the Tucson's boot for two days, because both in Brisbane and Sydney I will be staying in proper houses.

After Rockhampton the roadworks become almost continuous. You drive 100, then suddenly you're forced to slow down to 80, because sorry, we're working here. Repeat this five hundred thousand times, and you're ready to gnaw at your steering wheel in road rage. Don't even mention the photographs. I don't even stop for a hot lunch. My morale is at its lowest. Only forward and forward. Only home.

After I refuel in a place called Glenwood, the engine light suddenly goes on again. Oh, for crying out loud! You're not satisfied even with new oil and filters, are you? Even with the new tyres? Angry and nervous, I reach Gympie and ask the local mechanics to help. After the guy scans the engine and studies the error codes, he tells me that the problem is negligible: it's just some sensor in the exhaust system that went crazy and decided that the engine burns fuel very badly. With an immense relief I pay for the work and continue my journey. Probably, it's just some impurities in fuel, taken in dozens of different locations before, that made the poor sensor lose its mind.

Before Brisbane I make a brief stop on the Sunshine Coast, to have a look at the Pacific once again and make a couple of terribly bad pictures on my phone. Sunshine Coast looks very pleasant and relaxed; probably worth a vacation trip some day. 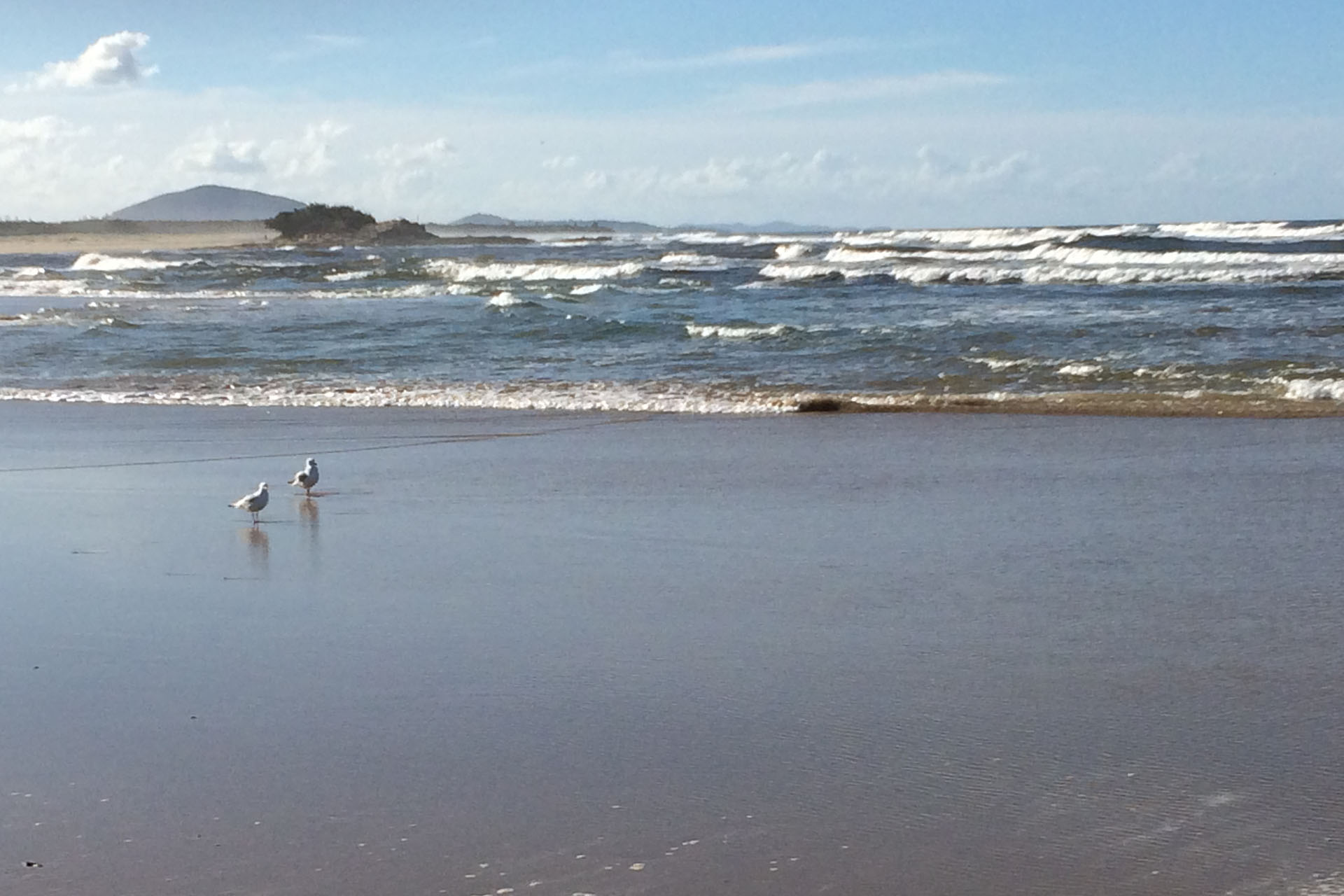 The surf is rough, though.

And here's Brisbane, finally. As I reach Alex's house around 4 pm, I call him to find out that he's too busy at work, and we decide to meet at the CBD a few hours later. I board the train, and in 20 minutes I'm at the very centre of the capital of Queensland. 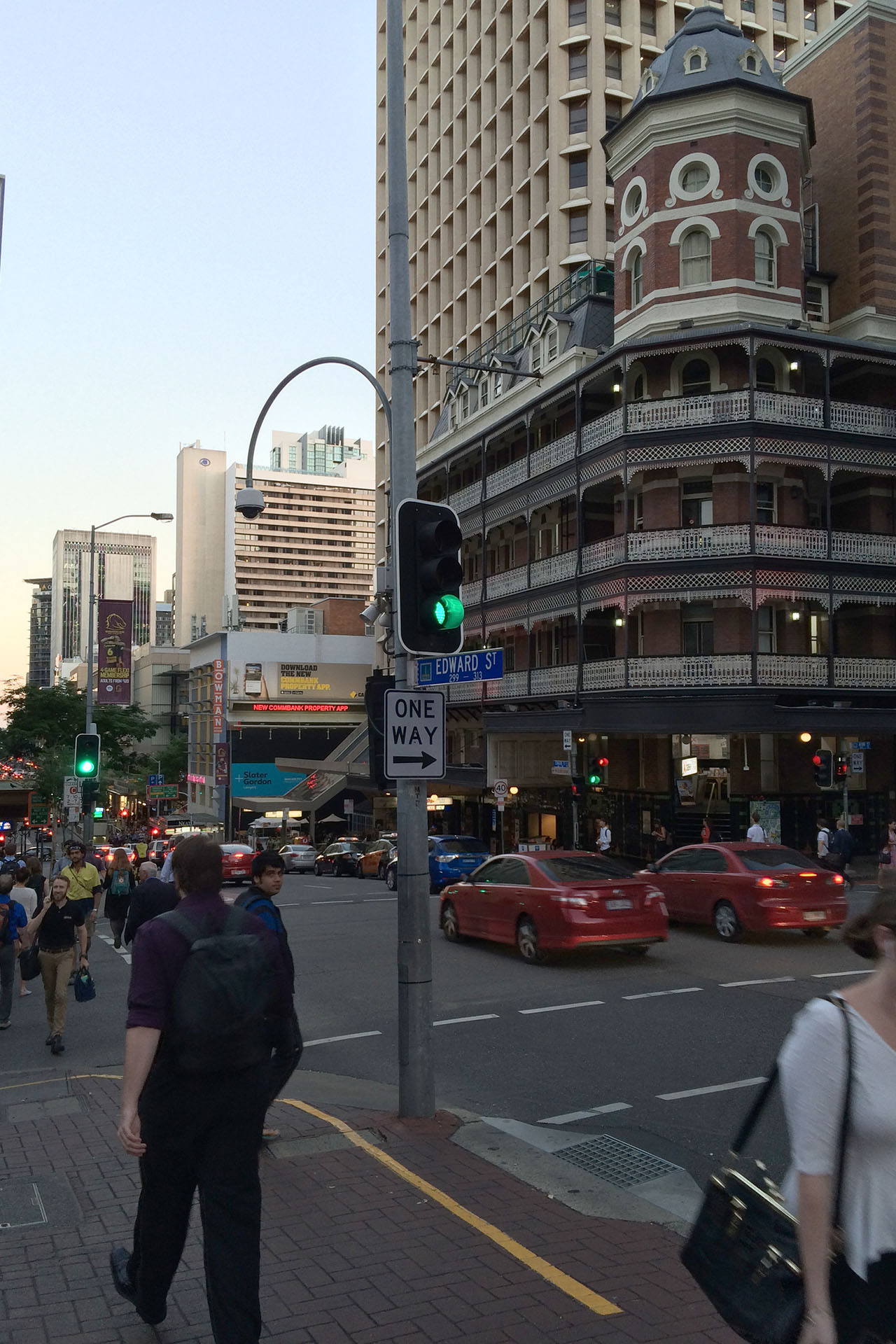 I find Brisbane very much to my liking. Contrary to somewhat drowsy Adelaide, it has a certain capital-city vibe, much like Sydney or Melbourne. A lot of cars, a lot of people… and a lot of pretty girls, who make my blood run noticeably faster in my veins. It's funny how you start looking at women after only a few weeks of living in the wild. I wonder what sailors must be experiencing in their many-months journeys.

I take an aimless walk around the CBD. Next to it there is a huge botanic garden, full of giant trees, colourful lights and fitness junkies: men and women in lycra run and ride around on their bikes non-stop. It's somewhat hard to take my eyes off girls in lycra and look at the actual surroundings, which are quite beautiful: skyscrapers, city lights, illuminated bridges. Life is bustling and brimming over the edge – especially to my eyes after ten thousand kilometres of country roads. 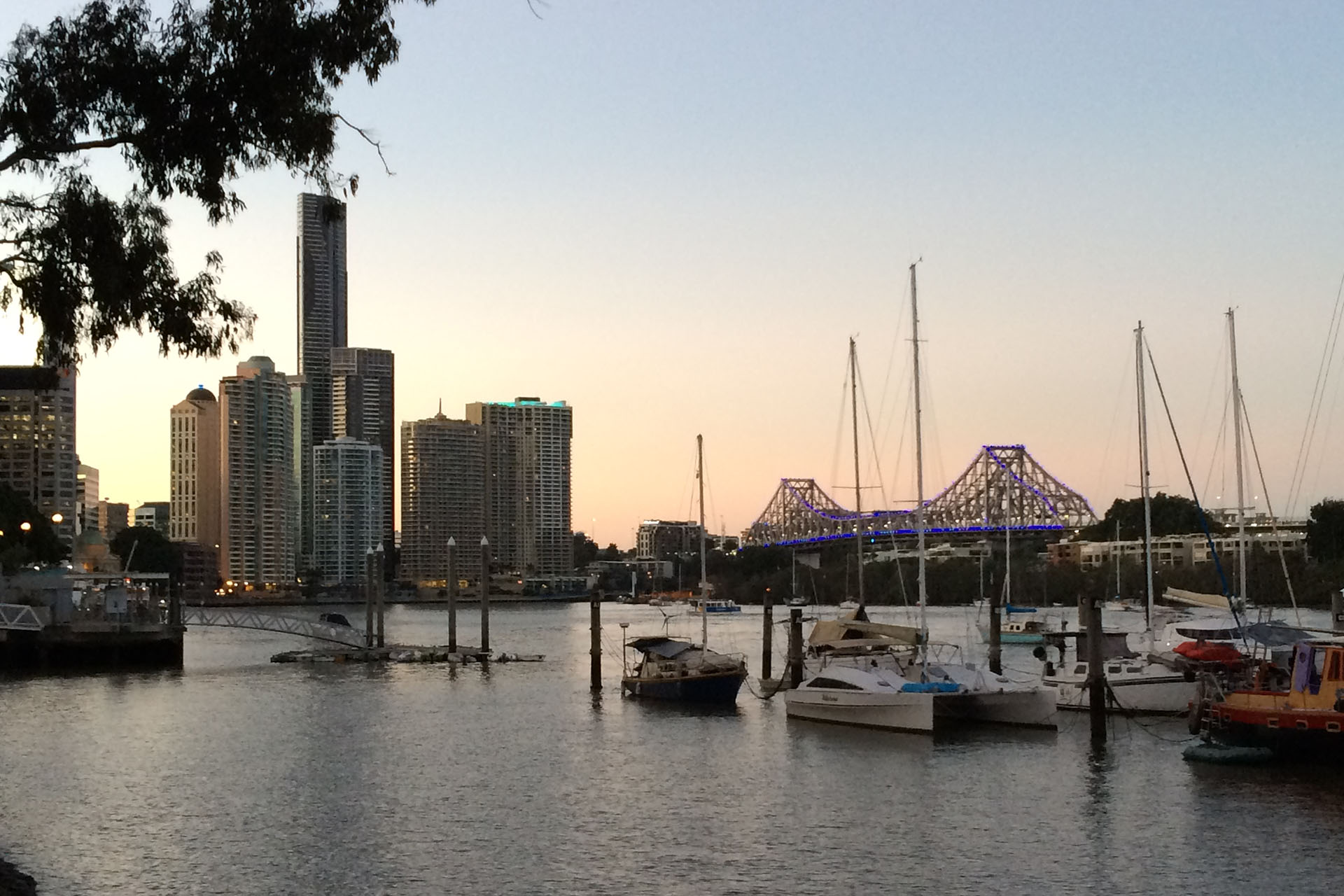 Finally I meet Alex, and we head off back to his place. The rest of the night we spend talking leisurely, accompanied by a bottle of sake which gets empty surreptitiously fast. This time I get accommodated in an entirely separate bedroom, with a proper bed and real linen. Alex and Sarah, my gratitude for you is enormous.