A Trip to Pilbara: Millstream 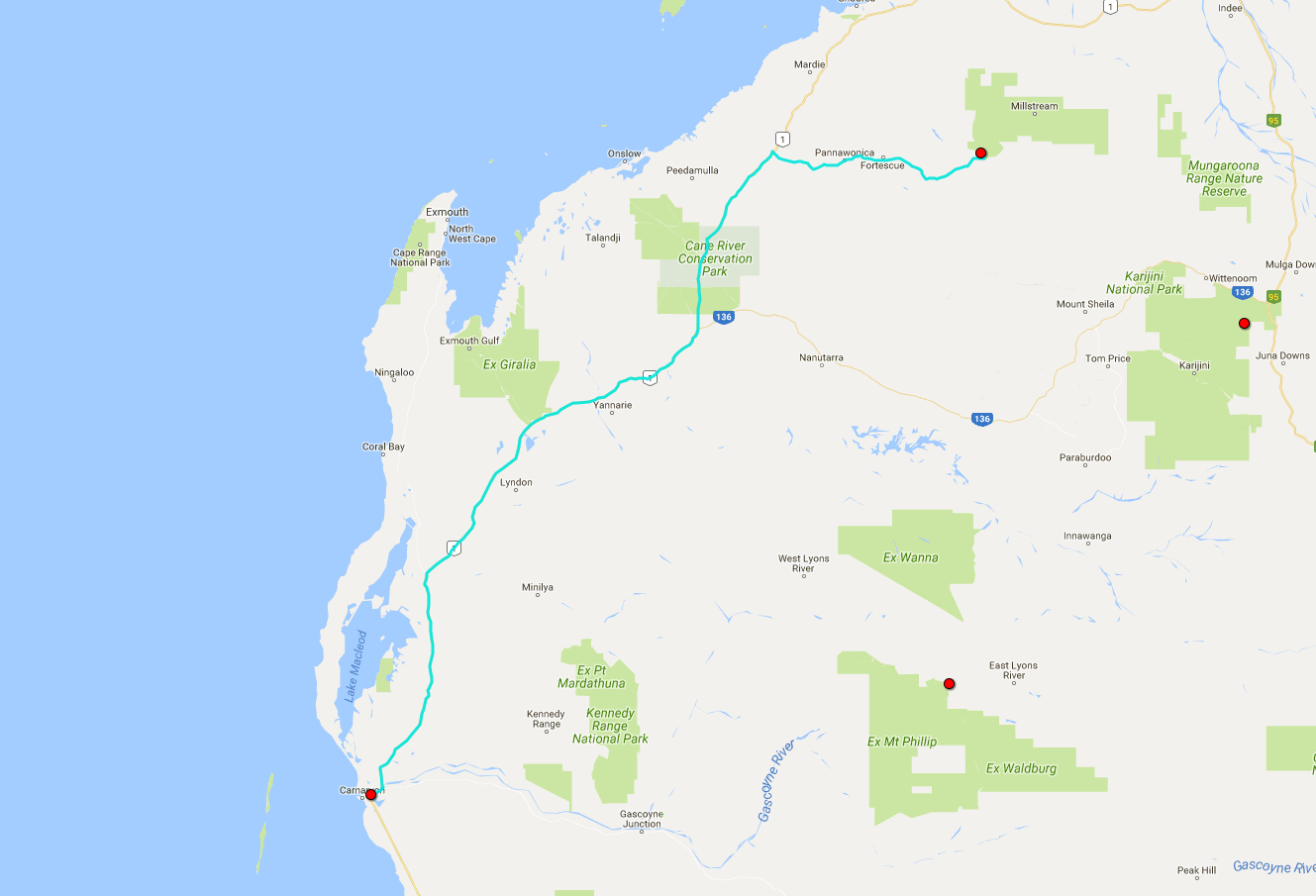 After an excellent night's sleep on my new pillow, I begin to explore the Millstream part of the park. This was a cattle station once, but the state bought it later and opened to public. The Fortescue River flows through it, quite peaceful at this time of year. 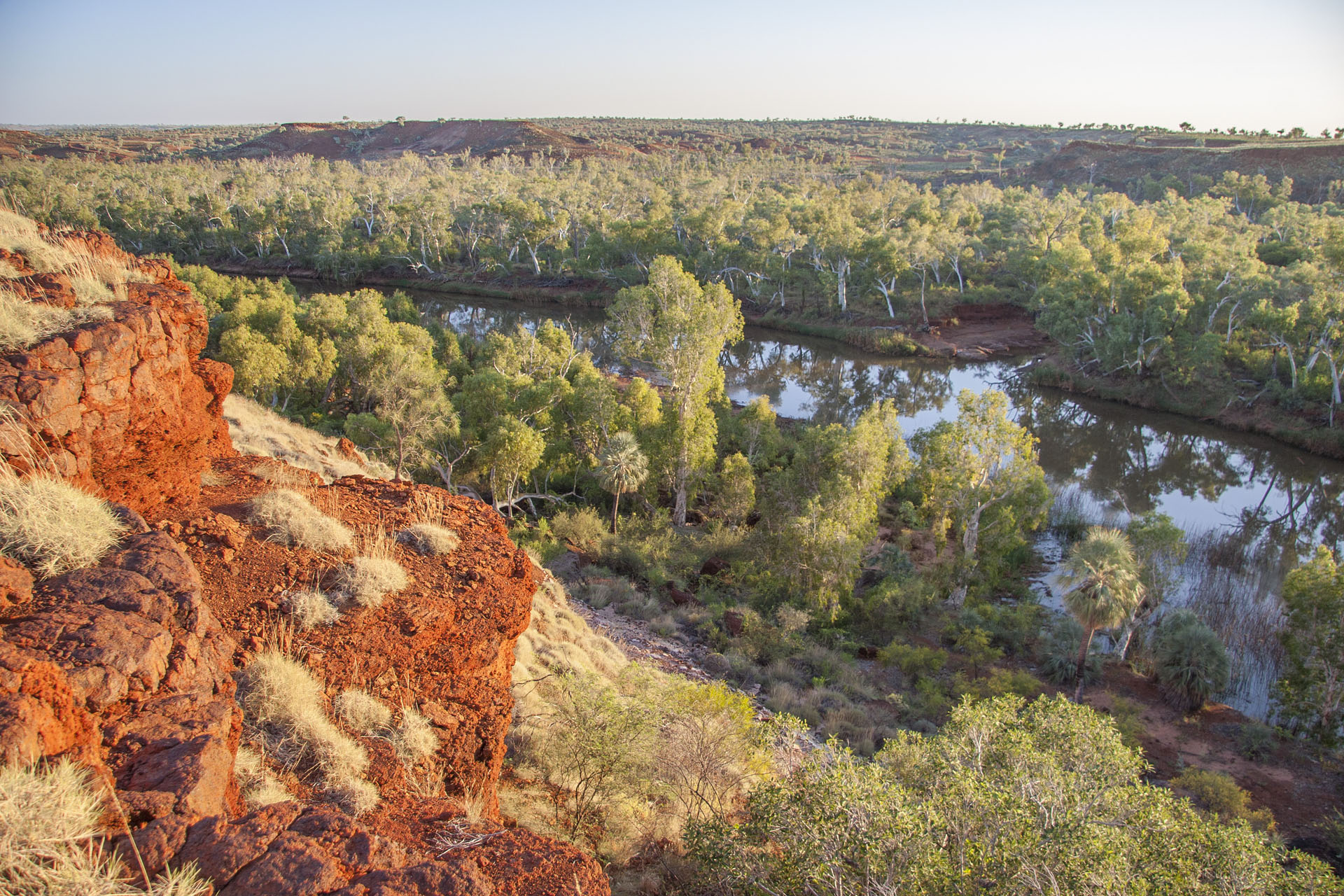 I look around and see a smoke from a distant bushfire that will stop me later from taking the Snappy Gum Drive and potentially see a bit more scenery of the park. The scenery right here, on the Cliff Lookout, is good enough too, though. 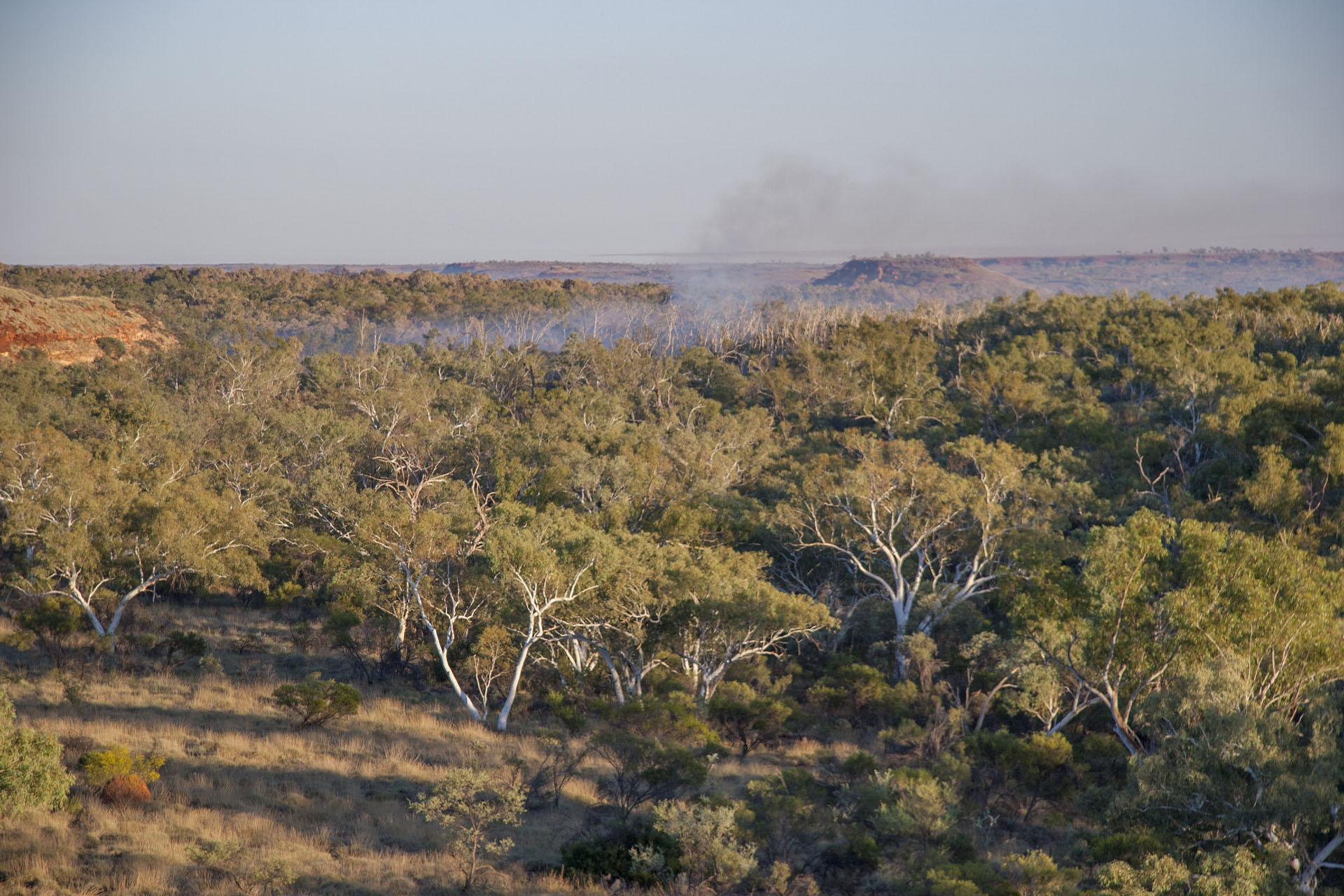 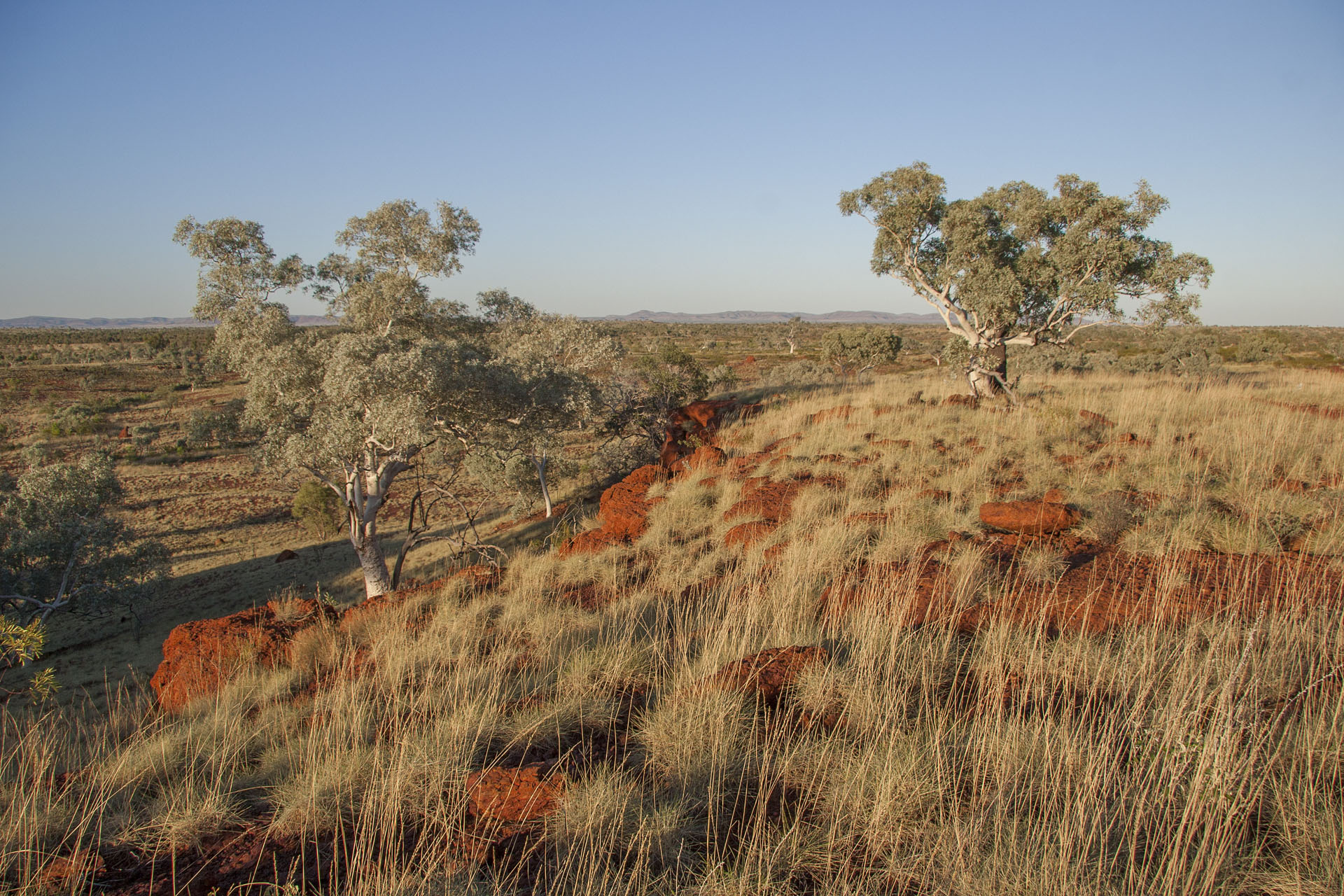 All good here, though.

Time to leave the park at last. I'm on my way back to bitumen: to the same North West Coastal Highway that I've traversed a year ago, although in an opposite direction. I planned to take another route south today, but it turned out that my e-reader doesn't want to recharge from my USB cable, and my nights would be a bit boring without it. Gotta get back to civilization for a while. 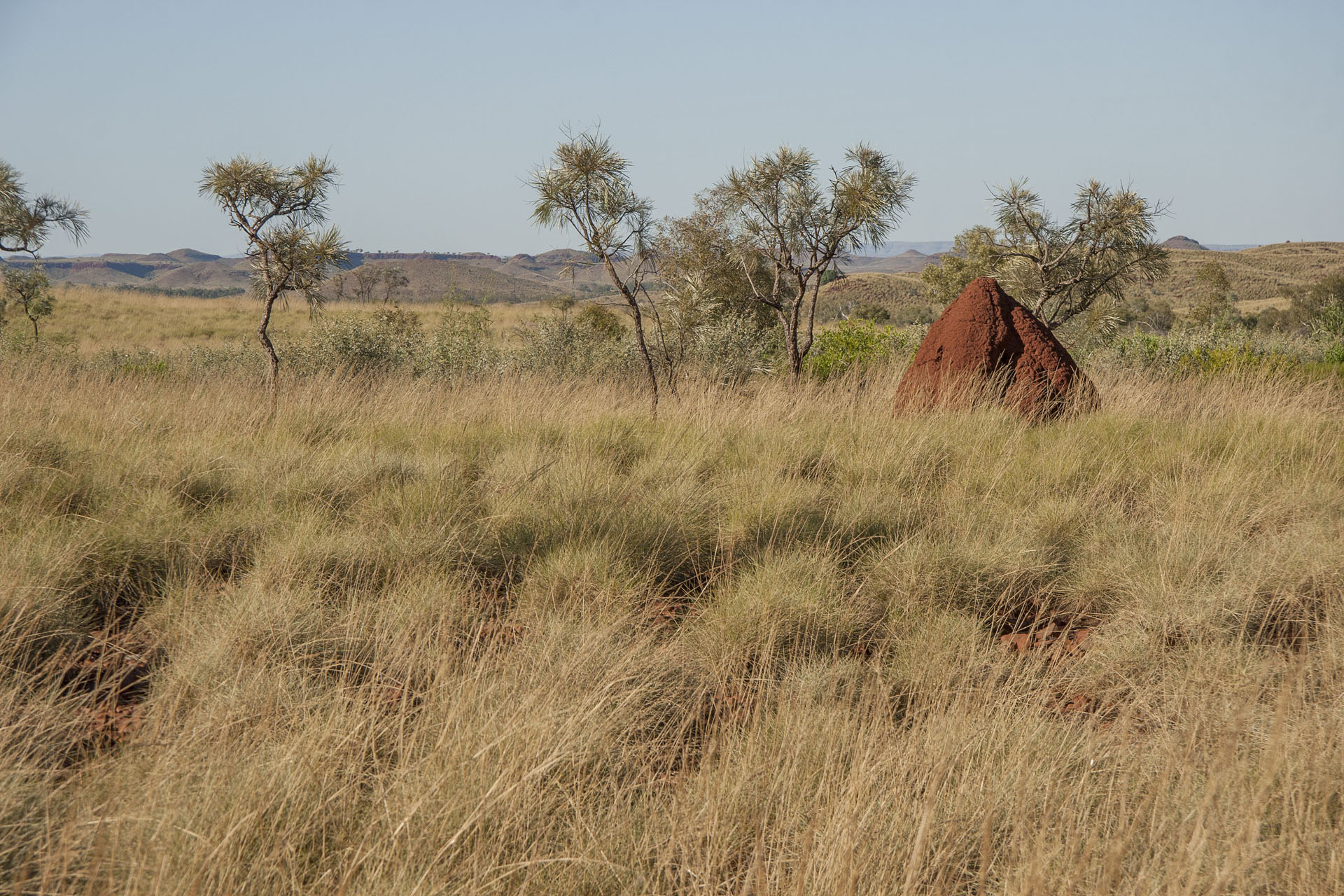 Did I say I love termite mounds? 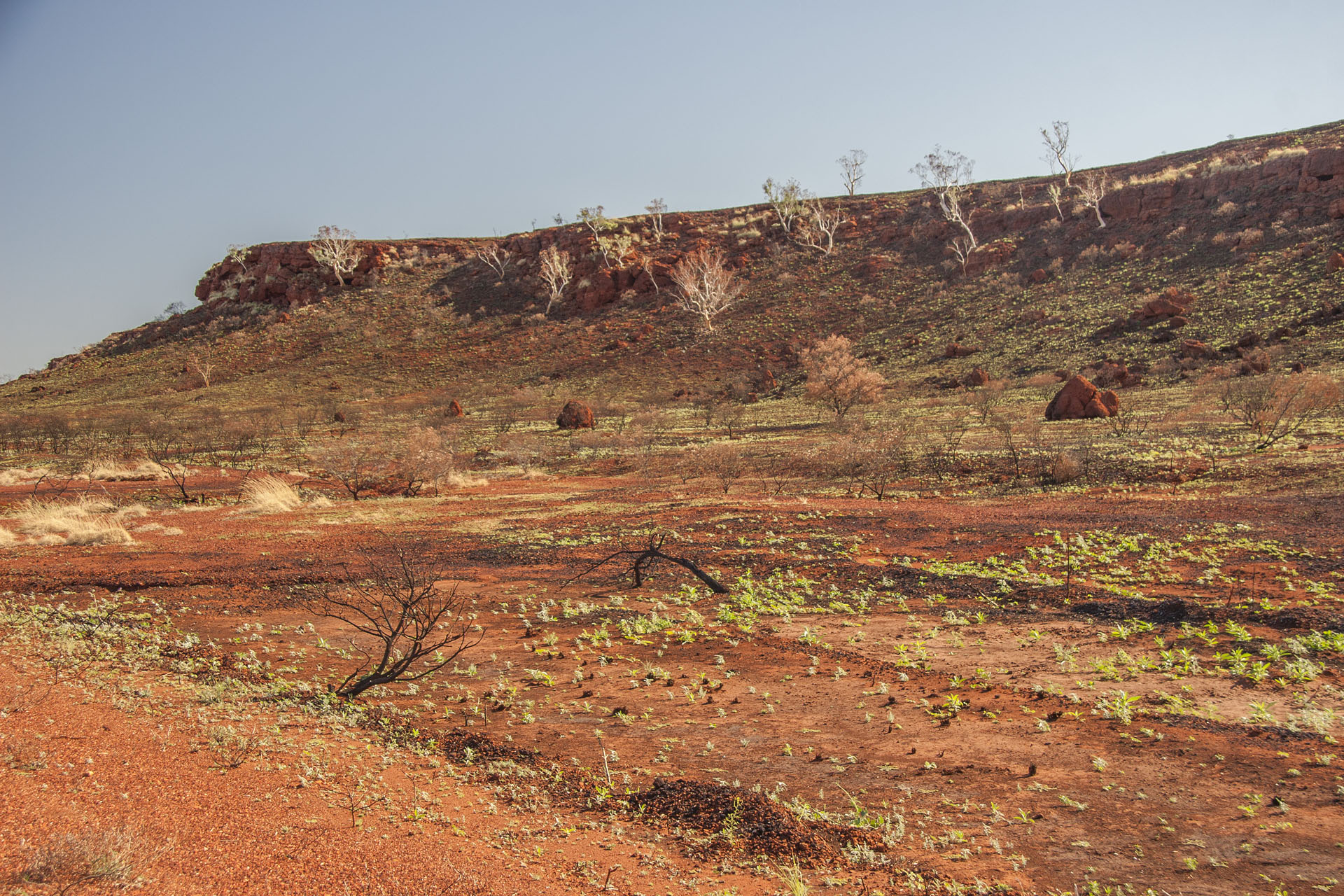 The road to Pannawonica. 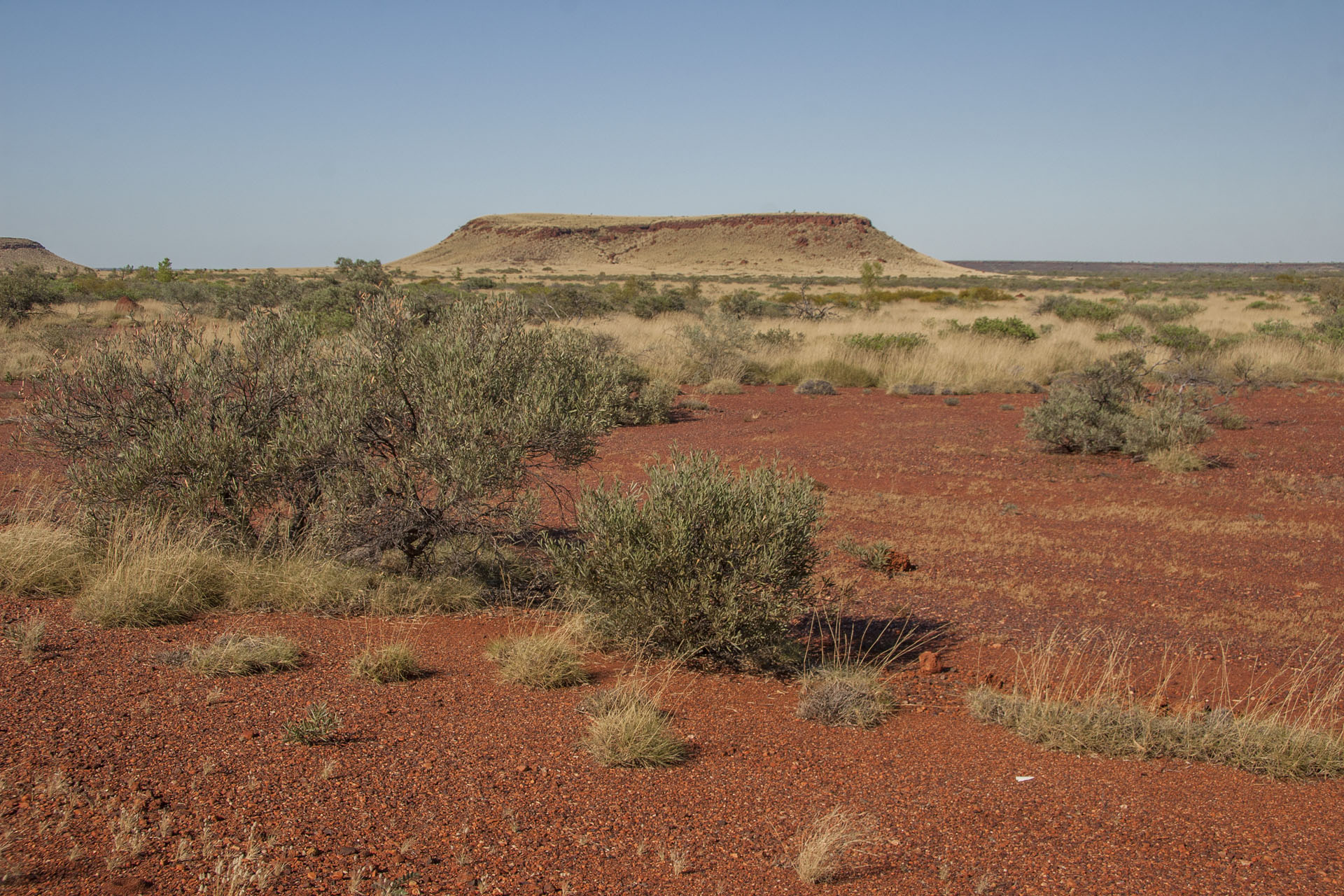 The first outpost of the civilization on my way is the Minilya Roadhouse. I ask the girls at the counter to plug the e-reader into some computer (which I know will work), but they don't seem to have access to theirs. Fair enough. Fish and chips instead it is. As I eat, I ponder a bit more and decide to head to Carnarvon and stay at a caravan park there. Pricey, but they must have a computer there that I could use. 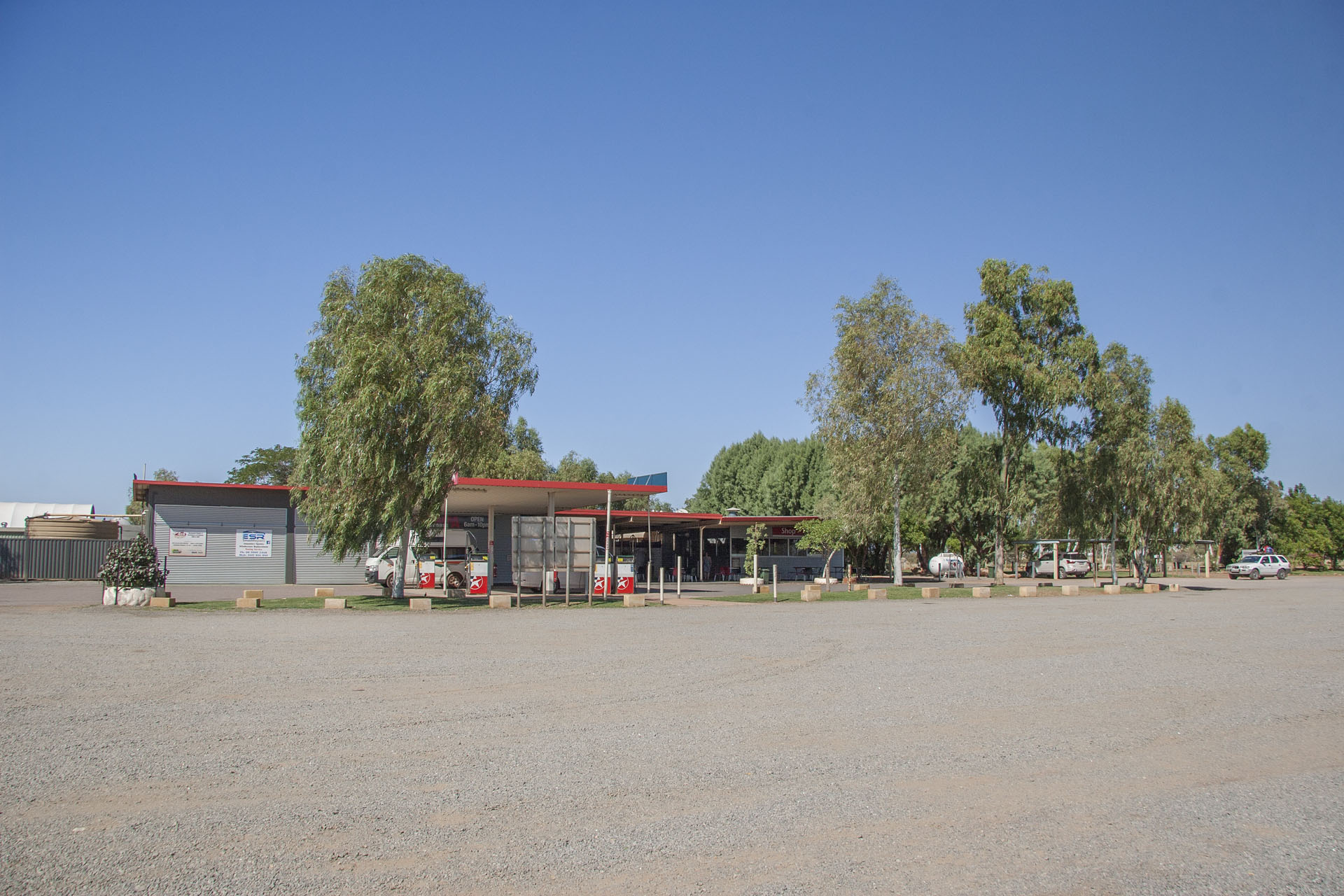 A typical roadhouse (this one is Minilya).

Driving on bitumen feels so sweet and effortless. Far more vehicles on the road; mostly campers. This is a popular tourist route, many people use it to reach the Ningaloo Reef. I'm not going there: snorkeling is not my thing. Not yet, anyway. 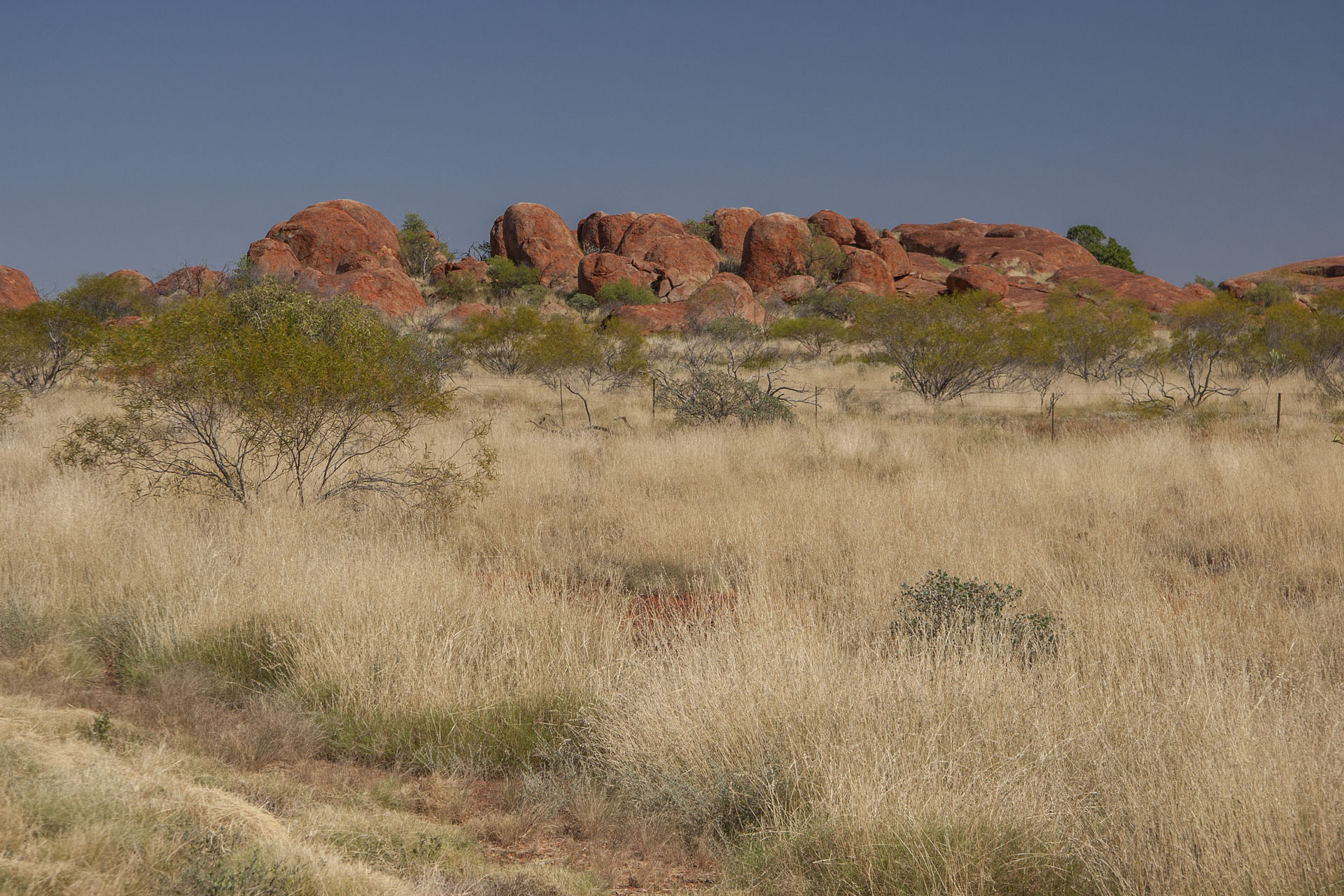 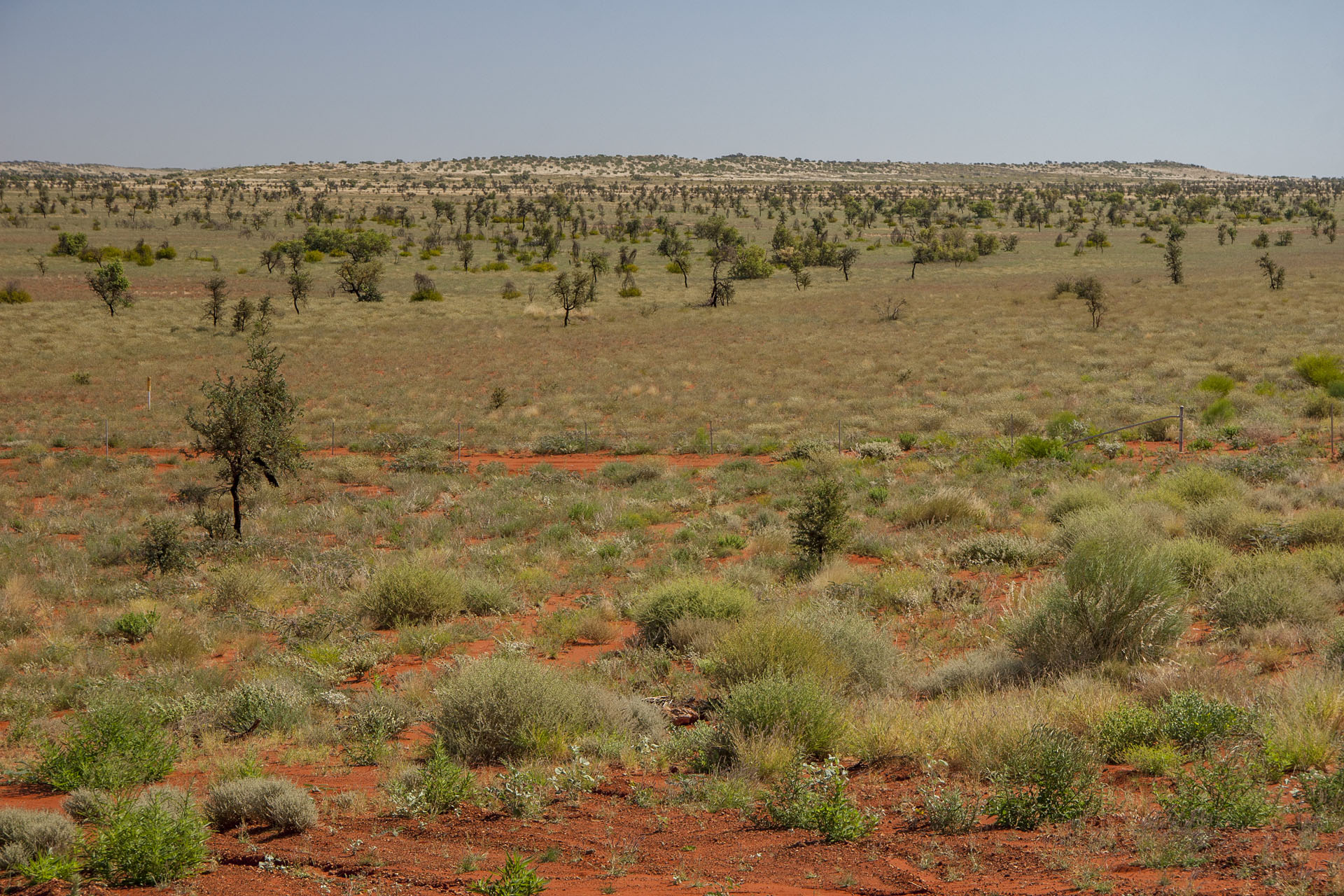 The landscape is changing gradually. 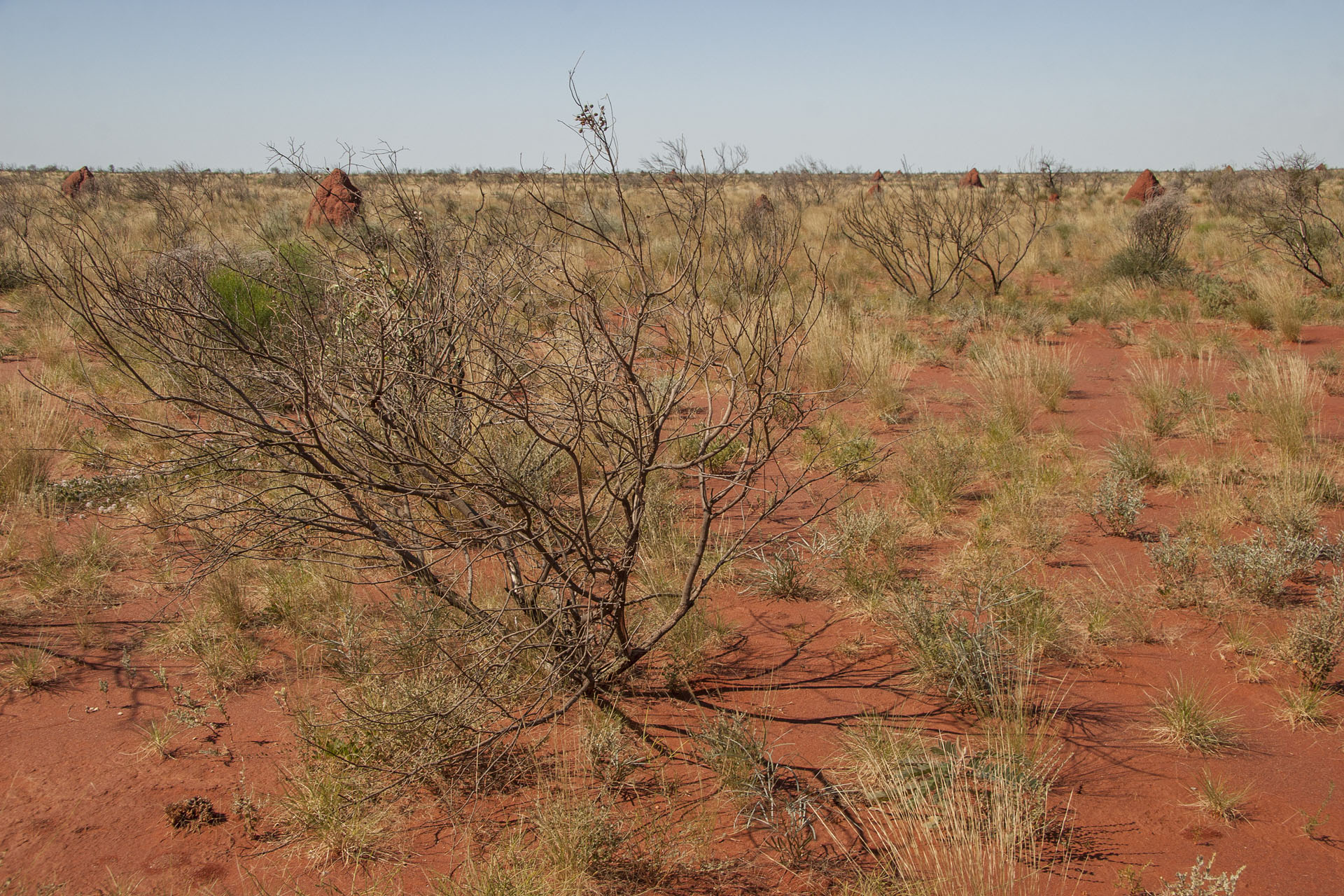 The scenery is changing gradually as I drive further south. The soil becomes redder, the spinifex dwindles, and ancient purple hills become replaced by ancient red dunes. It smells a bit like sea in the air, even though the coastline is still a fair bit away, so maybe it's just an illusion. Then I cross the Tropic of Capricorn for the second time, entering subtropics, and then the temperate regions after that. 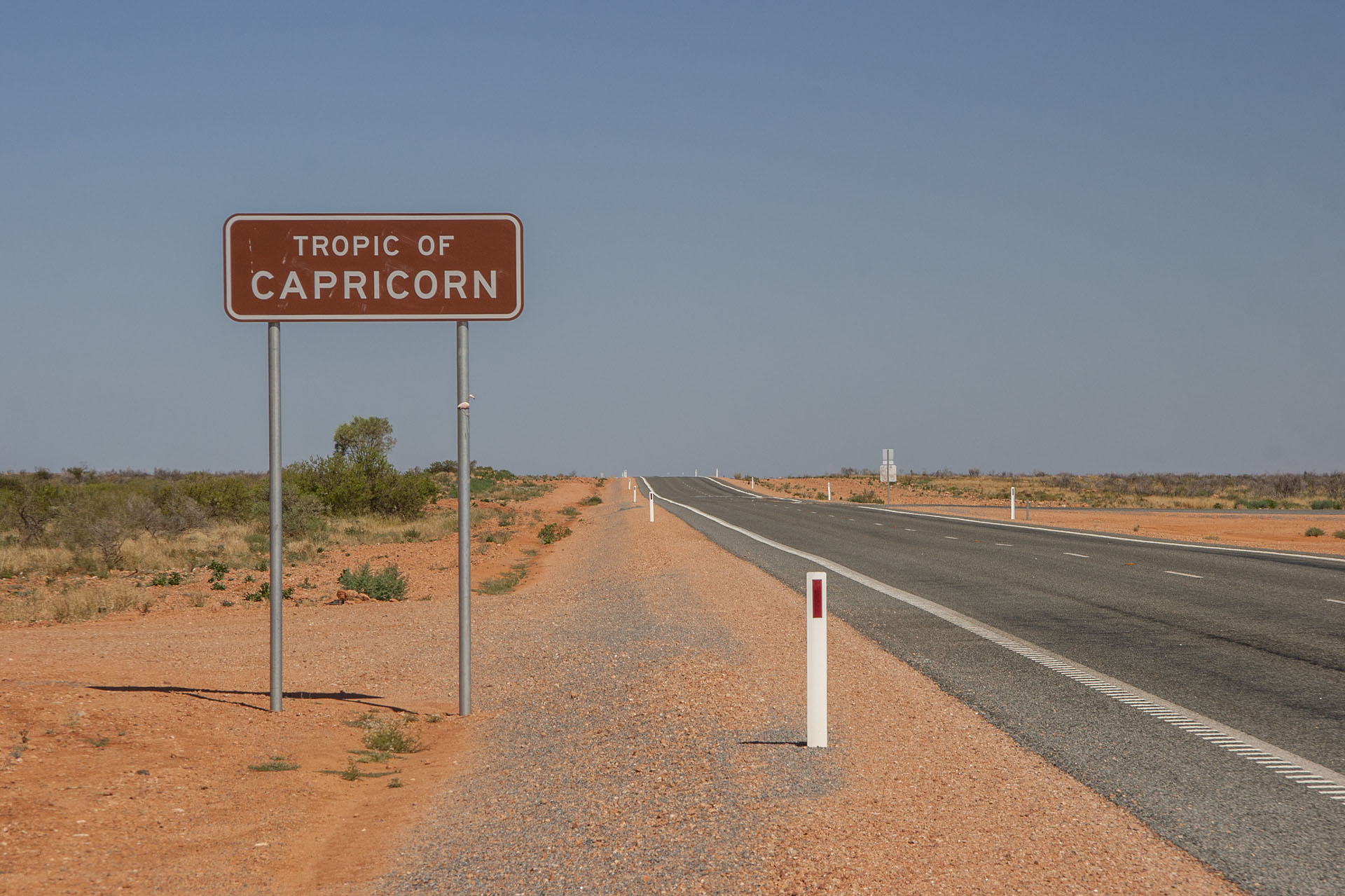 Strictly speaking, I have actually left the Pilbara now, and the region around me is called Gascoyne: after the large river which is partually dry at this time of year, and which I've crossed already on my way north. The difference between the regions is noticeable if you look closer. Different vegetation, different landscape, different patterns of rainfall and temperature. 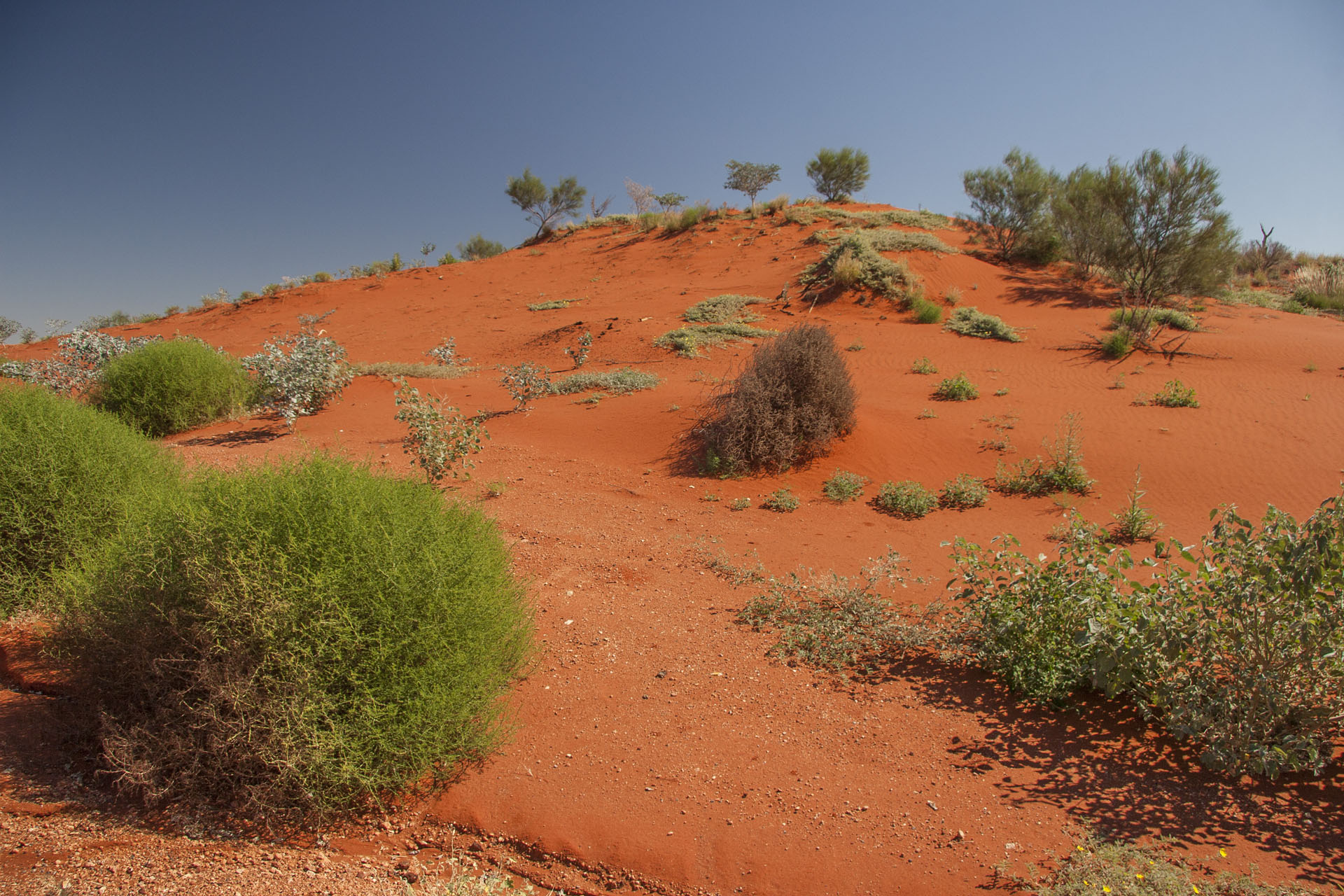 The land of the sand dunes. 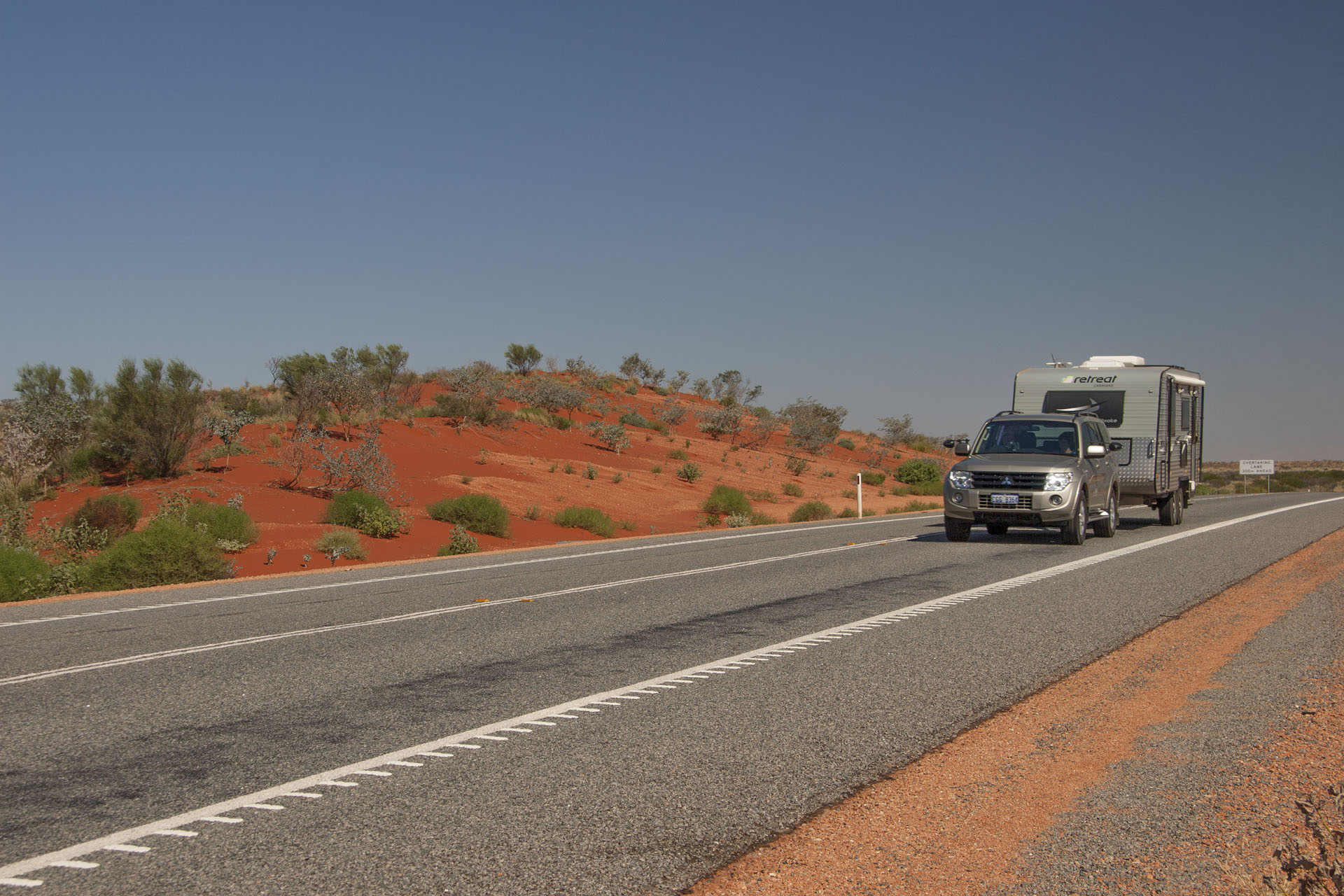 And finally I reach Carnarvon, passing the already familiar banana plantations. It's quite odd seeing them here, amidst the dunes and spinifex. They look far more at home in northern Queensland, on the other side of the continent, where they indeed are in abundance. This here is the only place on the west coast they can actually grow at. 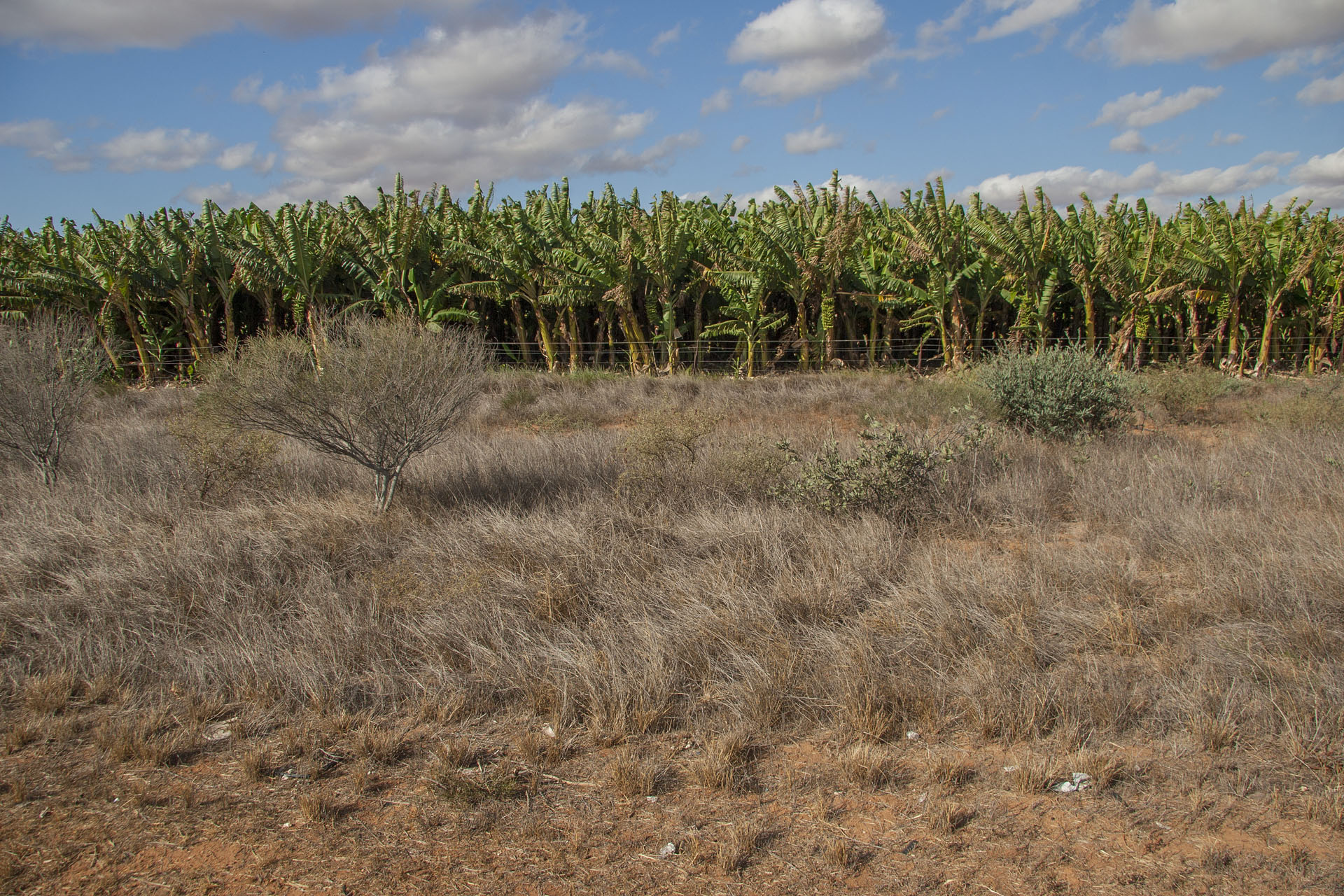 $28 for the night at the caravan park. Pricey, all right. Another $2 a woman at the counter elicits from me (as a donation to the Royal Flying Doctor Service) for letting me plug my e-book into her computer. Whatever. The park itself looks nice and tidy, but the tent site is literally ten metres away from the kitchen area, where people congregate and talk (and smoke) well into the night. Gotta hate them civilized people, but gotta make sacrifices as well to be able to read for a few nights more. 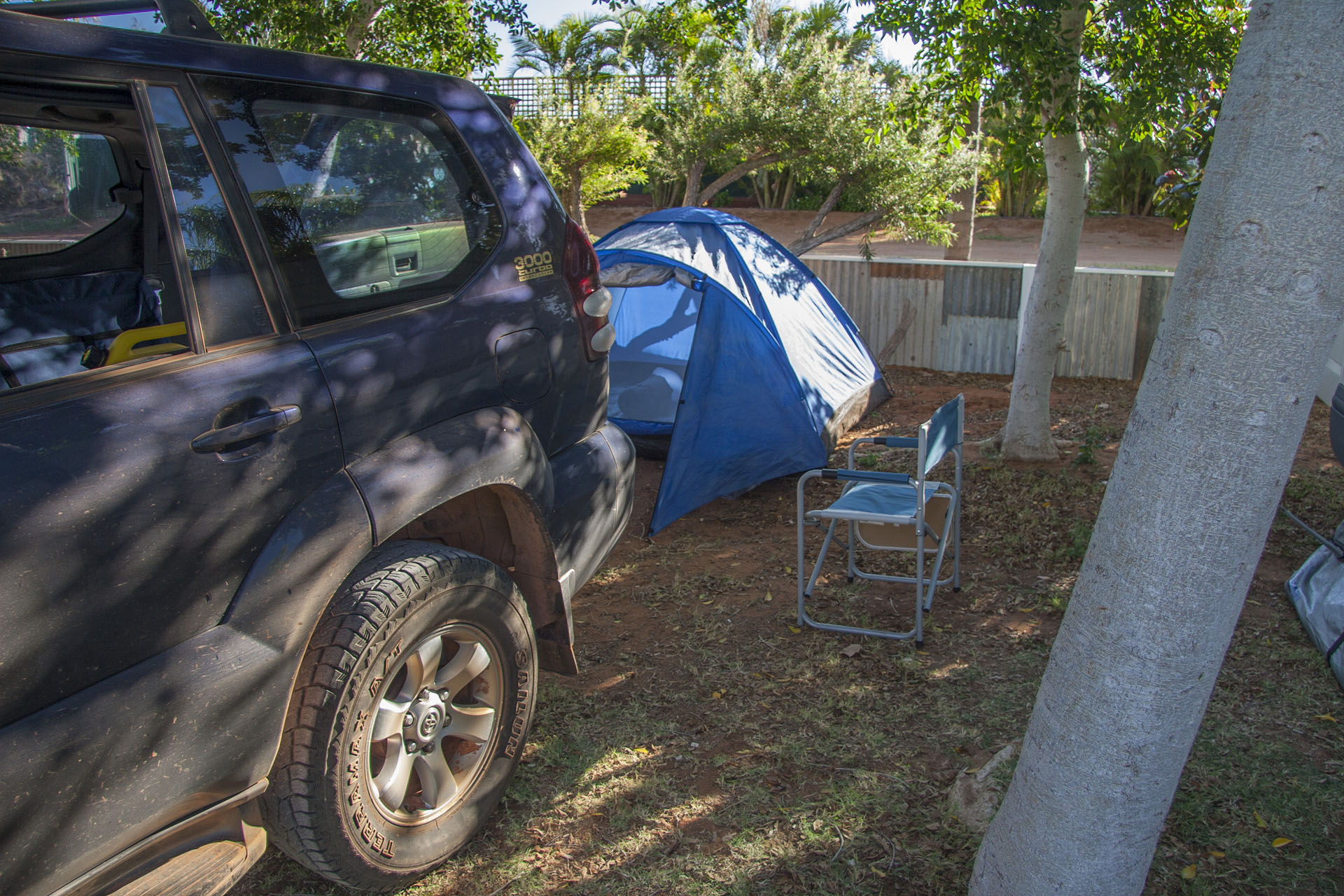