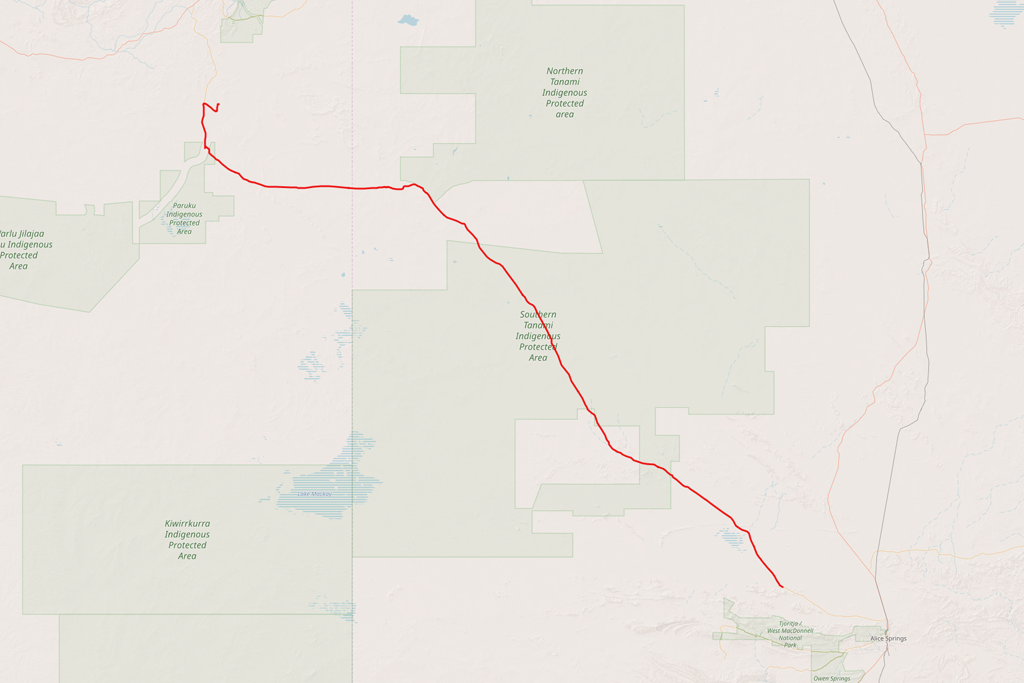 The morning in the Wolfe Creek is warm, quiet and sunny. It's “summer” up here in the North, after all, and it's going to stay like this for the next few months. Not for me, though; my journey takes me away from these lands of spinifex and boabs and back to the winterlands.

I take a moment to pay a visit to Billiluna, which is a small aboriginal community nearby. Its main significance is that it serves as an entry (or exit) point of the famous Canning Stock Route: a dusty, gruelling 4WD trek across the continent, 1700 km long. Maybe one day I'll pay it a visit, too! (I've been to the other end a year ago, as a matter of fact.) 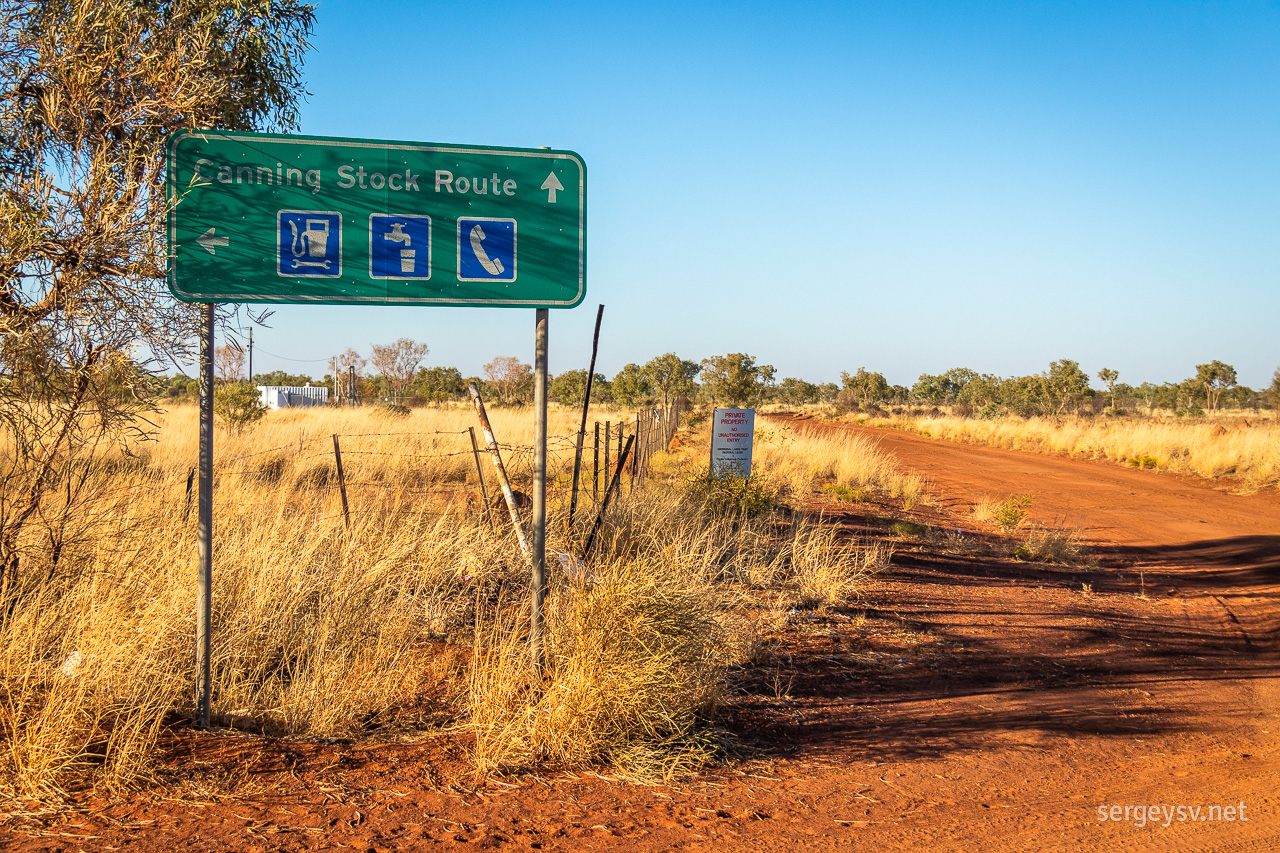 Enter at own risk!

The Tanami Desert is just as featureless and vast as it was a couple of weeks ago. As I drive further and further south, the termite mounds become less and less frequent; and as the sun climbs higher and higher up in the sky, their shadows shorten more and more. I'm going to see a lot less of them by the end of the day, and I'm also going to lose a fair chunk of daylight time, too. 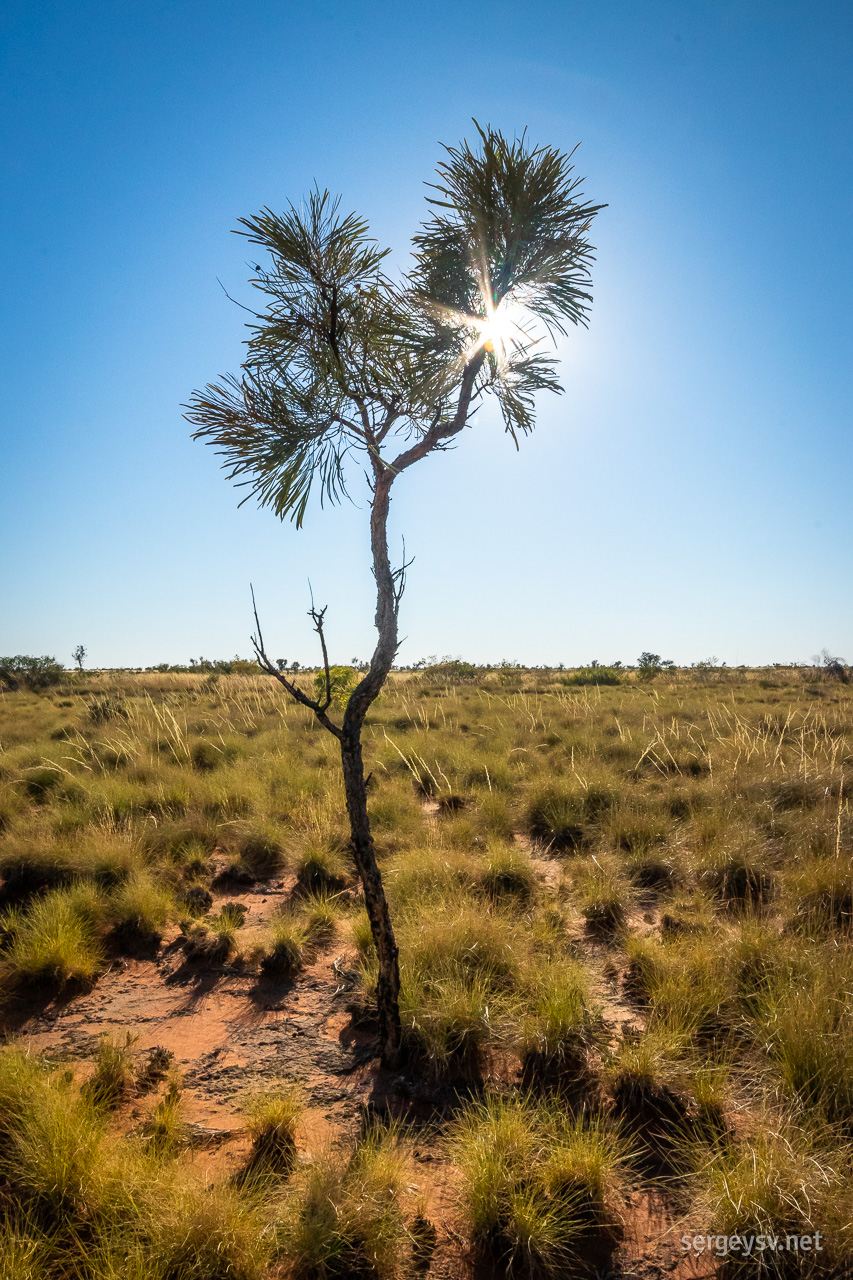 The small trees of the Tanami. 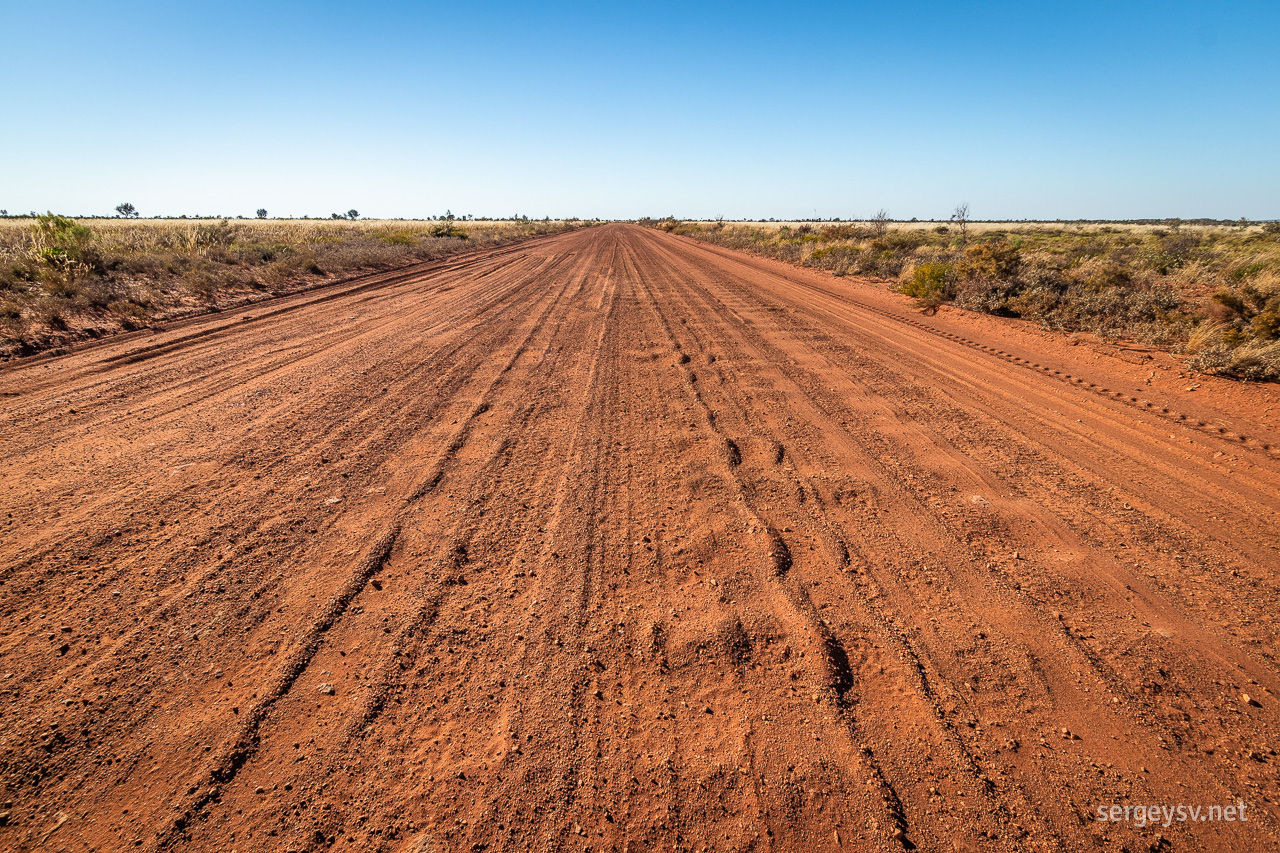 The road is not too bad, actually. 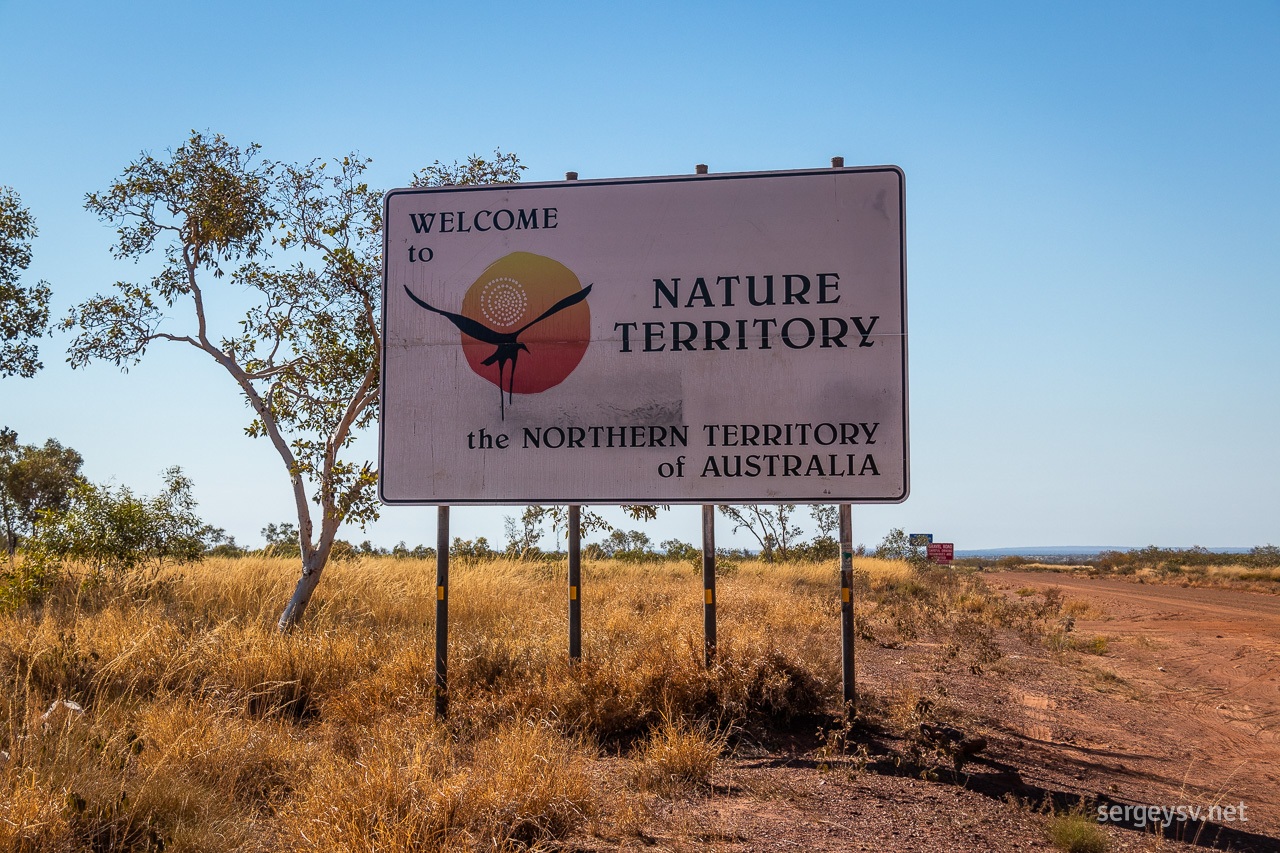 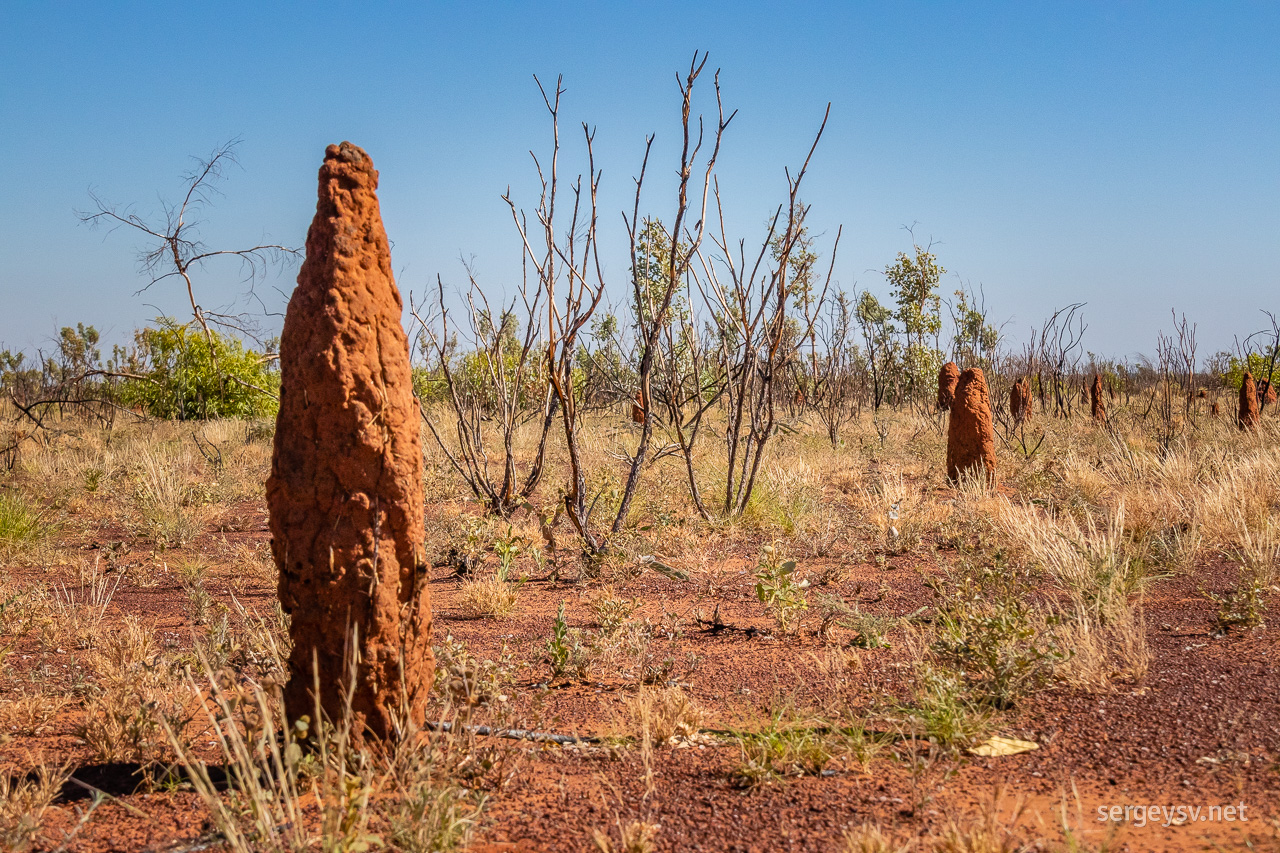 Love the red desert. And the termite mounds, of course.

My somewhat dull today's journey, however, is marked by two minor encounters. First, I get to see a small group of camels right on the highway; they retreat hastily to the bushes and eye me cautiously whilst I'm taking pictures of them. I always find it endearing to remember that there's a lot more wild camels right now here in Australia than in Middle East, where they originally come from. 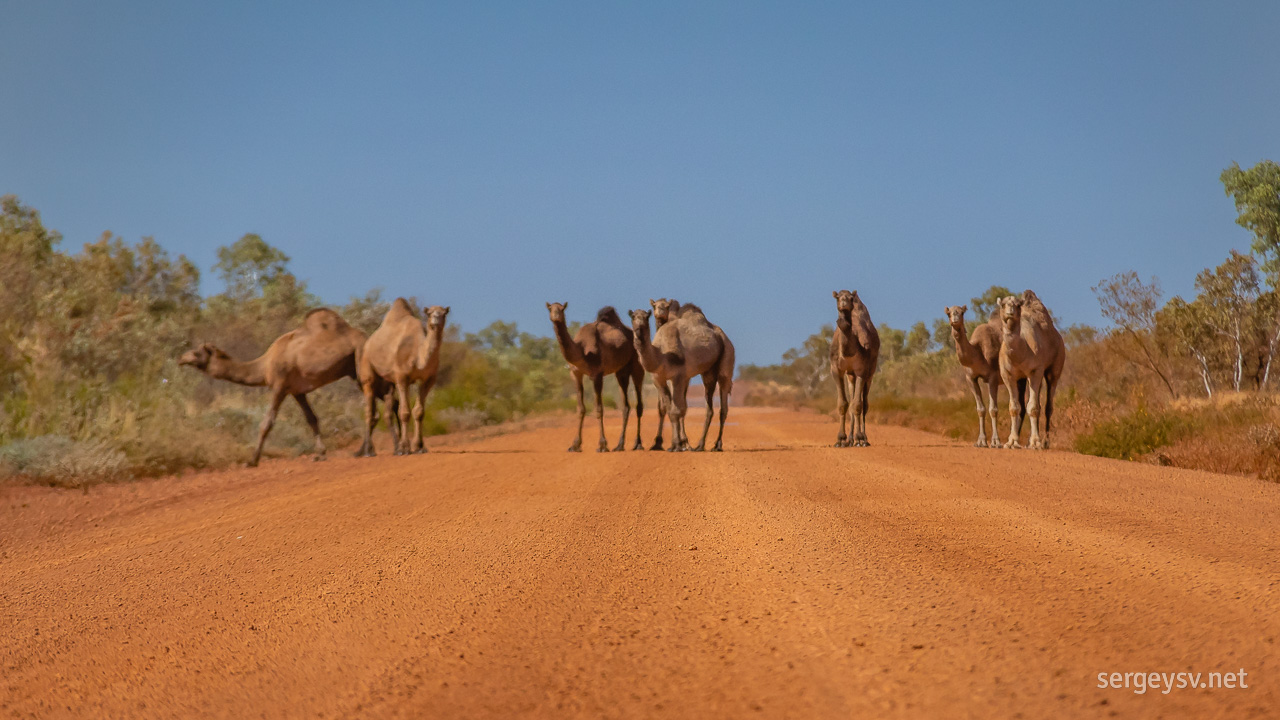 The rogue (and slightly out-of-focus) camels. 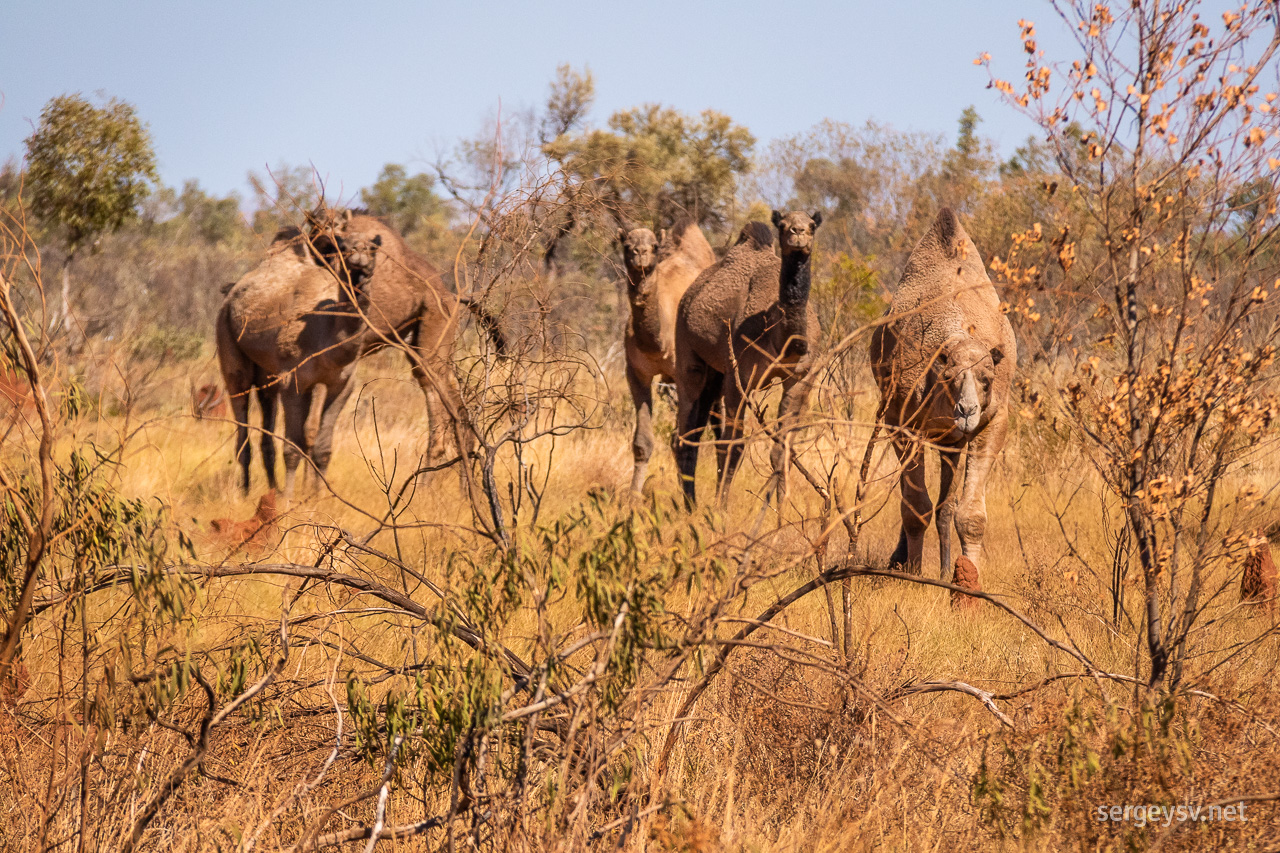 Being all camera-shy in the bushes.

The second encounter happens a bit later, maybe 50 km or so before the Yendumu Station. A vehicle is stranded on the road, along with its three passengers and several dogs; it looks like the wheel came off the disk completely, obliterating the studs as well. Now that's a nasty piece of work. Luckily, the guys are able to catch mobile signal from Yendumu, so they're not lost entirely, and I can't be much more helpful than that. It's a hot day, and the dogs are all resting under the car with their tongues out, calm and quiet, as opposed to their talkative and frustrated owners.

After a short while I stop for a quick bite on the same rest stop that looked so filthy last time I was here. It's much cleaner now (apparently, the shire council trucks do their job diligently), and it also features a large number of pigeons trying to snatch a drink from the water tank nearby. I pour a little on the ground just to help the guys out. 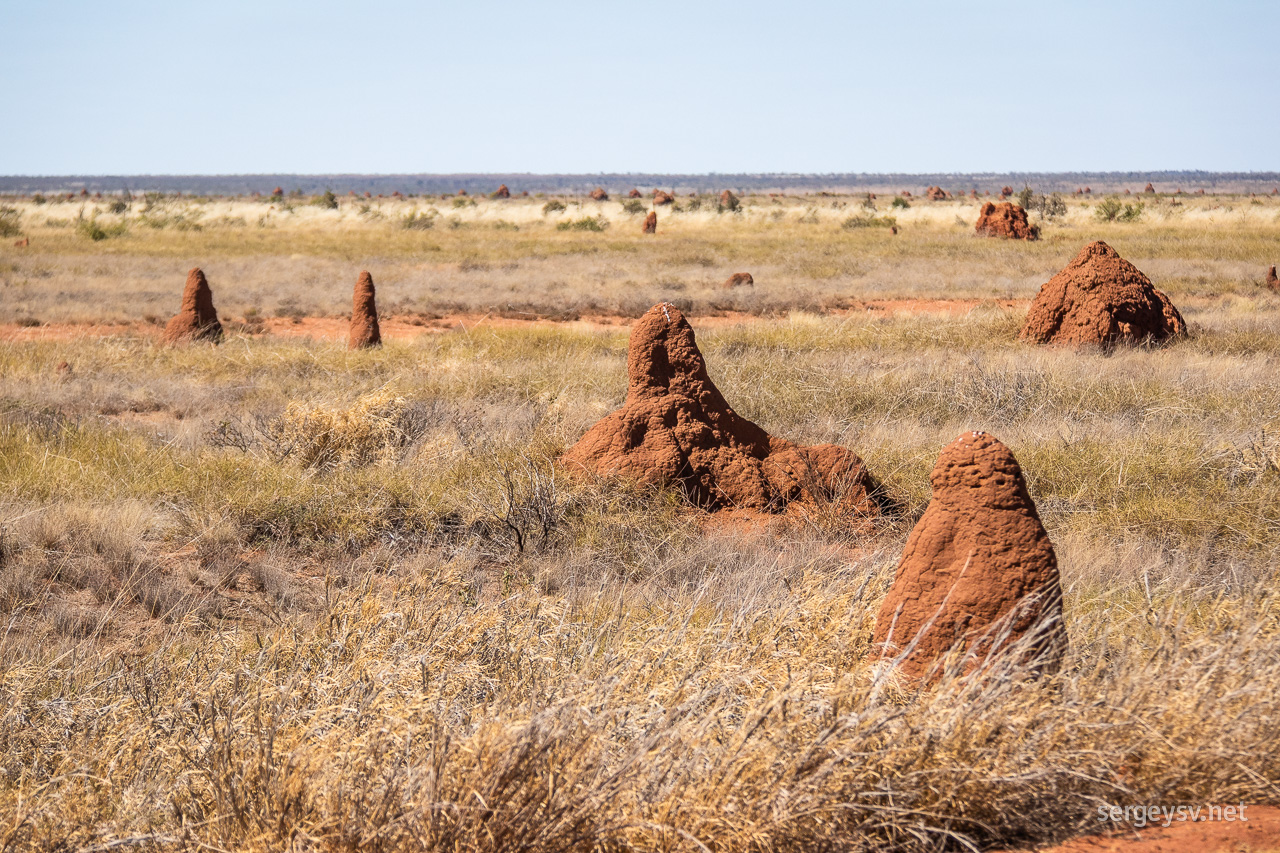 The termite mounds are getting few and far between. 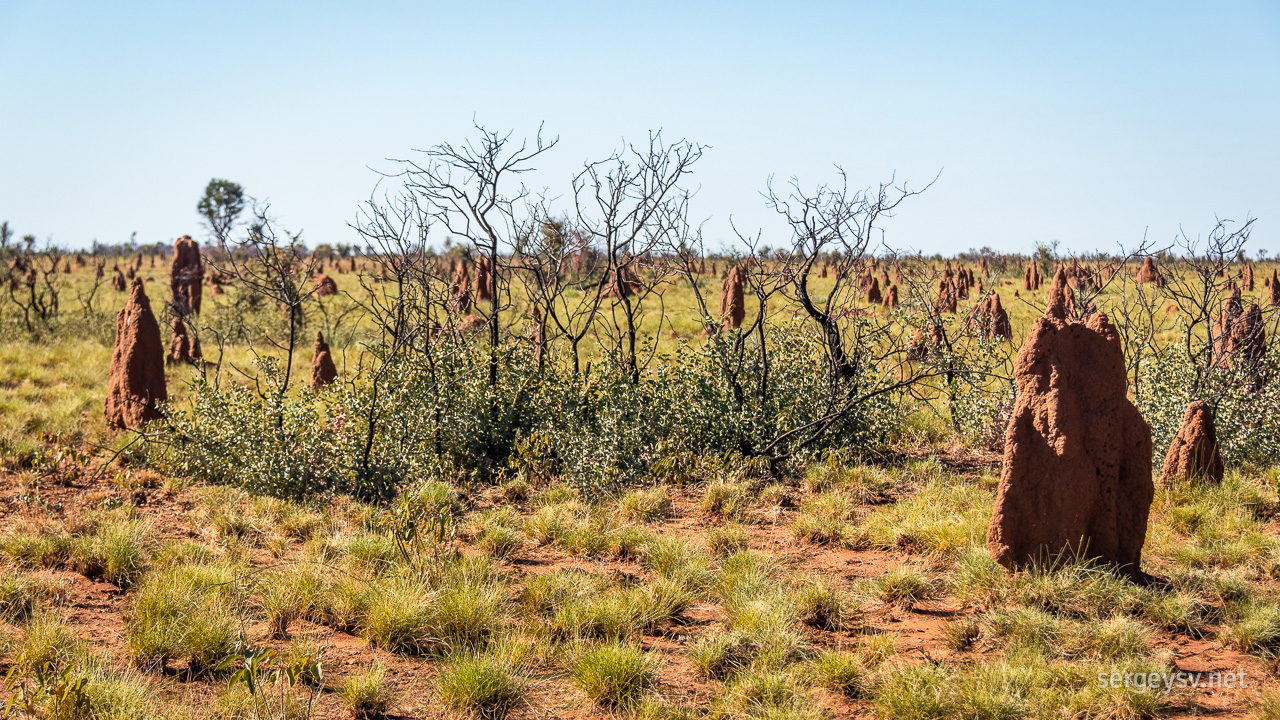 Can't get enough of them. 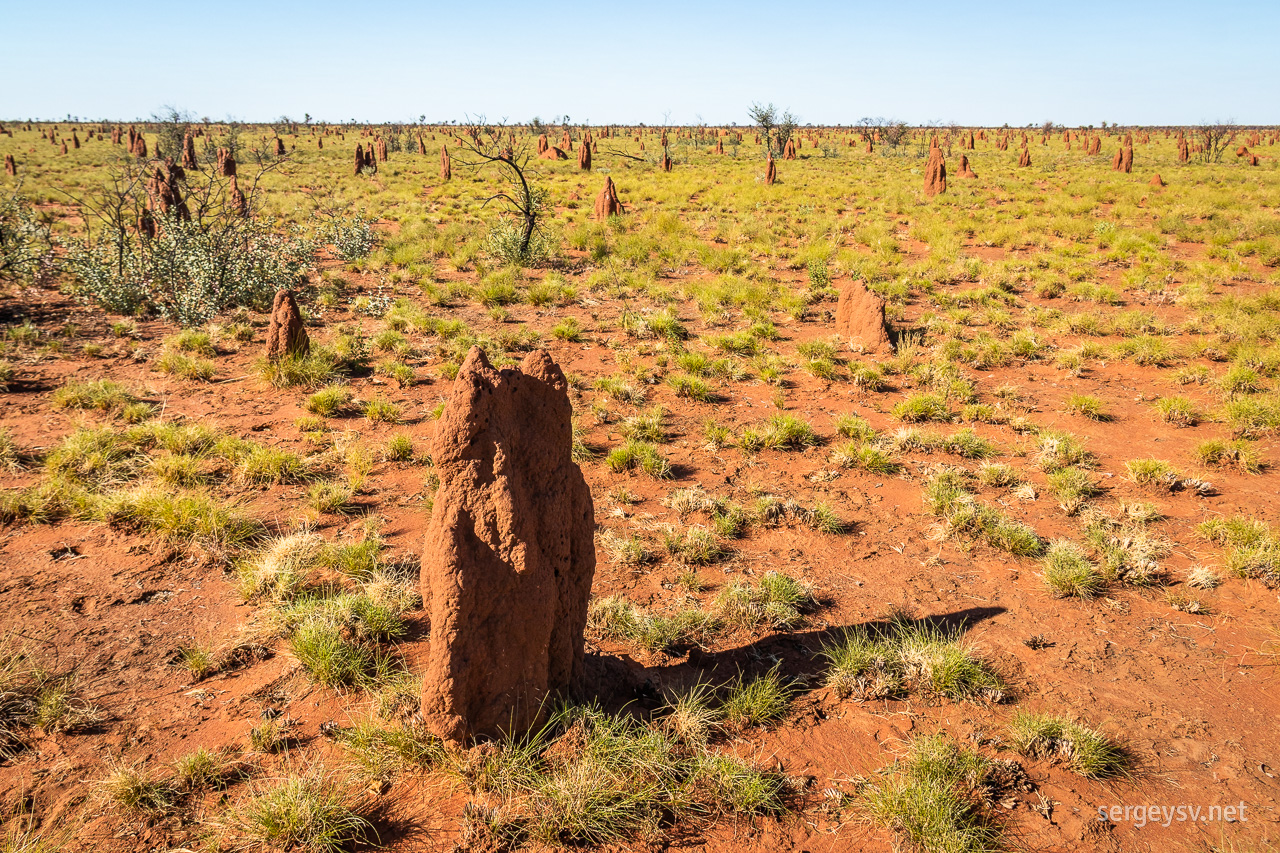 The sun is almost down when I finally reach the rest stop where I'm going to camp; the same, in fact, where I spent the night when I was travelling in the opposite direction. This time, however, I have some unexpected company: not tourists or Aborigines, but a tiny mouse of some kind, who somehow managed to slip inside the vehicle when I was opening and closing the doors. I'll be damned if I know how, and I'm just as baffled as to how to actually get it out; it runs around under my “bed” restlessly, and every time I try to open the door and chase it away, it quickly hides back. Well, let's hope it won't find my larder and eat its way through every edible item that I have on board.