23 Dec 2019 Travels, Darwin, Northern Territory
And so it comes to pass that in the early afternoon of December the 23rd, after 2,500 km of all kinds of roads (from “meh” to terrible), I finally reach Darwin. Been a while! The city looks almost exactly as I remember it, albeit noticeably more cloudy, hot and humid. The wet season is in full swing here, this far north, and hopefully I'll get to witness some of the numerous thunderstorms that the region is so famous for. 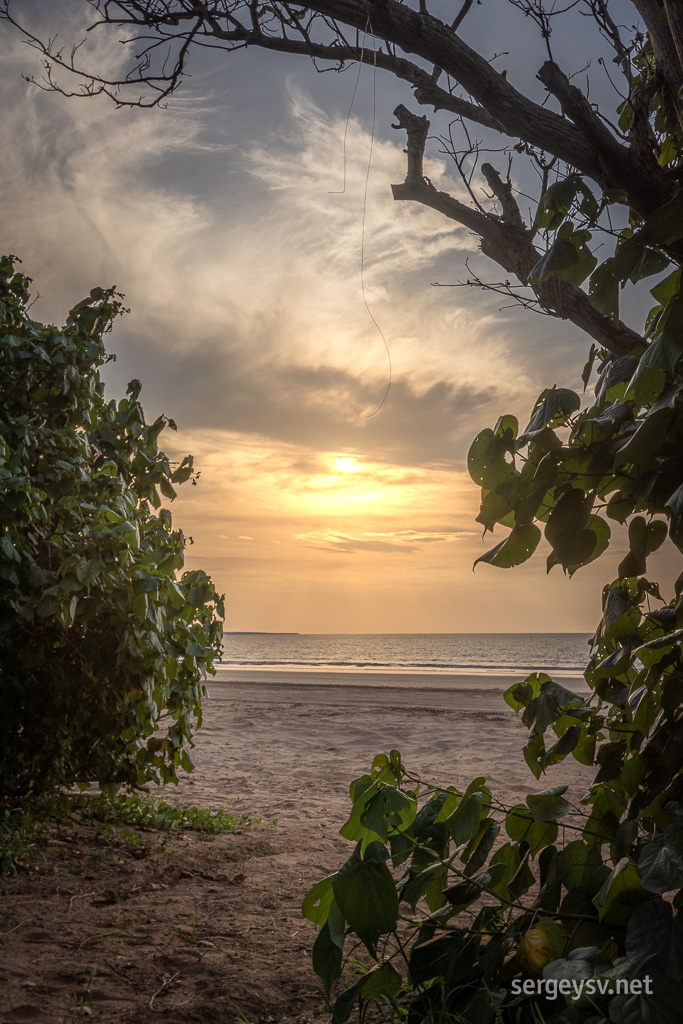 At the Gunn Point. 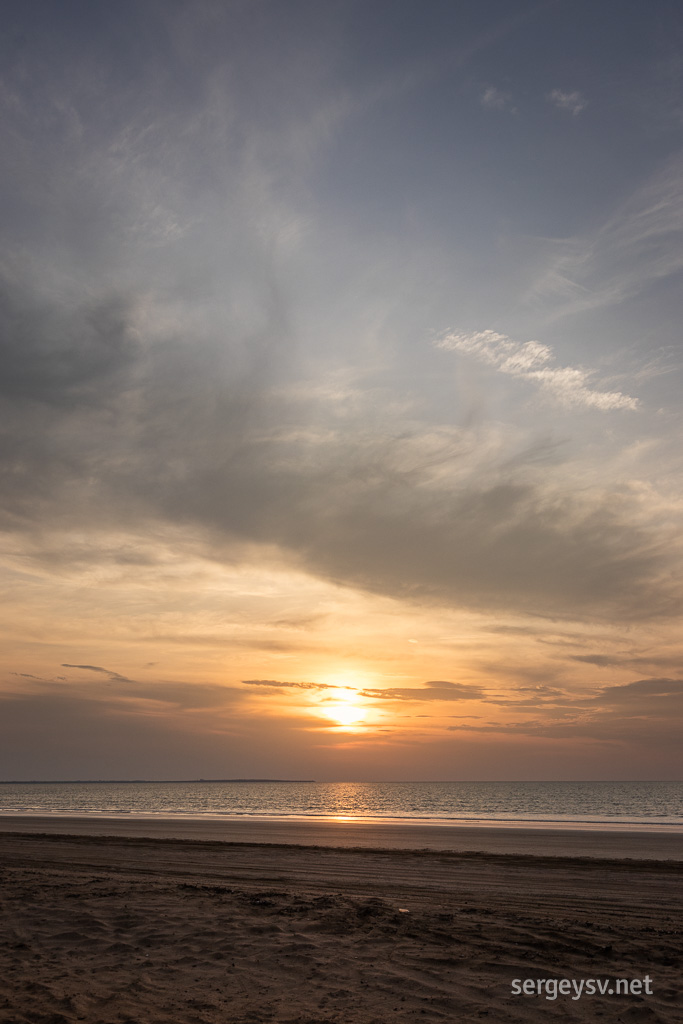 I camp at a place called Gunn Point, about 40 km north of the city - I can even see a fair bit of its lights across the bay. The road there is so brand new that neither Apple Maps nor Hema Maps know about it, and only Google seems to be in the loop. There's clearly a reason why they bothered to build a good sealed road here: the place is quite lovely, and it's obviously popular with the locals: every now and then an occasional ute runs past me along the beach, from one unknown point to another. Hopefully the local crocodiles don't mind this kind of traffic. 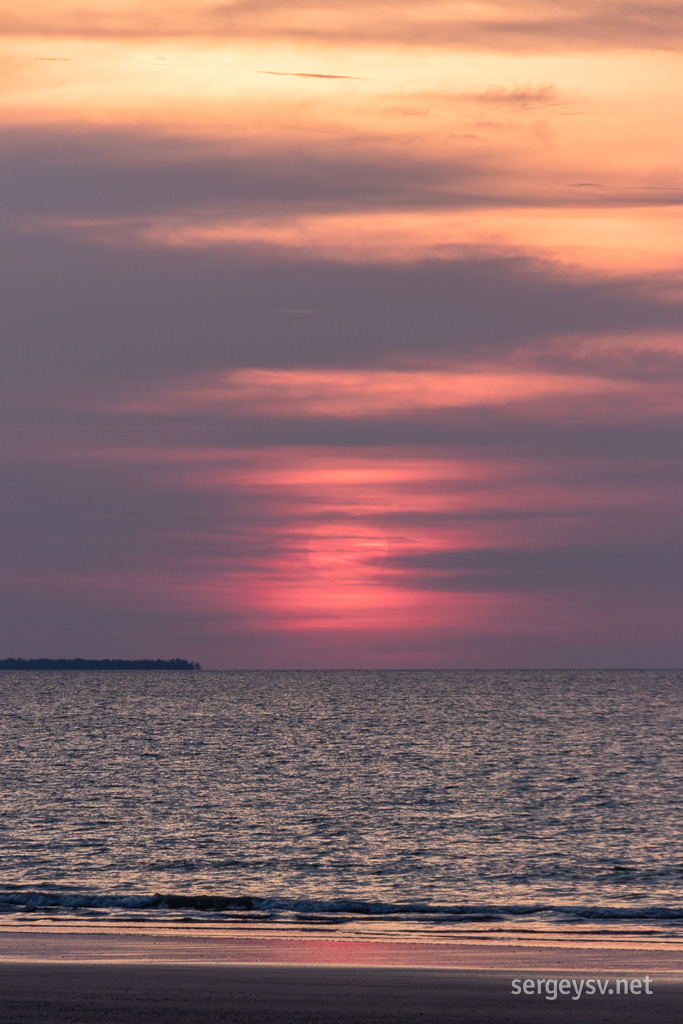 Many lines, one circle. 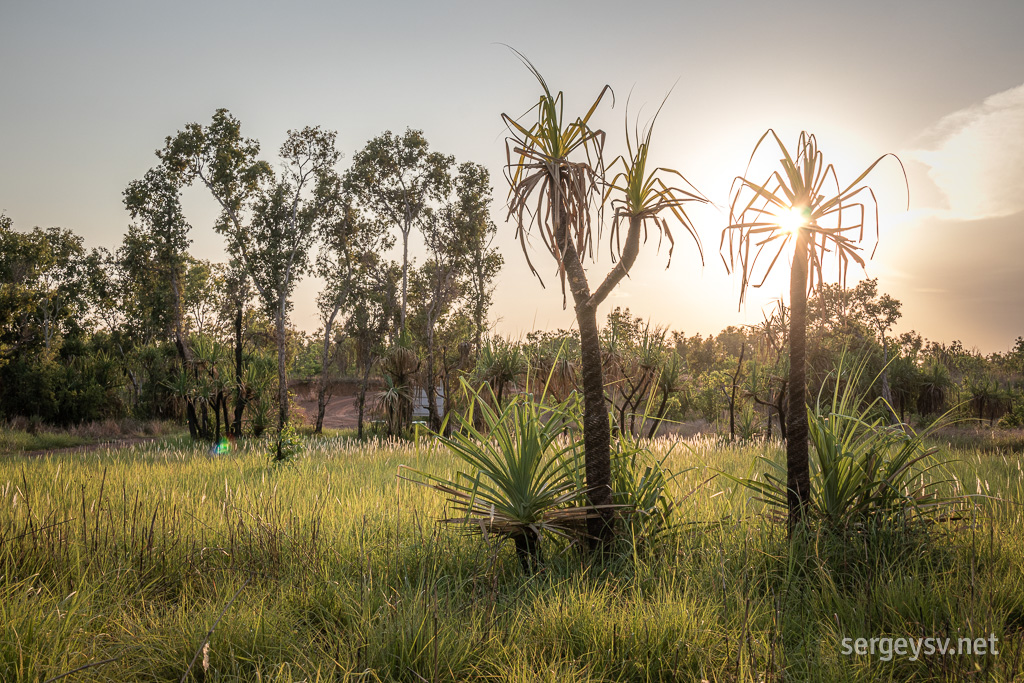 This is where I spend my Christmas (not that I care very much about this particular holiday): all alone, pretty far away from everyone I know – except for M, who I'm going to meet a few days later. The only family I have here is a rather jovial and relaxed one who decides to have a picnic literally a few steps from where I am. In their defence, they planned to have it here a few days prior (I've seen the prepared fire pit earlier when I made my camp), and they seem to be very nice, and even their kids aren't making too much of a noise. They even offer me to join the BBQ, but I politely refuse: I'm quite enjoying my scenic solitude so far. A bottle of vodka that I have with me right now also helps. 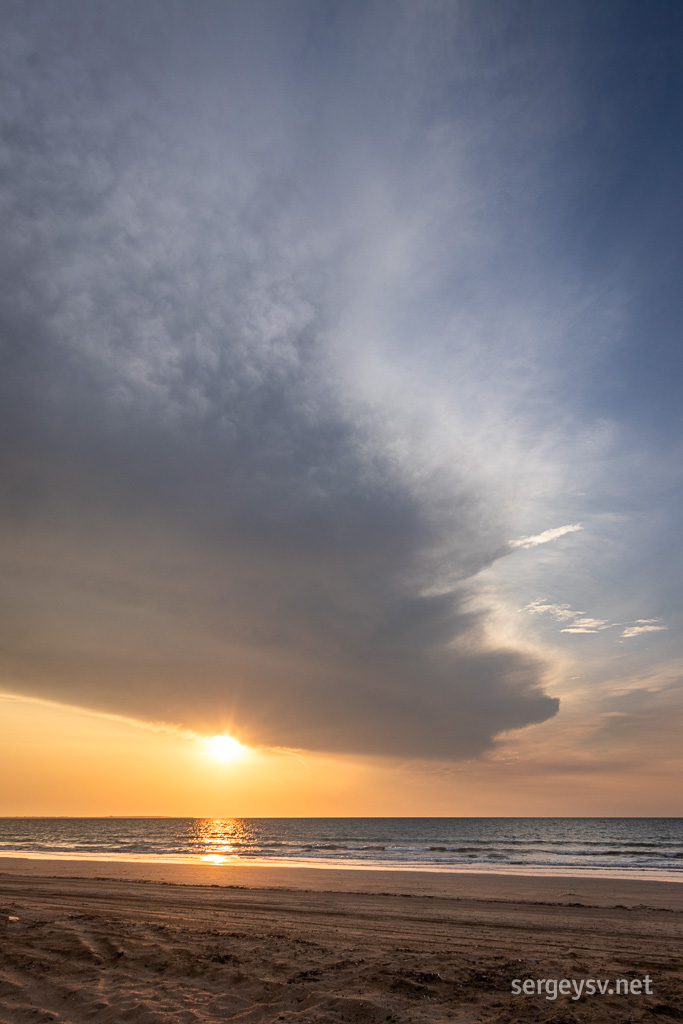 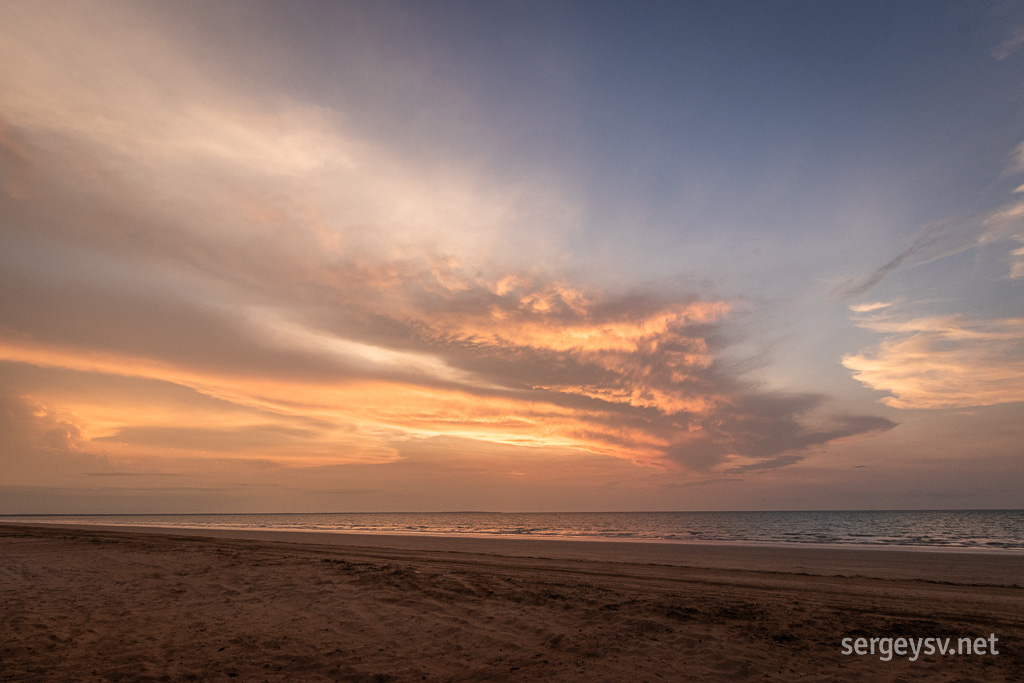 My electrics, however, don't feel nearly as fine. My solar panels don't keep up with the level of discharge I put it through – it doesn't help that one of the panels shorted due to a failure in the cord. I can fix that, but I can't fix the battery, which on the following night discharges past 11V and dies. Two batteries dead in two weeks! The weather is getting on my nerves, too: it's very hot and humid day in and day out, and I don't even bother to sleep in the car anymore. A folding bed in the tent (no blanket) is definitely a better option.

In a rather cranky mood thanks to all that, I return to Darwin on 27th, where I buy a new battery and spend a wonderful night with M. The hotel room is quite a pleasant change after a few sweaty nights in the tent; however, their air con is a bit too cold, and after that and a morning outside, back in the heat and humidity, I get not one, not two, but three cold sores all over my lips. On top of that, I also discover that the air con in my car is dead. When it rains, it pours, doesn't it?

After I say goodbye to M, I start considering my options. Here I am, with a dead air con and unreliable solar panels, in the middle of Christmas holidays without a single mechanic around available. And not a single bloody thunderstorm yet! All I've got so far is a few pretty sunsets and a few silent flashes in the distance during the night, but not much else. So, should I stay here for another week, or should I go?

I briefly consider to return to South Australia for a while, but eventually I decide to go back to Queensland. It's too hot out here for my comfort with my current camping setup, and deeper inland it's even hotter, whereas the climate should be a fair bit milder back on the East Coast – and my camper is going to be ready in 1.5 months anyway, so I might as well just stay there till then. However, there's 3,000 km for me to tackle if I want to do that, which means at least three days across Australia in the middle of scorching summer, without the air con. Will I survive that? Well, there's only one way to find out for sure.